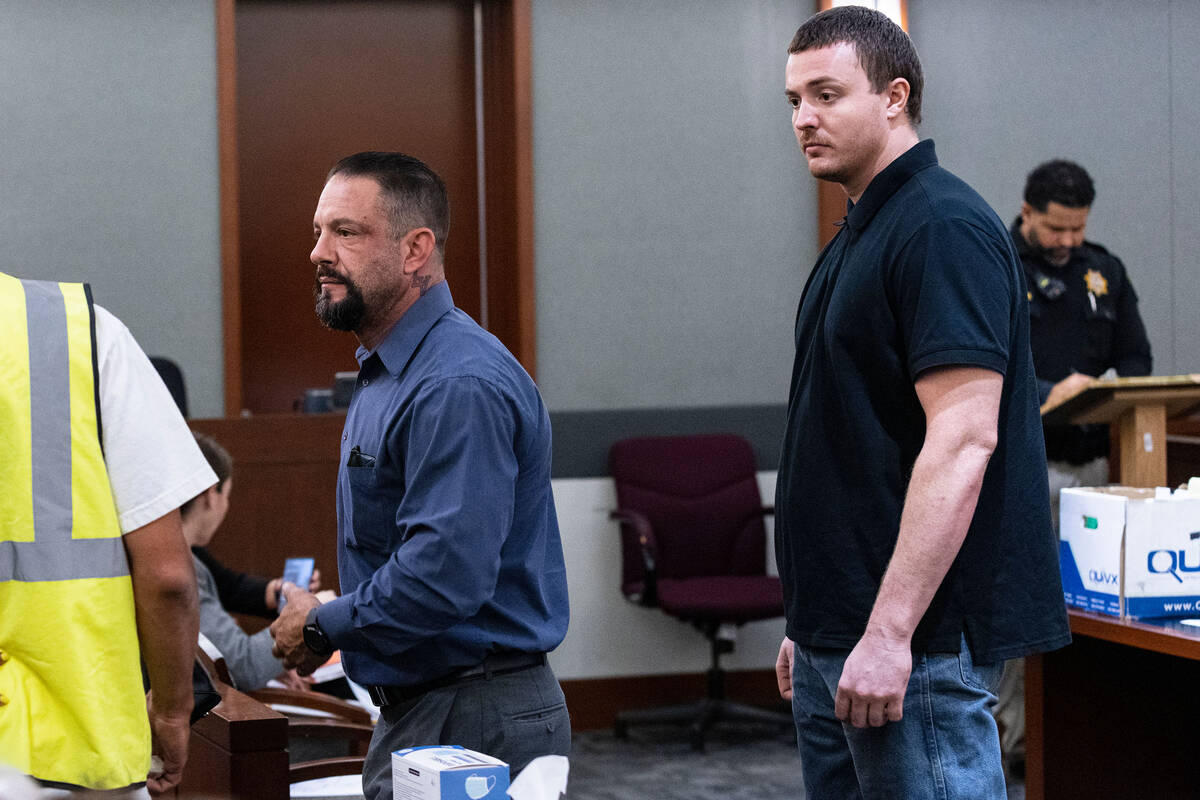 Stephen Alo, center, and Russell Smith leave the courtroom after a hearing at the Regional Justice Center on Aug. 24, 2022, in Las Vegas. Alo and Smith are two of the suspects in a shooting between members of the rival Hells Angels and the Vagos Motorcycle Club on U.S. Highway 95 in Henderson. (Bizuayehu Tesfaye/Las Vegas Review-Journal) @btesfaye 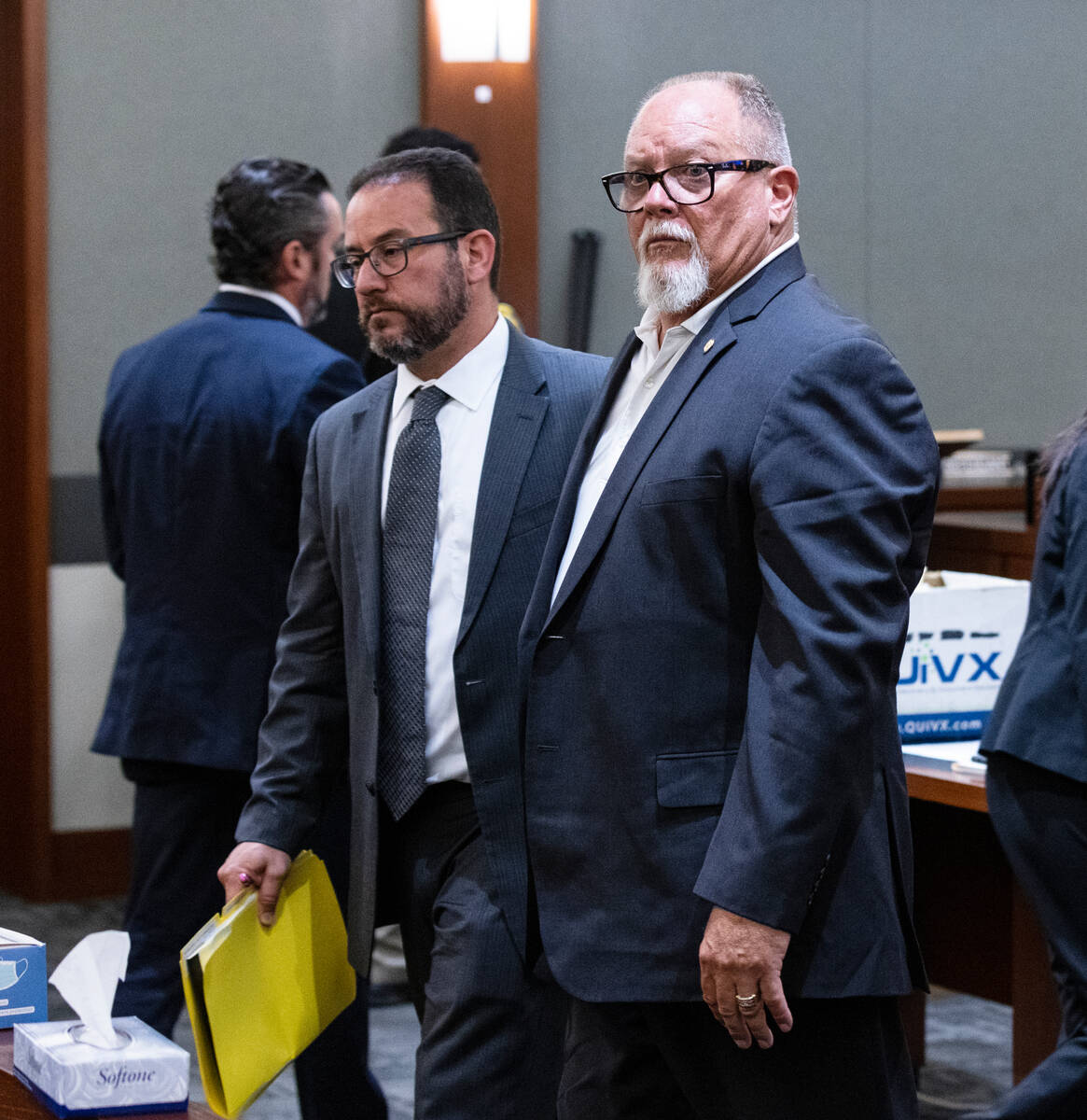 Richard Devries, 66, right, appears in court with his attorney, Richard Schonfeld, on Aug. 24, 2022, in Las Vegas. Devries is one of the suspects in a shooting between members of the rival Hells Angels and the Vagos Motorcycle Club on U.S. Highway 95 in Henderson. (Bizuayehu Tesfaye/Las Vegas Review-Journal) @btesfaye

Clark County Detention Center records show that Aaron Chun, 32, and Cameron Treich, 34, were arrested Monday on charges of racketeering, conspiracy to commit murder, attempted murder, battery, assault, and discharging a gun at or into an occupied structure.

Roneric Padilla, 39, was booked into the detention center Aug. 12 but is listed as a co-defendant for the other men, jail records show. He faces charges of racketeering and harboring a felony offender.

Russell Smith, 27, also was booked into jail on Monday and now faces a racketeering charge. Smith was initially arrested in May with Richard Devries and Stephen Alo in connection with the shooting.

Court records for Devries, Smith and Alo show that a grand jury indictment was returned on Friday but that the document was filed under seal. Their co-defendants were not listed in court records as of Tuesday morning.

Devries is the president of the Las Vegas chapter of the Hells Angels, prosecutors have said, while Smith and Alo have been described as “prospects” for the group.

Prosecutors have accused Hells Angels members of opening fire and injuring six Vagos motorcyclists on May 29 on U.S. Highway 95, west of Wagon Wheel Drive. A seventh person, who prosecutors said was a Hells Angels member, also arrived at a hospital with injuries following the confrontation.

The shooting happened after a Memorial Day weekend ride from Hoover Dam to the Southern Nevada Veterans Memorial Cemetery in Boulder City, police have said.

Prosecutors have said the gunfire may have been in retaliation for a San Bernardino, California, shooting that left a Hells Angels motorcyclist dead, although a Vagos member challenged the claim during a grand jury hearing in June, according to court transcripts.

Devries’ defense attorney, Richard Schonfeld, filed a motion on Friday to recall an arrest warrant for Devries that was issued as a result of Friday’s indictment. According to the motion, the judge who approved the arrest warrant issued bail conditions that were previously denied by District Judge Tierra Jones.

Jones had denied the state’s request for Devries, Smith and Alo to be ordered not to associate with the Hells Angels, according to the motion.

“Now the State of Nevada has gone to a different Judge and secured the very same non-monetary conditions that were denied by the presiding Judge in this case,” Schonfeld wrote in the motion.

Chief Deputy District Attorney Michael Dickerson wrote in the state’s opposition to the motion that judges are allowed to change pretrial detention conditions depending on changing circumstances.

The prosecution document, which was filed Monday evening, also states that Devries had not been arrested or “located at his last known residence.”