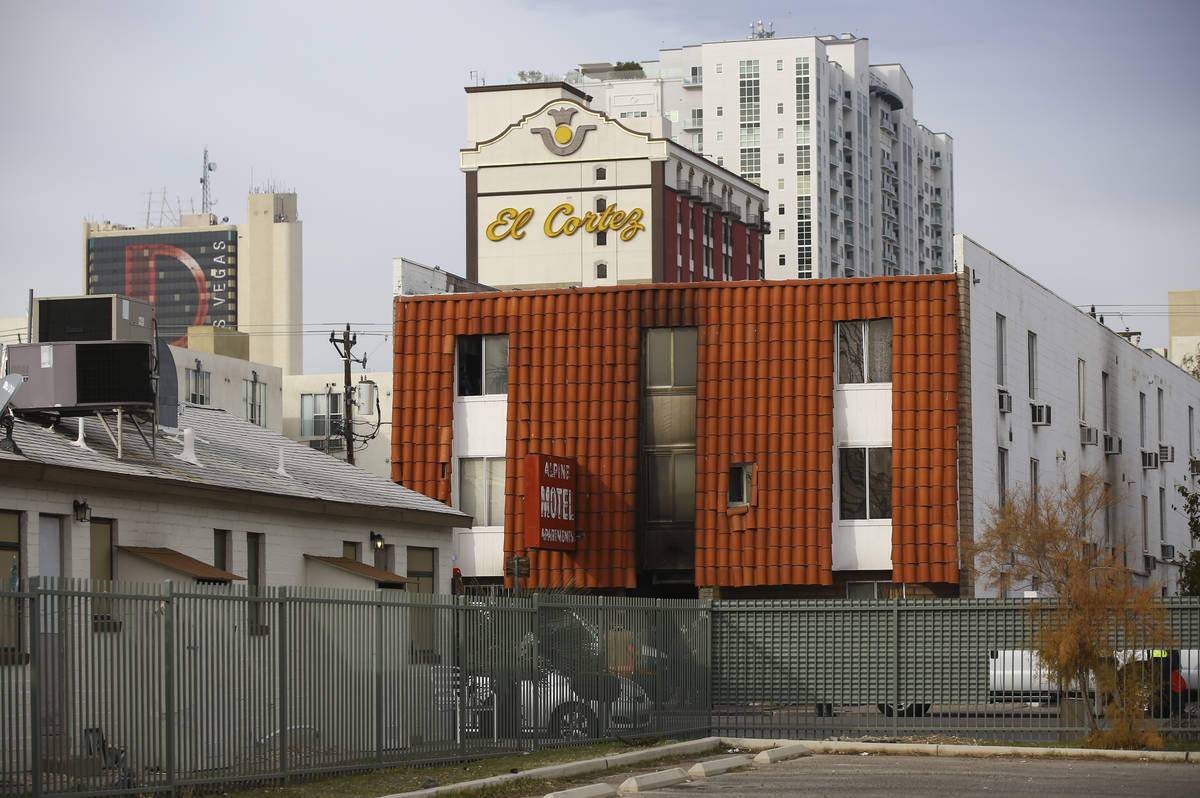 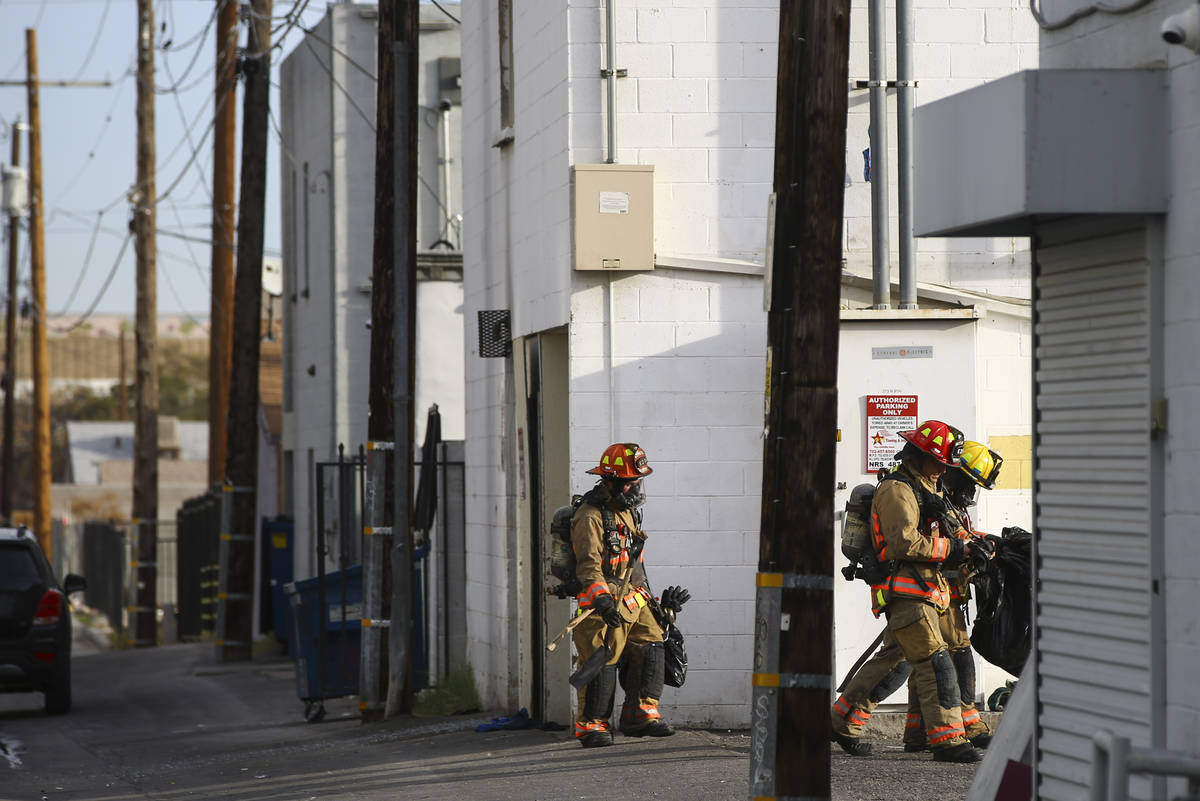 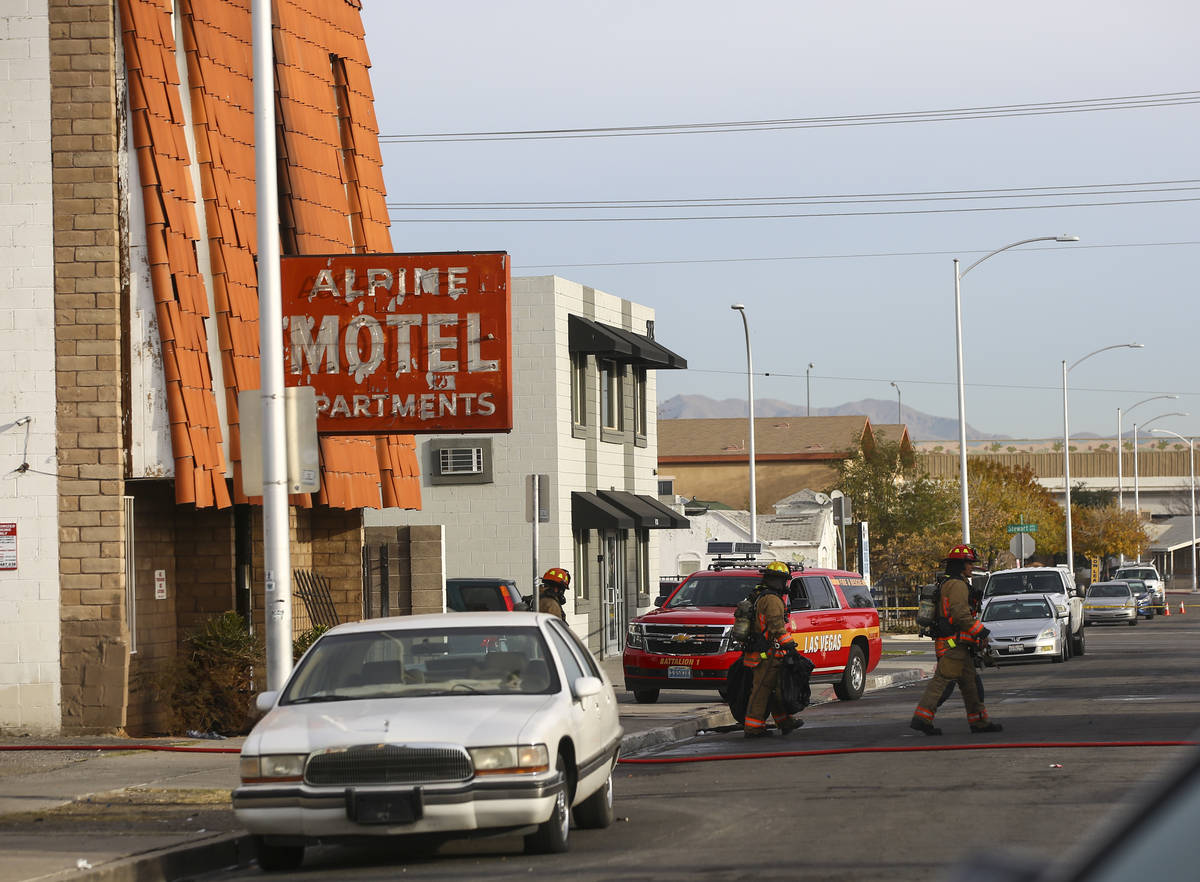 Las Vegas firefighters work the scene of a fire at a three-story apartment complex early Saturday, Dec. 21, 2019 in Las Vegas. The fire was in first-floor unit of the Alpine Motel Apartments and its cause was under investigation, the department said. Authorities say multiple fatalities were reported and several were injured. (Chase Stevens /Las Vegas Review-Journal)

Dozens of surviving residents of the Alpine Motel Apartments, where six people died in the deadliest residential fire in Las Vegas history, filed a lawsuit Monday against the property owner and companies that installed smoke and fire alarm systems.

The suit was brought just days after attorneys and a Clark County judge met via telephone and videoconference to plan out the potential return of personal items abandoned after the Dec. 21 blaze.

“Defendants knew or should have known that the equipment, devices, products, and/or conditions that caused or contributed to the fire and damages described herein were faulty and that the Alpine Motel was unreasonably dangerous and/or failed to meet or comply with applicable laws, codes, and/or ordinances,” the suit on behalf of 43 residents stated. The “units were uninhabitable and/or failed to provide basic essential services and/or utilities, including heating and air systems.”

More than 40 fire code violations were discovered during an inspection of the property after the fire, including a defective fire alarm system as well as missing and inoperable smoke detectors.

Las Vegas fire officials have said that the fire likely originated from a stove in a first-floor unit. Survivors told the Review-Journal that the smoke detectors in their rooms did not activate during the deadly blaze and that the building’s rear exit door was bolted shut.

Separate lawsuits have been filed on behalf of those who died.

Attorney Robert Eglet, whose firm Eglet Adams filed Monday’s lawsuit, and others are due back in court on Thursday to learn more about how personal property such as cash, medication, photographs and personal documents might be returned to the former tenants. Since the fire and subsequent investigation, much of the property has been contaminated by asbestos.

It would cost about $9,000 to clean asbestos from salvageable items from 26 rooms in the motel, according to an estimate posted in Clark County District Court records on Friday. That price did not include cleaning items damaged by smoke or fire.

Steve Jaffe, a lawyer for Orozco, said he had not seen the lawsuit filed Monday and declined to comment. Representatives for the other companies named in the suit could not be reached.