A class-action lawsuit demands refunds for all passengers who used Uber Pool in Nevada in the past six years, alleging that the carpool service should not have been allowed in the state.

The lawsuit, filed Tuesday in Clark County District Court, alleges that Uber never obtained permission or a business license in Nevada for the service that allows passengers to share discounted rides with other users.

Attorney Craig Drummond, who filed the lawsuit, said Nevada law allows for ride-sharing companies to operate in the state but does not permit them to run carpooling services.

“They’ve never been authorized to do this,” Drummond said.

Uber first tried operating in Nevada in 2014 but had to halt services after only a month after losing a court case. The next year, the Nevada Legislature passed a bill authorizing ride-hailing companies in the state.

According to Nevada law, the regulations passed in 2015 do not apply to a “digital network or software application” that allows people “who are interested in sharing expenses for transportation to a destination, commonly known as carpooling, to connect with each other.”

“Uber, at some point after that happened, decided to implement Uber Pool without anyone’s permission,” Drummond said.

The company should be able to refund anyone who has used Uber Pool in Nevada, the suit alleges, because user information “is kept and stored in Uber’s electronic database.”

Uber did not respond to request for comment sent Thursday.

To operate Uber Pool in Nevada, the law would have to be changed or the company would need to seek permission from the Nevada Transportation Authority, Drummond said.

According to a copy of a Dec. 14 letter from the agency obtained by the Review-Journal, the Nevada Transportation Authority was “not aware of any approvals ever being granted” to Uber for the carpooling service.

Drummond said he requested the letter from the agency in a 2020 lawsuit filed against Uber by Steven Terry, who is also a plaintiff in Tuesday’s class action lawsuit.

In May 2018, Terry was in an Uber Pool when he and the driver were kidnapped by two other passengers — Aveyon Nevitt and Raitasha Williams-Gardner, according to the lawsuit. Nevitt struck Terry in the head with a firearm, forced the Uber driver onto a highway towards Arizona and shot at passing semi-trucks while near the Hoover Dam, the lawsuit said.

Nevitt pleaded guilty to kidnapping, aggravated assault and theft of means of transportation. A judge in Kingman, Arizona, sentenced him in April 2019 to 20 years in prison, while Williams-Gardner was sentenced to seven years and six months, according to The Associated Press.

Drummond said Terry’s kidnapping was an example of the safety concerns inherent in Uber Pool. If the car pooling service was properly licensed, Drummond said, then the Legislature or the Nevada Transportation Authority could impose safety precautions.

“It’s a safety concern when you put random people together in vehicles,” Drummond said. 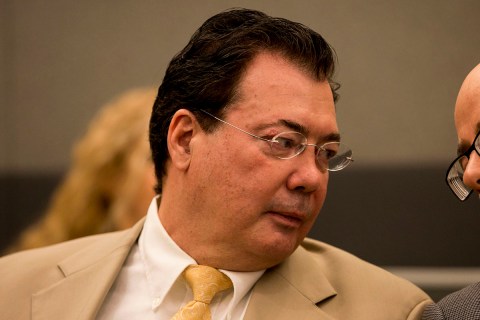 A former Las Vegas Township constable accused of theft and wiretapping will not serve probation or prison time after pleading guilty to misconduct of a public officer.