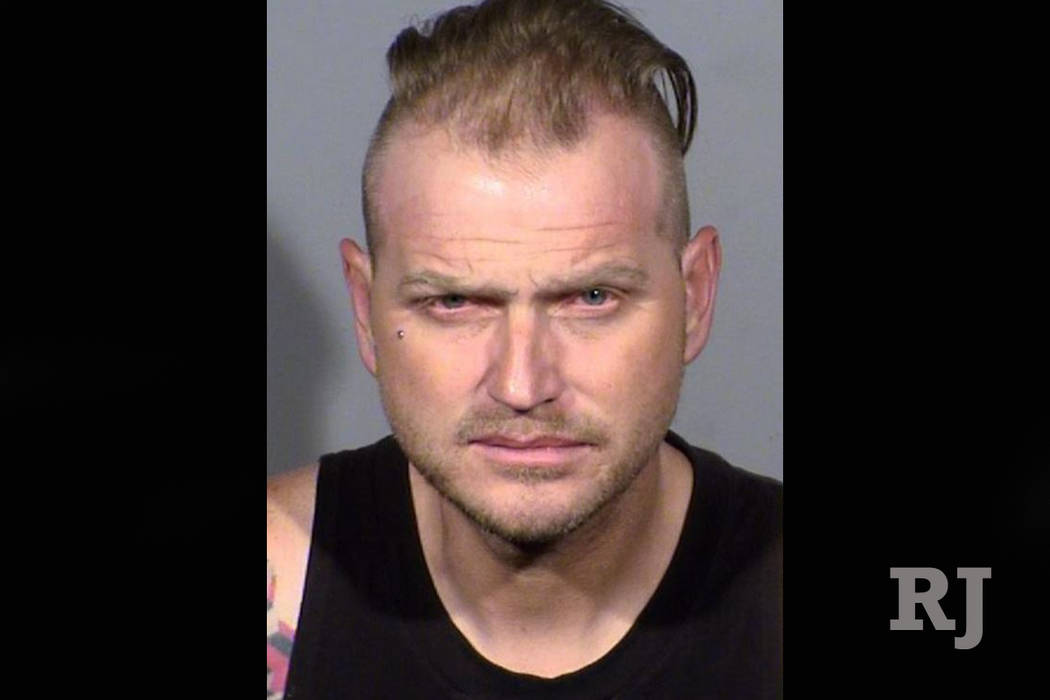 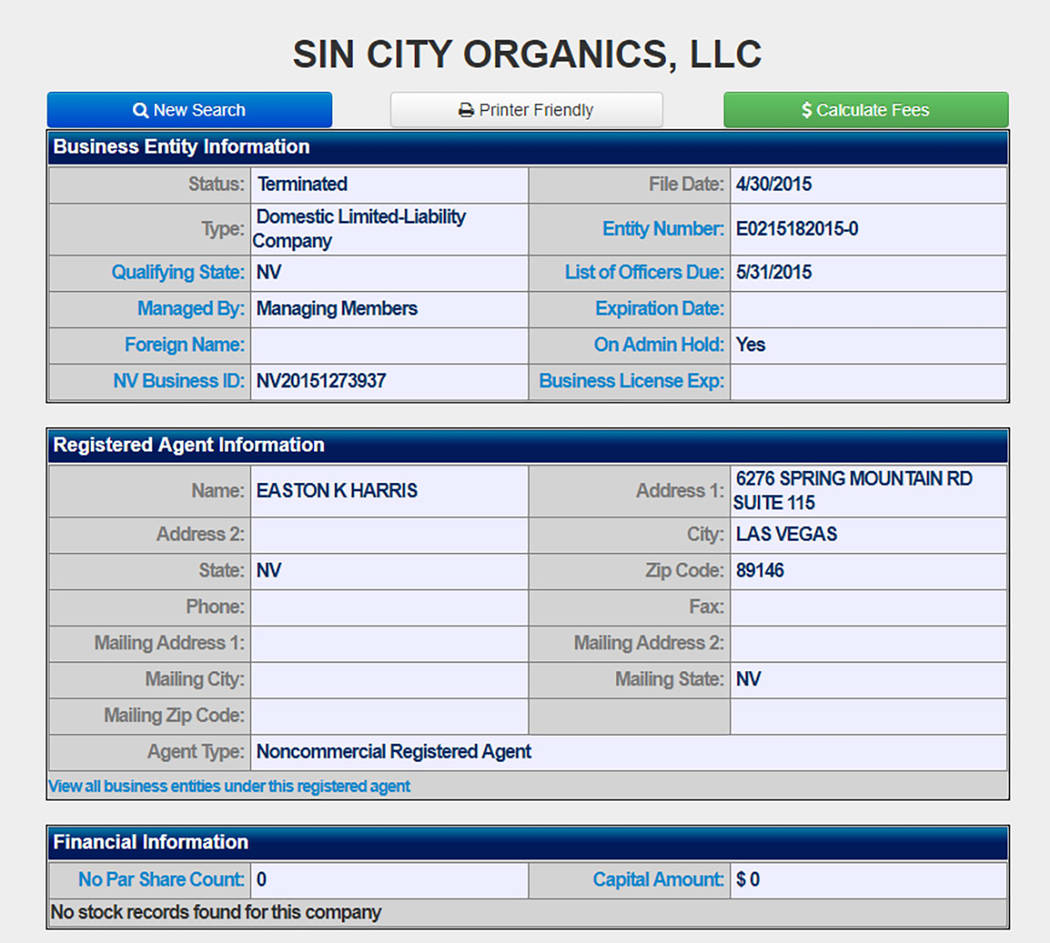 A screenshot shows registration information for Sin City Organics, LLC. The registration has been terminated.

A now-disbarred Las Vegas lawyer and his childhood friend were indicted this month after at least three people were scammed into investing thousands of dollars in a fake medical marijuana company.

Easton K. Harris was suspended by the State Bar of Nevada in December 2015 and disbarred in June over more than 100 professional conduct violations involving at least 23 clients. The State Bar said Harris either charged his clients fees, then didn’t do the work he promised, or collected their money for safekeeping and spent it.

According to a Las Vegas police arrest report, Harris and Jonathan Peirsol reached out to at least three acquaintances who did not live in Las Vegas about investing in Sin City Organics LLC — a fake medical marijuana cultivation center and dispensary.

The company was registered through the Nevada secretary of state’s office but the company never existed.

The investor, whose name was redacted from the report, told police she flew to Las Vegas in July 2015 to see the property. She told police Harris and Peirsol took her to a nondescript building near the Strip, which they claimed was “the location they were going to build out for the grow/cultivation facility,” according to the arrest report.

“When they arrived, they got out of the car and Harris began looking into the window of the building,” the report continues. A man inside, later identified as its true owner, came out and asked who they were, then let them in the building, which was “full of junk and mechanical stuff.”

Harris explained away the interior by noting he had just obtained permits to make major upgrades.

After the impromptu tour, the pair drove to a secondary property in North Las Vegas, which they claimed would be used for distribution, the investor told police.

“They did not have access to the inside of the building but they walked around the perimeter of it,” the report states.

Harris and Peirsol allegedly collected about $166,000 from their duped investors — money the investors never got back, according to the report.

The case was brought to authorities after the investor again flew to Las Vegas in November 2015 to figure out what was going on, then realized after returning to the properties she had toured that their true owners had never heard of Sin City Organics.

A financial investigation later revealed that none of the money invested was used to create the medical marijuana company. The funds were used “to pay other expenses that appeared personal in nature,” including purchases at gas stations, grocery stores, restaurants and bars, and to pay for at least one trip to Belize, the report states.

Harris and Peirsol each face four counts of theft.

At the time of the indictment, Peirsol was in federal custody, where he remains for a separate case. Harris previously was arrested, then released on his own recognizance. He since has disappeared and is wanted on a warrant.

According to State Bar records, he attended law school at the University of Montana and had been licensed to practice law in Nevada since 2007.