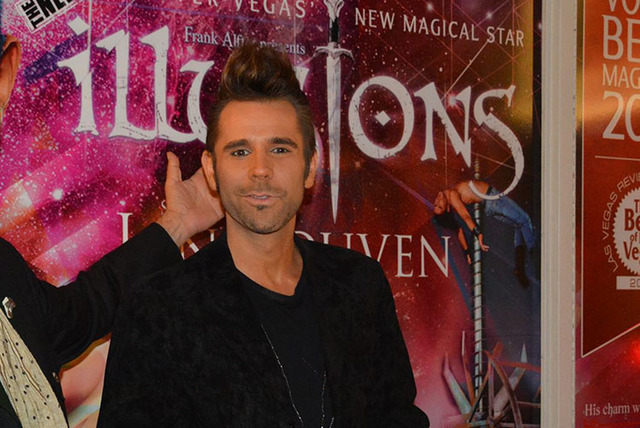 “The risk to our children from sexual predators is constant and continuing,” Bogden said afterward in a prepared statement. “We will continue to aggressively investigate and prosecute these disturbing cases and dangerous defendants as part of our implementation of the Project Safe Childhood initiative throughout Nevada.”

Rouven’s sentencing is scheduled for March 16 before U.S. District Judge Gloria Navarro, who heard more than two days of testimony during a bench trial before Rouven cut a deal with prosecutors. He faces up to 365 months, or a little more than 30 years, behind bars.

Outside of court, defense attorney Jess Marchese said he would ask the judge for a sentence of five years, or the minimum possible prison time. But more time could be added to Rouven’s sentence because of the sheer volume of child pornography discovered at his home.

As the judge read through the allegations that prosecutors laid out in the plea agreement, Rouven disputed the figures, saying that some of the images could have been duplicates.

Rouven, who was indicted under his full name, Jan Rouven Fuechtener, also faces a fine of $5,000 for each victim authorities identify. Defense lawyer Jess Marchese said there could be as many as 85 identifiable victims, which amounts to a total fine of $425,000.

The illusionist has been in federal custody since March 16, when he was arrested by FBI agents. The Tropicana Las Vegas canceled Rouven’s show and severed ties with him a day after the Las Vegas Review-Journal reported his arrest.

Of the plea deal, which was hammered out during a break in testimony from the lead FBI agent on the case, Marchese said: “I don’t think he’s happy, that’s for sure.” But Marchese said all of Rouven’s lawyers believed the plea was in his best interest.

At trial, prosecutors also had alleged a charge of advertising child pornography, which was dropped as part of the negotiation. If convicted of all charges, the former star of the Tropicana’s “The New Illusions” show could have faced upward of 80 years behind bars.

U.S. immigration officials revoked Rouven’s work visa in June, citing the criminal case and the fact that Rouven no longer had a job as an entertainer.

Both Rouven and Alfter are German citizens, and Alfter since has left the United States. Rouven is expected to be deported after he serves his prison term.

Investigators later found images and videos — which ranged from five minutes to more than an hour and featured juveniles, adults and animals — on devices in Rouven’s backyard casita, on his pool deck, in his kitchen and in his bedrooms, Assistant U.S. Attorney Elham Roohani told the judge.