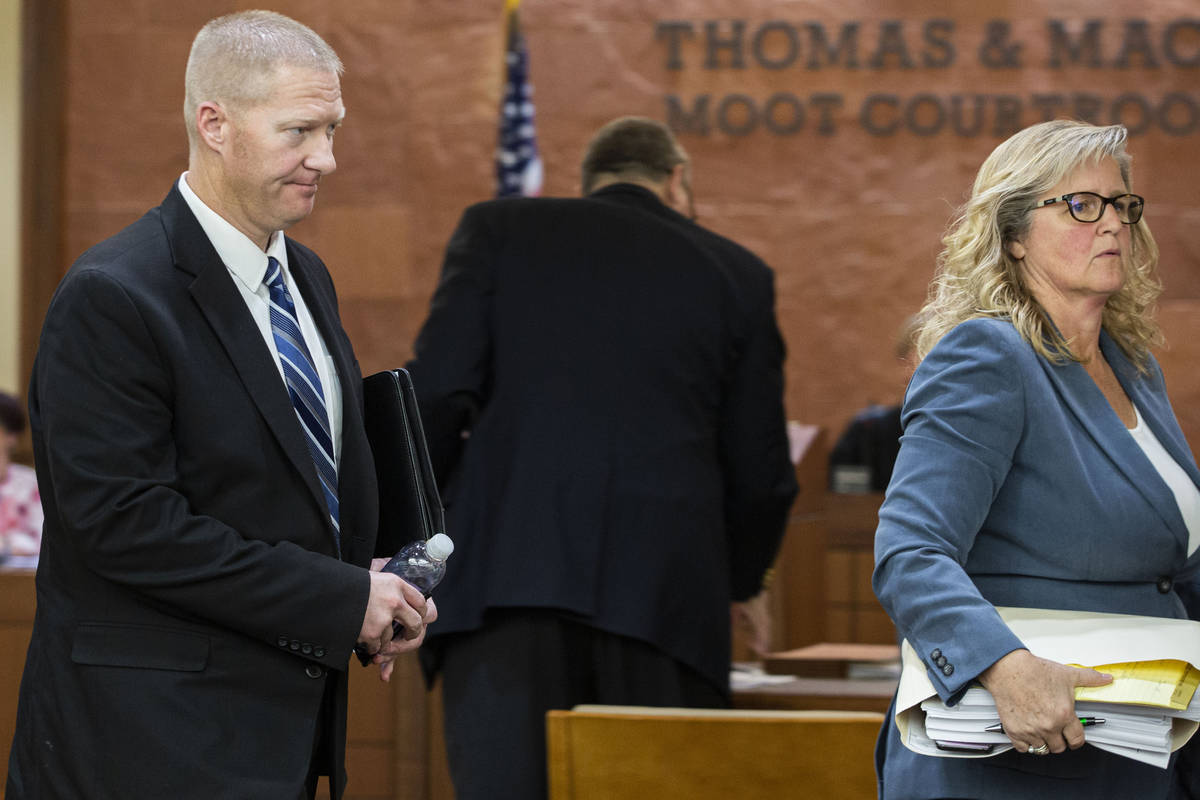 A Henderson officer who claimed that years of police duties worsened his progressive hearing loss will get another chance at workers’ compensation after a decision from the Nevada Court of Appeals.

In an 18-page opinion from the three-judge panel, the appeals court helped define the workers’ compensation rights for people who enter a job with pre-existing conditions that are then exacerbated by their work.

Jared Spangler, now 41, was hired as a Henderson officer in 2003 with what court records described as “some level of hearing loss.” He initially tried to file a workers’ compensation claim three years later, but it was denied.

As his condition worsened through a decade of the loud blasts of sirens, gunshots and noise in his radio earpiece, he filed a second petition, which also was rejected. He appealed that denial, and his case made its way before the appellate court.

Spangler’s attorney, Lisa Anderson, said the decision handed down Thursday could have a sweeping impression on workers’ compensation cases in the state.

“It’s always our goal to champion the injured worker,” Anderson said. “The goal is to make it easier for the next guy, so they can move through the system a little faster than perhaps Jared was able to.”

In a unanimous decision written by Judge Jerry Tao, the court focused on state law that examines the distinction of “compensation when a condition that preexisted the job was aggravated, precipitated, or accelerated by the contraction of an occupational disease.”

During an argument in January, a lawyer for the city of Henderson argued that Spangler did not produce sufficient evidence to show that the hearing loss was caused by a series of accidents because the law would require him to submit a workers’ compensation claim for each one.

But the appeals court disagreed.

“Even if the condition was originally genetically inherited and always present since birth in some limited form, after later becoming employed, the employee may nonetheless be entitled to compensation if his or her current employment triggered an occupational disease that aggravated the original condition beyond its natural progression,” the decision stated. “On the other hand, if the current state of the condition is nothing more than a mere recurrance of the same condition that was always present and does not constitute a new aggravation of it beyond its natural progression without the employment, then no compensation is due.”

The official who rejected Spangler’s claim issued a finding that was “brief and therefore not entirely clear,” Tao wrote.

Henderson’s attorney could not be reached Friday.

Because officers undergo annual physicals that include hearing exams, Spangler’s lawyer said she could show how his condition grew worse before he was reassigned to a desk job from patrol.

He would be due compensation for the loss he suffered during his job through a calculation that included his age and average monthly wage, though his attorney said she did not have a specific figure.

Anderson called the decision a win for Spangler, explaining that the case would be sent back to the workers’ compensation claims officer, who would be forced to apply the interpretation of the appeals court decision.

She added that the ruling “meticulously addresses and dissects key cases” and establishes an outline for analyzing similar claims in the future.

“They’re finding that injured workers all come to the table with varying degrees of a life history,” she said. “You might have a hearing loss, in the case, but if you’re on the job and you get hurt on the job, if that incident makes your situation worse, you are entitled to be compensated for that worsening.”