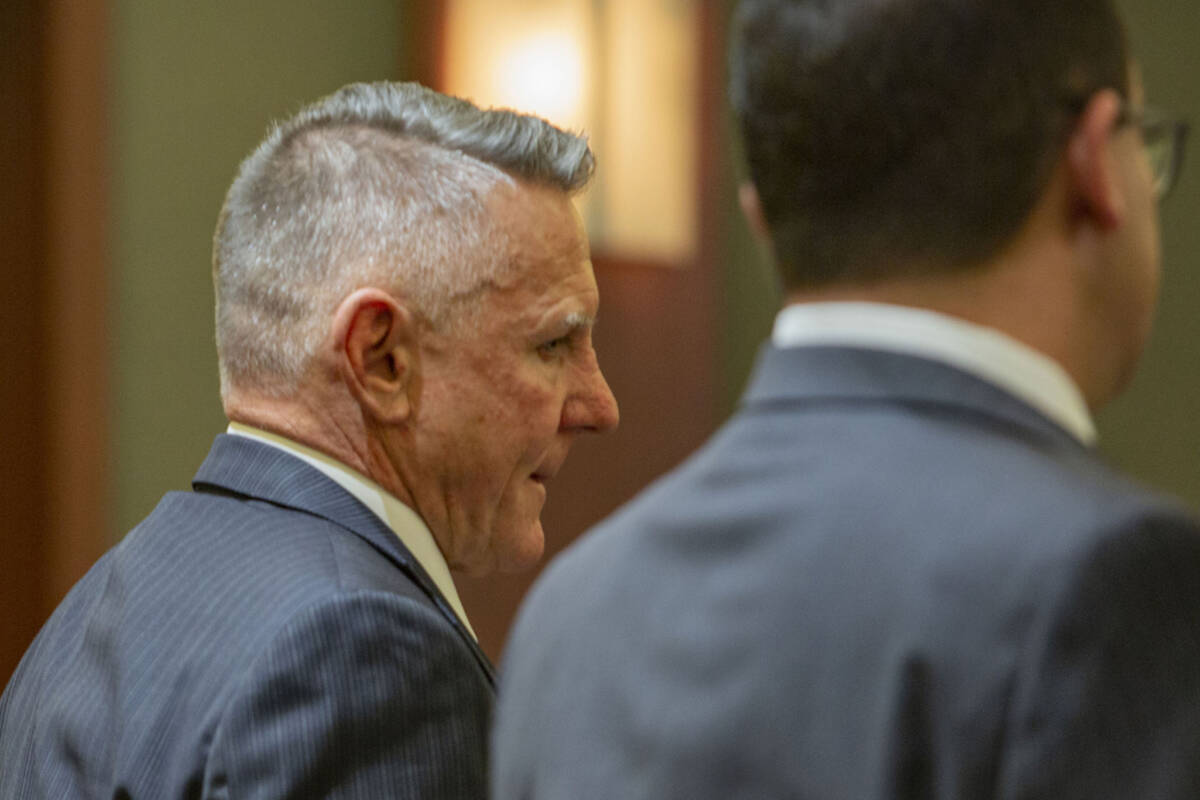 Gregory "Brent" Dennis, the psychologist accused of killing his attorney wife and staging her death as a suicide, appears in court at the Regional Justice Center in Las Vegas on Wednesday, Dec. 4, 2019. (Las Vegas Review-Journal) 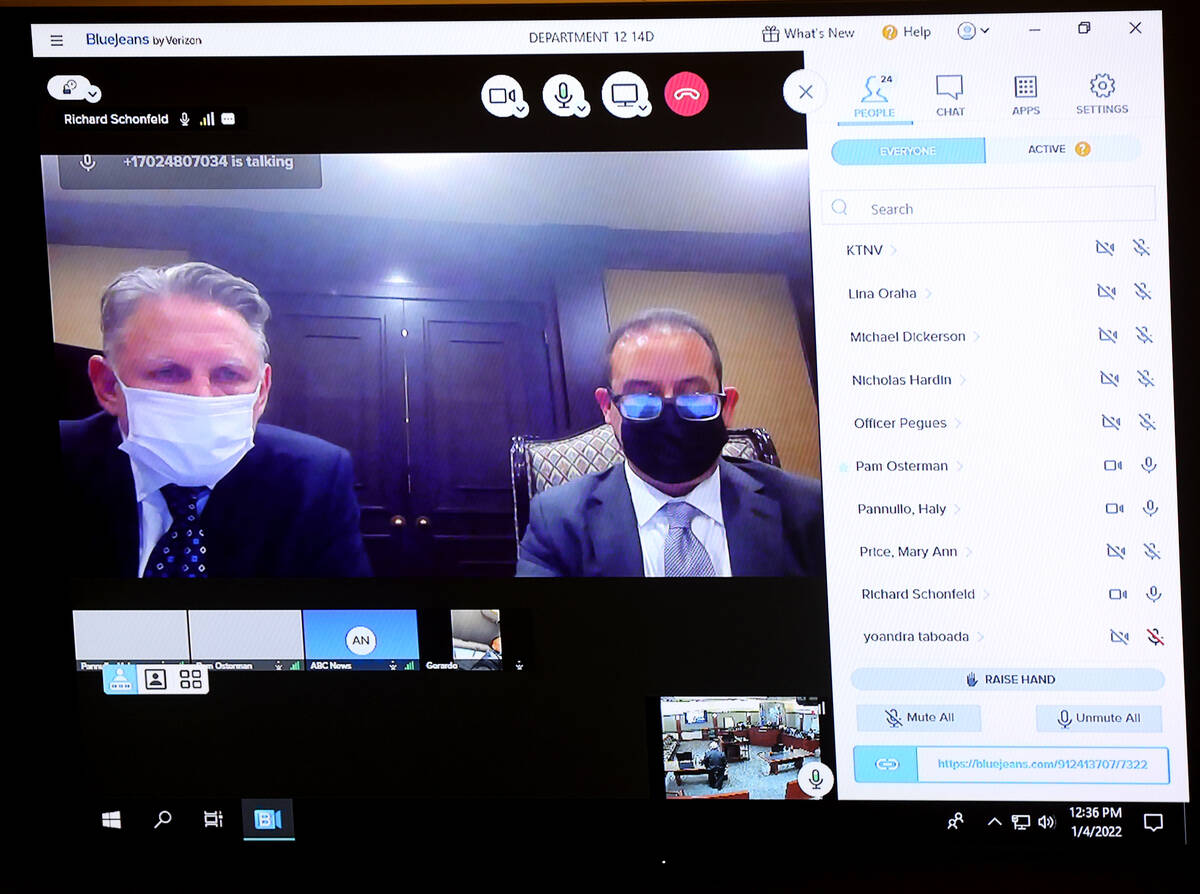 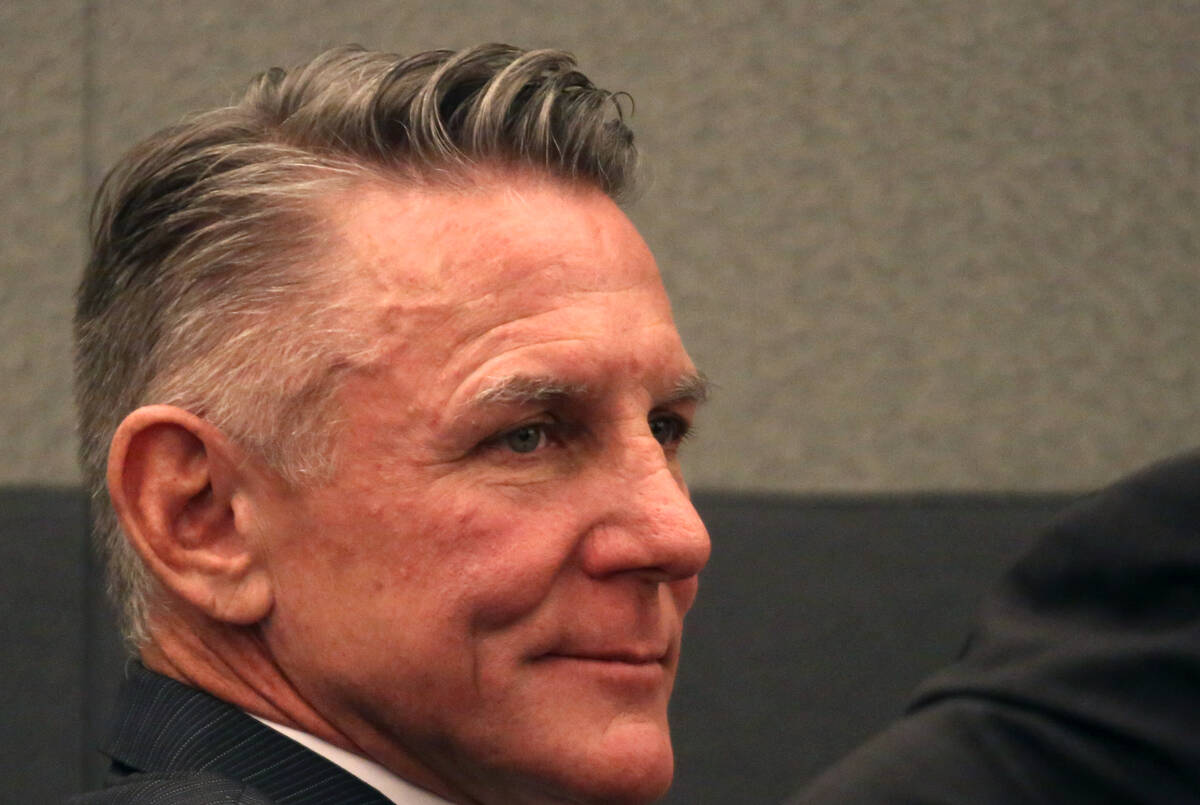 A Henderson psychologist accused of killing his attorney wife in 2015 pleaded guilty Tuesday to voluntary manslaughter.

Prosecutors and lawyers for 59-year-old Gregory “Brent” Dennis have previously indicated that they were prepared to take the case to trial, but it was delayed in September 2020 because of the COVID-19 pandemic. Instead, Dennis pleaded guilty Tuesday in the death of his wife, 48-year-old Susan Winters, who was also a part-time North Las Vegas judge.

Dennis entered an Alford plea, which means he admitted only that prosecutors had enough evidence to prove his guilt.

“For him it was all or nothing — he goes to trial, jury convicts him, he goes to prison for the absolute rest of his life,” prosecutor Marc DiGiacomo said following Tuesday’s hearing.

DiGiacomo and Dennis’ defense attorney, Richard Schonfeld, agreed to a sentence of three to 10 years in prison for the 59-year-old, although his sentence ultimately will be decided by a judge. If a judge does not follow the agreement, then Dennis would be able to withdraw his guilty plea and potentially go to trial.

“Brent Dennis resolved this case without making any admission of guilt in order to eventually return his life to normalcy,” Schonfeld said Tuesday in an emailed statement.

DiGiacomo said that considering Dennis’ age, he believes a 10-year sentence “is a fairly reasonable solution.”

District Judge Michelle Leavitt ordered Dennis back in court May 10 to be sentenced.

Dennis’ wife was found dead in January 2015 in the couple’s home. Her death initially was ruled a suicide, but Dennis was arrested on the murder charge in February 2017.

After Dennis confirmed he was pleading guilty during Tuesday’s hearing, DiGiacomo laid out the state’s case, which he said was “highly complex with a lot of circumstantial pieces of evidence.”

About two months after Dennis’ arrest and following Review-Journal articles that raised questions about how Winters died, the Clark County coroner’s office changed Winters’ manner of death to undetermined, which indicated that investigators could not determine if it was a suicide or homicide.

Based mainly on information provided by Dennis at the time, the coroner’s office had concluded that Winters died by suicide after consuming a lethal amount of prescription painkillers and antifreeze. Investigators later determined that Dennis had lied to police about his wife’s death, and had a financial motive to kill her, according to his arrest report.

At the time of Winters’ death, the couple was on the verge of separation, DiGiacomo said. Dennis was dealing with a cocaine addiction that was draining his finances, and he would have inherited about $2 million, including a $1 million life insurance policy upon his wife’s death.

DiGiacomo said that after midnight Jan. 3, 2015, Dennis conducted internet searches for how long it would take ethylene glycol, used in antifreeze, to kill a person. Investigators also determined that before Winters died, Dennis drove to and from The Orleans, where he was known to get cocaine and oxycodone from his drug dealer, DiGiacomo said.

DiGiacomo said after Winters took the opioids, Dennis “waited for her to stop breathing” to call 911. She was taken to a hospital, where she died after Dennis issued a do-not-resuscitate order for her, DiGiacomo said.

The Monday after Winters died, Dennis deposited a $180,000 check into his account, DiGiacomo said. Investigators determined that the night before his wife’s death, a call was placed to their bank from Dennis’ cellphone.

He later told a friend he took the money from his wife’s account because “he knew that when she died that her parents would freeze that account,” DiGiacomo said.

“The problem for Mr. Dennis is, he knew some nine hours before her death that she was going to be dead,” he said.