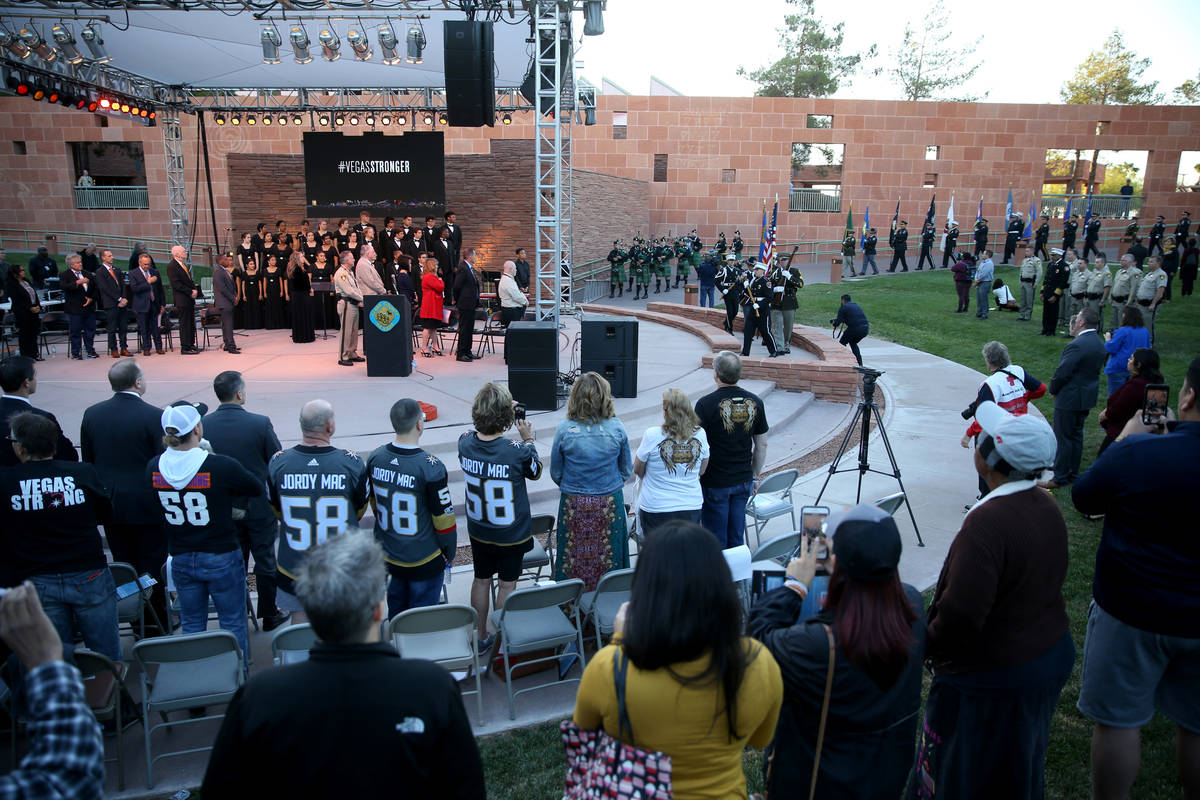 A judge on Wednesday approved an $800 million settlement for the victims of the Oct. 1, 2017, mass shooting on the Strip.

The negotiation between MGM Resorts International and lawyers representing thousands of victims was finalized one day before the third anniversary of the nation’s deadliest shooting in modern history.

Robert Eglet, a lawyer for the Route 91 Harvest festival victims, called Chief Judge Linda Bell’s approval of the settlement “a significant point” toward delivering money to the victims, but added that legal steps could mean that payments may not be made until January.

The settlement agreement was first announced last year. MGM Resorts — owner of the festival venue and Mandalay Bay, where the gunman was situated — acknowledged no liability. It will pay $49 million, while the remainder will come from insurance coverage.

Eglet said he hoped the eventual payouts will help victims and the Las Vegas community achieve “closure.” It’s unclear how much will be paid to attorneys.

More than 50 percent of claimants are from California and Nevada, lawyers have said. Others came from at least eight different states. All were seeking compensation for a range of physical and psychological injuries.

With the judge’s approval, the money should now move into a settlement fund. Once that deposit is made, the lawsuit against MGM would be dismissed.

Retired Clark County District Judge Jennifer Togliatti and retired California Judge Louis Meisinger are overseeing the allocation of the funds. Together, they have been working to decide how much of the settlement each victim will receive.

As of Wednesday, Eglet said the judges had sorted through about 75 percent of distribution amounts.

Millions of dollars could go to the most severely and permanently injured, Eglet told the Associated Press, depending on factors including age, number of dependents, type of injuries, previous and future medical treatment, and ability to work.

A minimum $5,000 would go to each person who filed a claim for unseen injuries and did not seek medical attention or therapy.

“By the grace of God, myself and my family are going to be OK,” Stephanie Fraser, a plaintiff in the lawsuit from La Palma, California, told the Associated Press. “I needed to be able to protect our kids.”

More than 22,000 people were attending the final night of the Route 91 Harvest festival when the attack began about 10:05 p.m. Hundreds were wounded and 58 were killed. In the last year, two people injured by the gunfire — 57-year-old Kimberly Gervais of Mira Loma, California, and 46-year-old Samanta Arjune of Las Vegas — died at separate hospitals.

While the Metropolitan Police Department will not increase the mass shooting’s official death toll from 58, Eglet said Togliatti and Meisinger are tasked with deciding whether the families of Gervais and Arjune would be entitled to a larger sum.