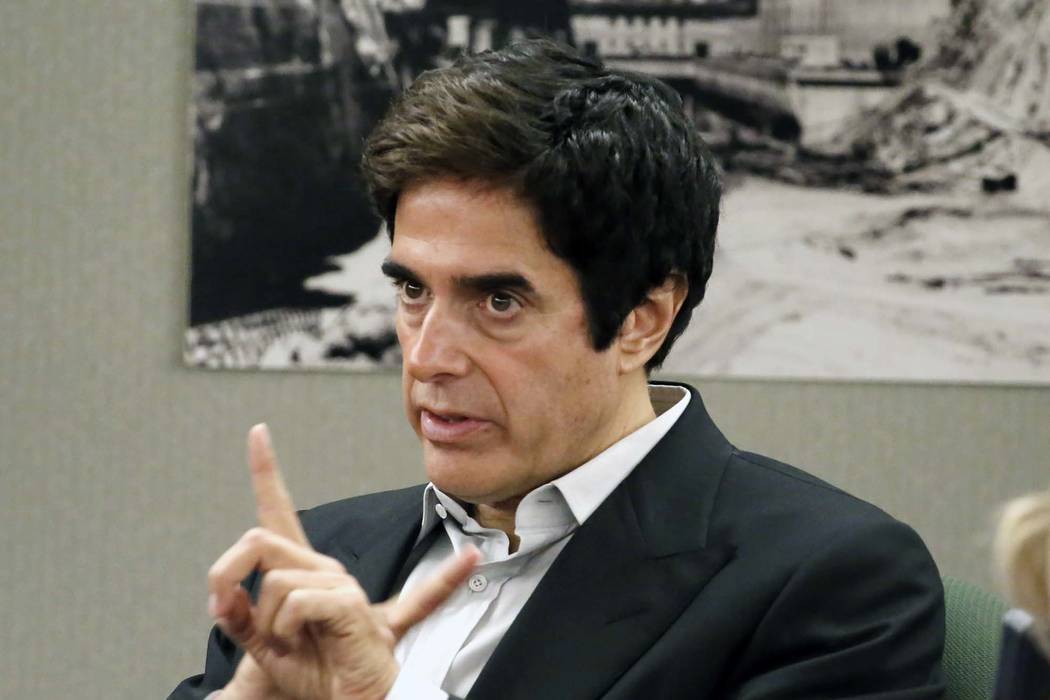 Magician David Copperfield gestures as he takes the stand during his civil trial at the Regional Justice Center on April 24, 2018, in Las Vegas. Bizuayehu Tesfaye/Las Vegas Review-Journal @bizutesfaye

Jurors hearing a slip-and-fall case against magician David Copperfield and MGM Grand will not visit the resort during the trial, a Las Vegas judge decided Tuesday, reversing his own ruling from late last week.

After reviewing a decision from the Nevada Court of Appeals, District Judge Mark Denton decided against sending jurors to view the property where a British tourist fell more than four years ago.

Lawyers for Gavin Cox, who has alleged that he suffered a traumatic brain injury, had argued that the midtrial field trip would disadvantage their case. They said the resort, particularly an area where Cox fell, has changed dramatically since November 2013.

In a majority decision, Appeals Court Judges Jerry Tao and Michael Gibbons ruled that an intervention from the higher court on the matter would be unwarranted. But Judge Abbi Silver called a potential viewing “untimely and unfair.”

“Many years have passed, the area is substantially different from when petitioner fell, and viewing the area in the daylight are all factors that contribute, in my view, to the irreparable harm petitioners may face with regard to this unfair procedure after resting their case,” Silver wrote.

Cox’s lawyers have argued that parts of the resort were under construction when he volunteered to participate in the “Lucky #13” illusion, in which audience members appear to vanish from an elevated stage. In reality, they’re guided out of the resort by stagehands. A dumpster along the escape route had been placed near the area where Cox fell.

Testimony in the trial is expected to wrap up this week.