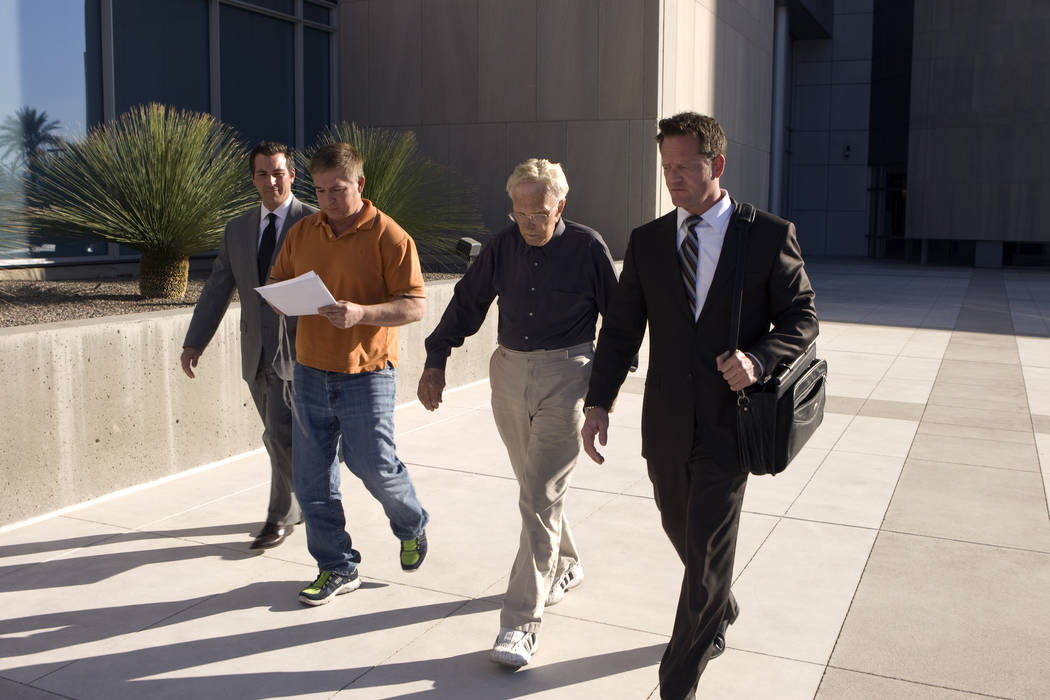 A 58-year-old man was ordered Tuesday to serve 20 years in federal prison for his role in supplying drug addicts and dealers with powerful opioids.

David Litwin spent years working as the “right-hand man” to Dr. Henri Wetselaar, a 93-year-old Las Vegas pain management practitioner who earlier this year received a 10-year sentence for penning prescriptions with no legitimate medical purpose and laundering his profits.

Litwin, who said he had long hoped to be a doctor himself, apologized before Senior U.S. District Judge Kent Dawson handed down his sentence.

“I am truly sorry if I hurt anyone in any way or form,” Litwin said. “I am sorry for all of the negative outcome that all of this led to.”

Defense lawyer Jonathan Powell asked the judge to treat Litwin as less culpable than the doctor.

Dawson pointed to “loose prescribing practices” and Litwin’s “duplicitous approach to life,” saying Litwin purported to help others while seeking profit for himself.

Assistant U.S. Attorney Cristina Silva told the judge that Litwin and the doctor “fostered an opioid epidemic,” prescribing oxycodone, hydrocodone, Xanax and Soma to more than 230 people who did not medically need them. Patients traveled from as far as Ohio and Kentucky to feed their addictions, the prosecutor said.

“The consequences of this conspiracy will live on for years,” Silva said. “And the defendant was part of that.”

Litwin was convicted in March of eight drug counts for his involvement in the conspiracy. The doctor also was convicted of multiple charges.

Dawson declared a mistrial in the case against pharmacist Jason Smith after jurors failed to return a verdict on a single count of conspiracy to distribute oxycodone. Smith is scheduled to face another jury in May.

Throughout the 10-week trial, prosecutors said Wetselaar prescribed medication to phony patients who complained of back pain, and the pills were ultimately sold on the street for upward of $400 each.

In August, Dawson sent Wetselaar to prison and fined the doctor, a Netherlands-born World War II veteran, $2.5 million on 11 drug, money laundering and related counts contained in a 2011 indictment against him.