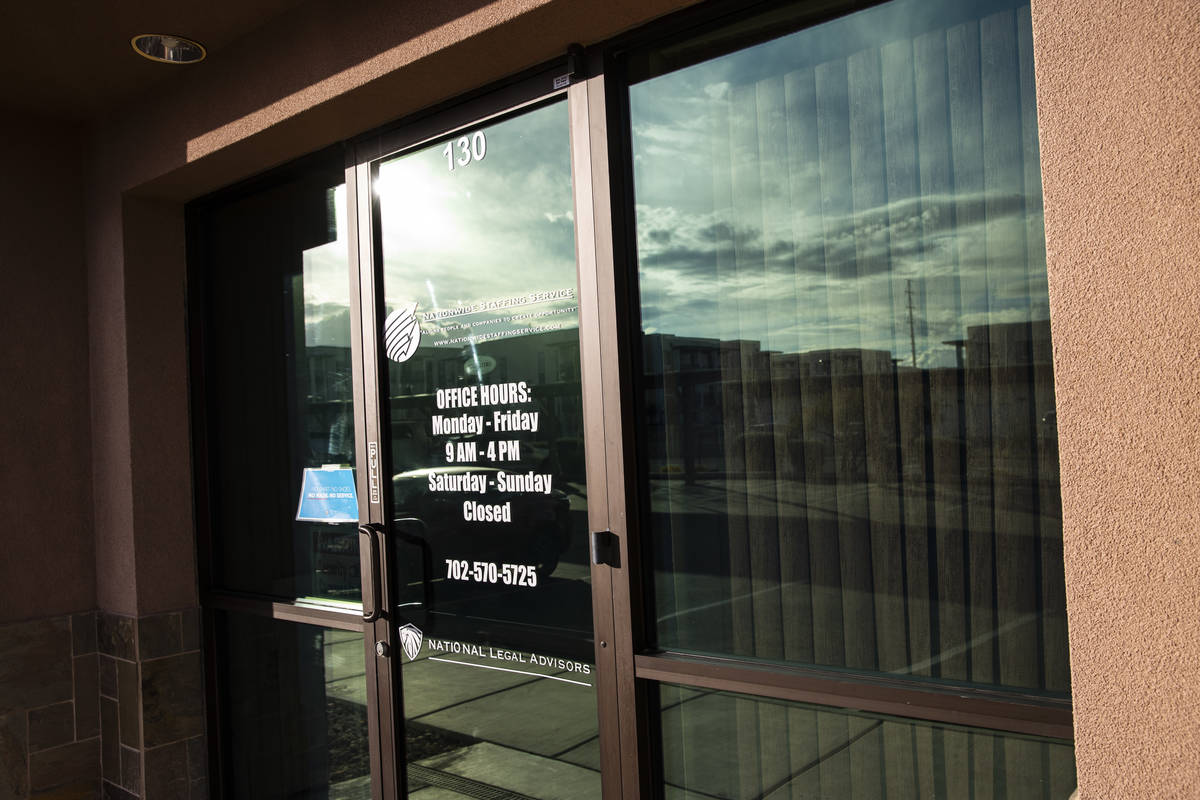 A business at 5588 S. Fort Apache Road, Suite 130, in Las Vegas on Friday, Jan. 22, 2021. A Las Vegas man, who had businesses at the address, has been charged with fraudulently obtaining nearly $2 million in federal Paycheck Protection Program money. (Chase Stevens/Las Vegas Review-Journal) @csstevensphoto 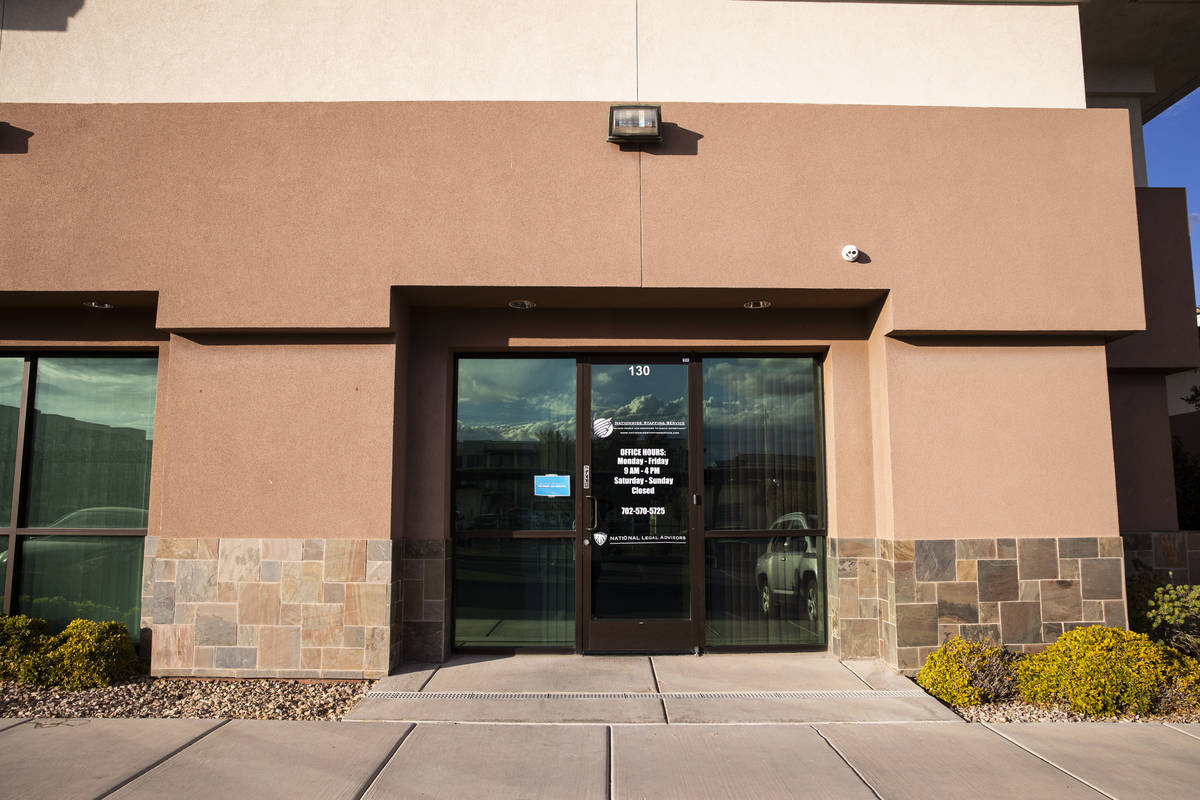 A business at 5588 S. Fort Apache Road, Suite 130, in Las Vegas on Friday, Jan. 22, 2021. A Las Vegas man, who had businesses at the address, has been charged with fraudulently obtaining nearly $2 million in federal Paycheck Protection Program money. (Chase Stevens/Las Vegas Review-Journal) @csstevensphoto

Federal prosecutors from the U.S. Attorney’s office in Nevada said, in an unsealed criminal complaint that charges Jorge Abramovs with one count of bank fraud, that the Las Vegas man allegedly applied for PPP funds between April and June 2020 to at least seven banks.

Abramovs “misrepresented the number of employees and the amount of revenue and payroll his companies had” to the banks, according to the complaint.

A court-appointed defense attorney for Abramovs did not respond to calls or email requests for comment.

In total, Abramovs allegedly obtained $1,986,737.46 in fraudulent PPP loan funds, according to the complaint.

The money, Abramovs indicated in his PPP loan applications, would be used toward rent and payroll.

But financial statements tell another story.

“Financial analysis shows that Abramovs spent the money on purchases of luxury items for himself, including the purchase of a 2020 Bentley, a 2020 Tesla, and two condominiums located in Veer Towers in Las Vegas, Nevada,” according to the criminal complaint.

Investigators also found that Abramovs purchased two luxury condos at the Veer Towers in Las Vegas. The first condo purchase was in late May, and “financial analysis found that of the $225,638.59 spent to purchase this condominium, approximately 80% constituted criminal proceeds from Abramov’s PPP loan fraud scheme,” according to the complaint.

In June, Abramovs purchased another condo in the same building, this time for $412,000. Federal investigators, combing through the bank statements, found that 99 percent of the funding “constituted criminal proceeds from Abramovs’ alleged PPP fraud scheme.”

In August, federal authorities inquired with the Nevada Department of Employment, Training and Rehabilitation to see if there were any payments of unemployment insurance; employers who pay more than $225 of payroll in any quarter for employees are required by Nevada law to pay unemployment insurance.

DETR found no records of any UI payments made by NIGC, a company of which Abramovs allegedly is the president, secretary, treasurer and director.

Federal investigators began surveilling the company’s storefront during the fall, according to the complaint.

A detention hearing for Abramovs was held early Friday morning and he was ordered remanded in custody.

Federal law enforcement has clamped down on fraud as it relates to the CARES Act signed into law in March.

U.S. Attorney Nicholas Trutanich, Nevada’s top federal prosecutor, told the Review-Journal last month that as a result of recent funding from the Department of Justice, the office will add an assistant U.S. attorney whose focus will be prosecuting CARES Act-related fraud cases.