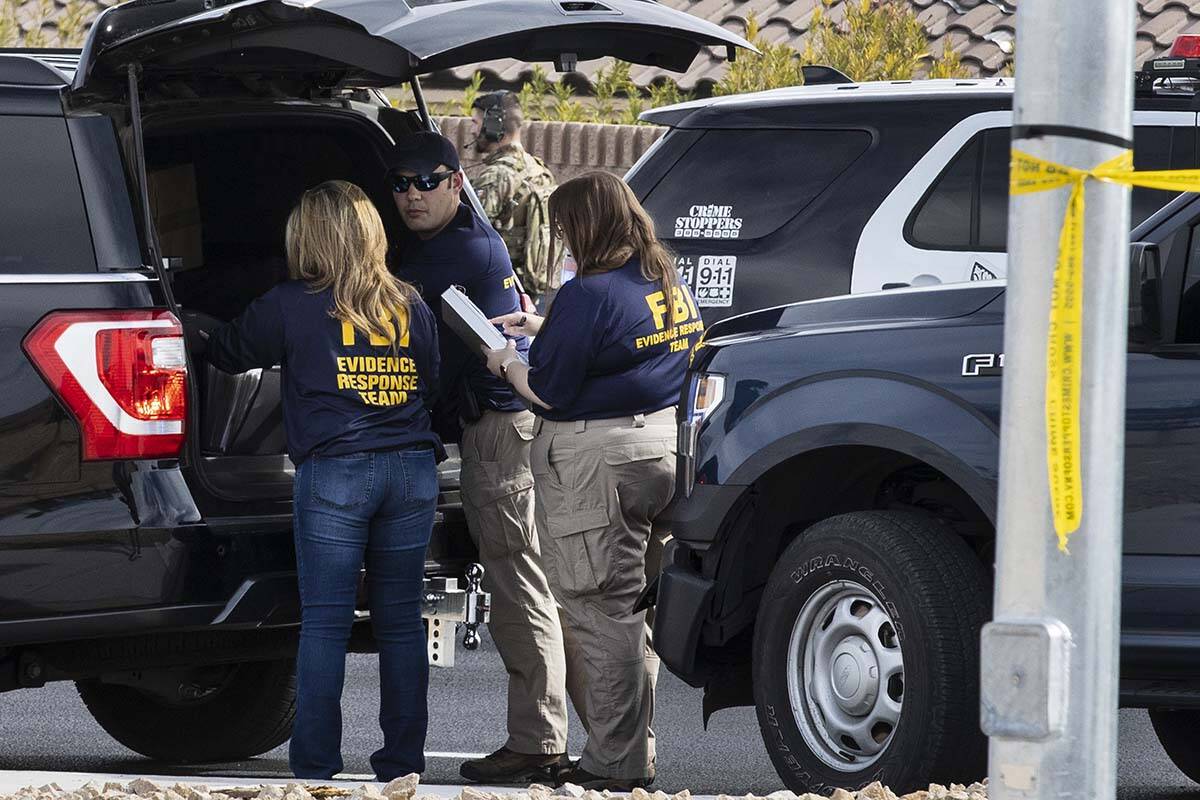 A Las Vegas attorney who was shot and injured by FBI agents last week is accused of orchestrating a $300 million Ponzi scheme, federal prosecutors revealed Tuesday.

Matthew Beasley, 49, faces one count of assault on a federal officer following the Thursday shooting at his home on the 5400 block of Ruffian Road, near Ann Road. Assistant U.S. Attorney Tony Lopez said the shooting unfolded because of an investigation into the alleged Ponzi scheme, which dates to 2017.

“The defendant said he expected the FBI to come for him that day because the FBI had visited an associate earlier,” the prosecutor said in a federal court hearing Tuesday afternoon.

Lopez said Beasley “repeatedly confessed” to his involvement in the scheme, which was worth about $300 million, and admitted orchestrating it. Further information about the scheme has not been released.

A Ponzi scheme is a fraudulent investing technique that promises high rates of return with little risk to investors. In the scheme, money provided by new investors is used to pay seeming high returns to early stage investors to suggest the enterprise is prosperous.

About 1:30 p.m. Thursday, a trio of agents arrived at Beasley’s home to interview him for an “ongoing investigation,” according to a criminal complaint.

Beasley came to the door holding a gun, and at one point pointed the gun at his own head, Lopez said Tuesday. When the agents yelled for Beasley to drop the gun, he pointed the firearm at the agents “in a sweeping motion,” the complaint said.

The agents then shot Beasley in the chest and shoulder, Lopez said.

Beasley, bleeding from the gunshot wounds, refused to leave his home for nearly four hours. As he was talking with an FBI negotiator, Beasley said he wished the agents had killed him, Lopez said.

“The FBI SWAT team had to forcefully enter the home and bring him out,” the prosecutor said.

Lopez argued that Beasley could flee if released from custody because of the “significant assets” he had acquired, including at least four homes, two luxury cars and an RV.

“What happened on March 3 is he was simply overwhelmed,” the attorney said.

Draskovich asked for Beasley to be granted bail and placed on house arrest and said he had the support of his wife and three sons. However, U.S. Magistrate Judge Elayna Youchah ordered him held without bail.

Youchah said Beasley’s actions — approaching federal agents with a loaded gun, then pointing the gun at himself and agents — were “frightening and certainly a grave concern to the court.”

“This is not conduct that can be adequately addressed through conditions the court would impose,” the judge said.

Beasley, who was released from the hospital Monday, appeared in court through a videoconference.

“Do you understand what you are charged with?” Youchah asked the defendant, who replied, “Yes, I do.”

Nevada Secretary of State records show that Beasley is the president, secretary, treasurer and director of Beasley Law Group.

Beasley, who attended law school at the University of Missouri-Kansas City, was admitted to the State Bar of Nevada in 2006, public records show. His profile shows no history of disciplinary action against him.

Dan Hooge, chief bar counsel for the State Bar of Nevada, said on Monday that the organization was in the process of gathering facts to launch a formal investigation to determine whether Beasley would face disciplinary sanctions.

Prior to the shooting, the bar had not received any complaints about him, Hooge said.

The FBI announced Friday that it was looking for potential victims of a Ponzi scheme that operated from 2017 through March in Nevada, Utah and California.

Victims were asked to invest $80,000 or $100,000 and wire money to a lawyer’s trust, the FBI said. The agency did not name any potential suspects being investigated.

Anyone who feels they may have been a victim may fill out a survey on the FBI’s website.