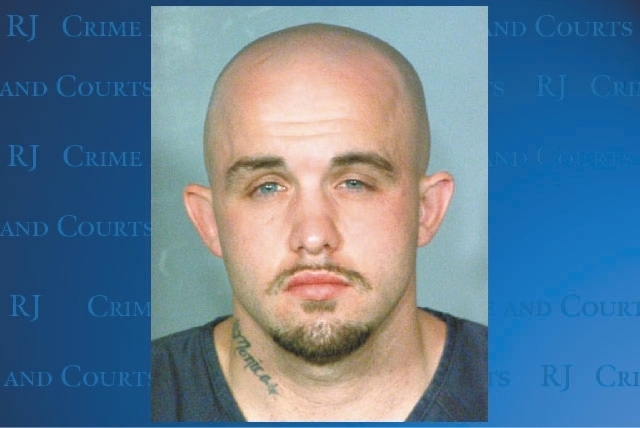 Dustin Bleak was arrested Monday in connection with a shooting death Friday on Fremont Street.

An arrest has been made in a Friday night slaying on Fremont Street.

Dustin Charles Bleak, 26, was arrested Monday afternoon in connection with the death of Dale Allen Borero, 40.

According to police, Borero had confronted two suspects in a parking lot, which led to the gunfire exchange.

The two suspects fled in a 1980s baby-blue Cadillac sedan. A third suspect was driving the vehicle, police said.

Police found Borero just after 9:30 p.m. on Friday in the 2800 block of Fremont Street, suffering from an apparent gunshot wound to the abdomen. Borero was transported to University Medical Center, but was pronounced dead shortly after.