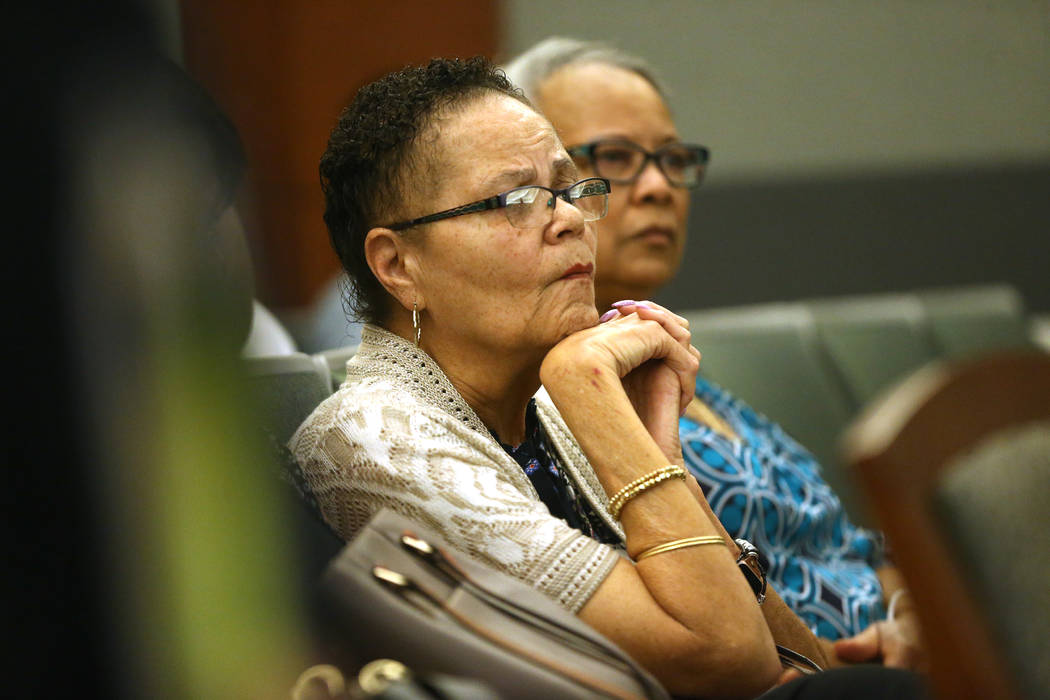 Dell Harris, with her cousin Kathy Clayton, listens to arguments for the case involving her brother Paul Browning, who sat on death row for 33 years, and was set free after his case was overturned, at the Regional Justice Center in Las Vegas, Thursday, Aug. 8, 2019. (Erik Verduzco / Las Vegas Review-Journal) @Erik_Verduzco 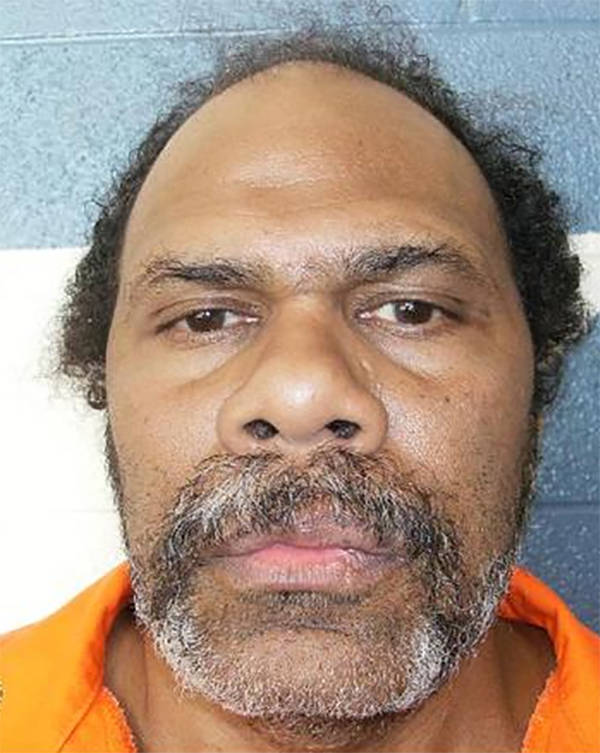 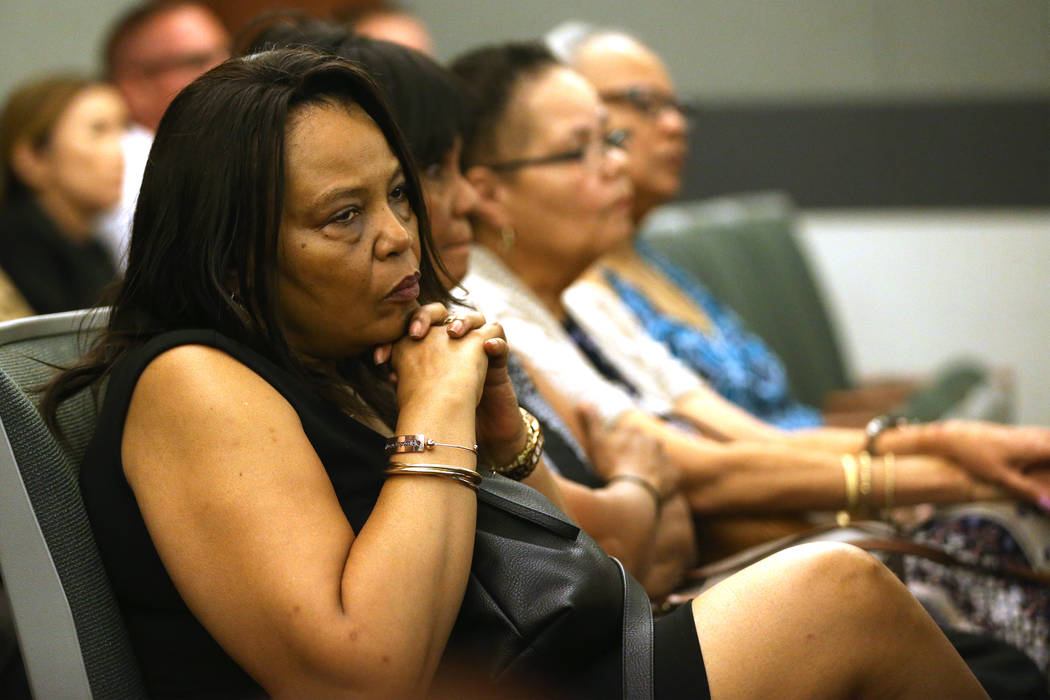 Rita Harris, left, listens to arguments for the case involving her cousin Paul Browning, who sat on death row for 33 years, and was set free after his case was overturned, at the Regional Justice Center in Las Vegas, Thursday, Aug. 8, 2019. (Erik Verduzco / Las Vegas Review-Journal) @Erik_Verduzco 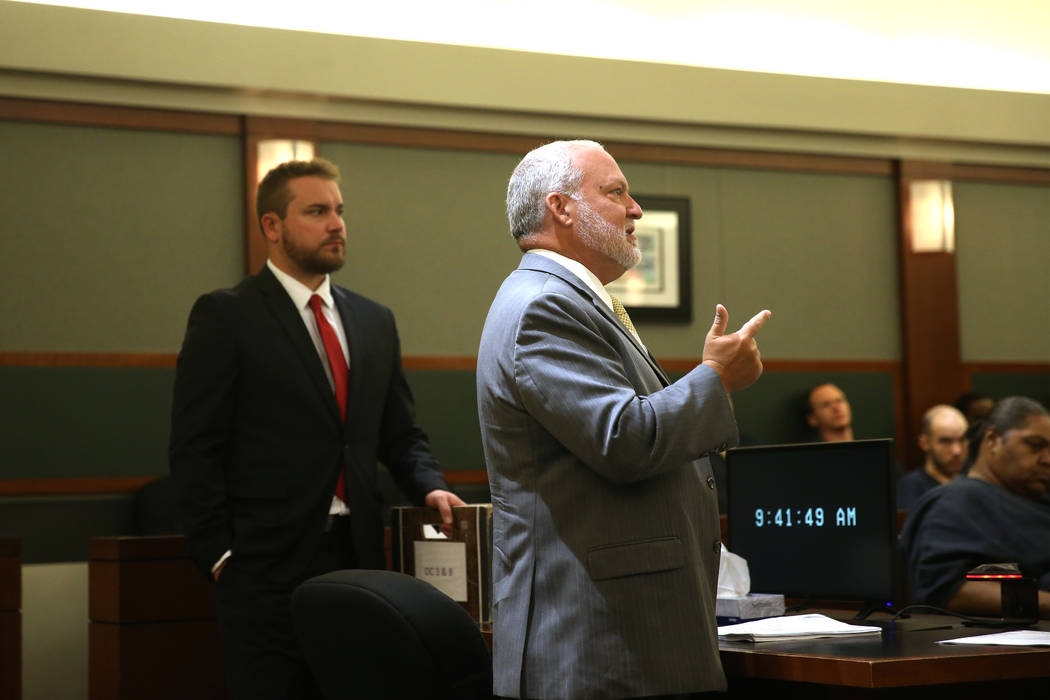 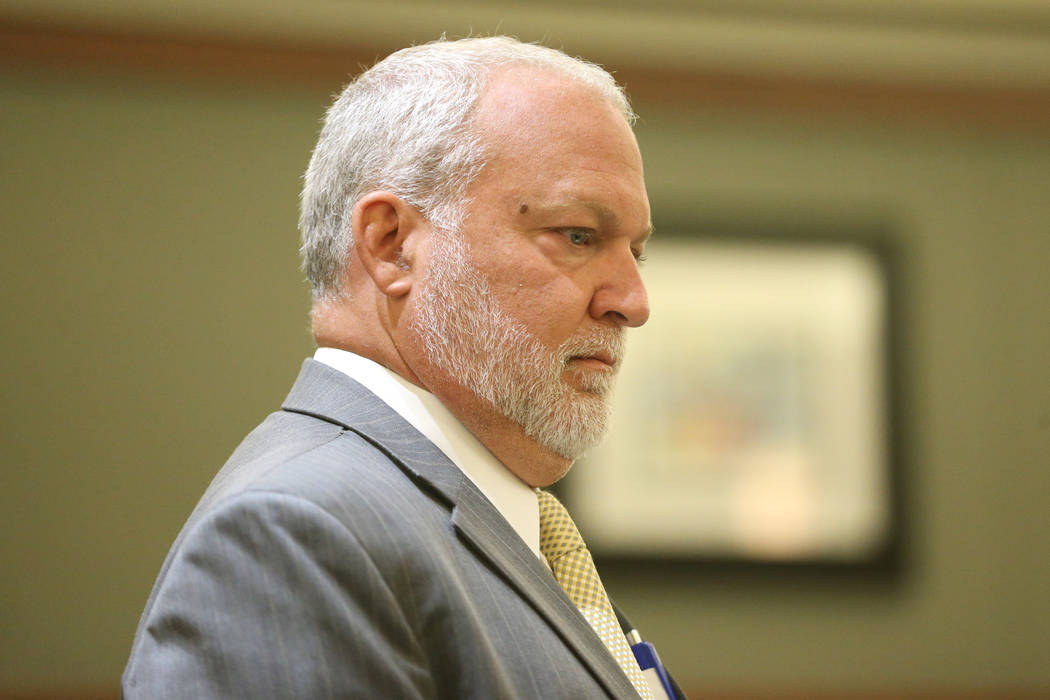 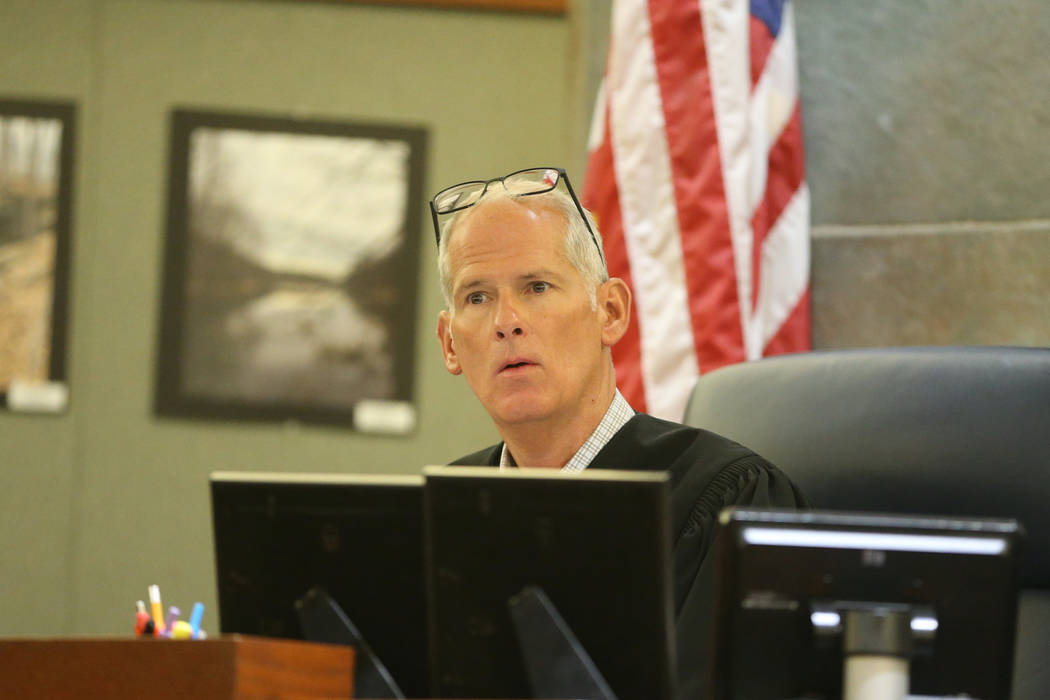 Judge Douglas W. Herndon listens to arguments for the case involving Paul Browning, who sat on death row for 33 years, and was set free after his case was overturned, at the Regional Justice Center in Las Vegas, Thursday, Aug. 8, 2019. (Erik Verduzco / Las Vegas Review-Journal) @Erik_Verduzco

Paul Browning is a freed man on Nevada’s death row.

Many of the key witnesses in the November 1985 stabbing death of jeweler Hugo Elsen, including Elsen’s wife, Josy, have died.

District Judge Douglas Herndon ruled in March that because the attorney who represented Browning at trial failed to ask essential questions of witnesses who are now dead, “a fair trial consistent with due process is no longer possible.”

That decision came five months after an opinion from the 9th Circuit U.S. Court of Appeals found “a mixture of disturbing prosecutorial misconduct and woefully inadequate assistance of counsel” led to “extreme malfunctions” at Browning’s trial.

Yet Browning sits on death row, as prosecutors fight to keep him there, appealing Herndon’s decision to the Nevada Supreme Court.

On Thursday, Herndon lifted a hold on his own dismissal, while prosecutors await a decision from the higher court. In the meantime, Browning, who spent 33 years as a condemned man, should be allowed to leave the penitentiary, his lawyers said. Browning was held in Ely State Prison rather than being transported to Las Vegas for the hearing.

But neither Herndon’s decision nor the 9th Circuit opinion contemplated an escape charge for which Browning was convicted during his murder trial. It’s up to the Nevada Department of Corrections to determine whether he has already served the maximum 10-year sentence that was set to begin in 2079.

“How can Mr. Browning be sitting on death row, as he is now, when this court has said all charges against him are dismissed?” one of his lawyers, Tim Ford, argued Thursday. “He’s not even a pretrial detainee, and he’s on death row. That can’t be.”

Prison officials said that they had not received a court order to release Browning as of Thursday afternoon, and the process of freeing an inmate can take upward of a week.

Chief Deputy District Attorney Marc DiGiacomo argued that Browning could be convicted of murder, even after key witnesses have died. Some are still alive, the prosecutor said. Browning’s fingerprints were found on the underside of a glass counter in Elsen’s store, and a knife with Elsen’s blood was discovered under the stairs where Browning was arrested 20 minutes after the slaying, DiGiacomo added.

“There’s forensic evidence,” he said. “There’s live witnesses. There’s no question Paul Lewis Browning killed Hugo Elsen. I’d have even more evidence of his guilt if these people were still alive … To me the proof is pretty darn evident, and the presumption is pretty great.”

Herndon said the case consisted of “a unique complicated set of circumstances.”

Ford told the Review-Journal that in the years since his conviction, Browning and his lawyers have discovered evidence that points to his innocence.

At trial, a prosecutor pointed to blood on Browning’s tan jacket, saying it matched Elsen’s blood type, even though Elsen himself described the jacket as blue before he died. DNA evidence later revealed that it was not Elsen’s blood.

“Every time we turn over something, it’s turned out to be more and more things that call into question what was said,” Ford told the newspaper.

A month after the slaying, Elsen’s wife could not pick Browning out of a lineup, but at trial she pointed to him as the killer.

Elsen’s business neighbor, Debra Coe, told police she had seen a man with a blue Hollywood cap, which was later found in a dumpster outside Browning’s motel, running from Elsen’s shop.

She identified Browning as the man she “thought” ran by her office, but said she could not be certain because Browning was not wearing a cap when she identified him.

Pressed further on whether she could be “more sure” about his identification, she said, “No, I wouldn’t think so. No … They all look the same, and that’s just what I think when I see a black person, that they all look the same.” At trial, she retracted the statement and identified Browning as the man she saw run past her office.

A couple who had told authorities that Browning confessed the killing to them were habitual drug users, which jurors knew.

More than a decade ago, the Nevada Supreme Court reversed a denial of Browning’s challenge to his death sentence, but a jury in 2008 reinstated capital punishment.

Browning’s sister, Dell Harris, watched Thursday’s hearing from the courtroom gallery with other family members, all hoping that they would be reunited with a man they had not seen outside walls for more than three decades.

“We can see the light at the end of the tunnel,” Harris said. “I mean it’s been forever, but we still have hope. It’s time. It’s time.”