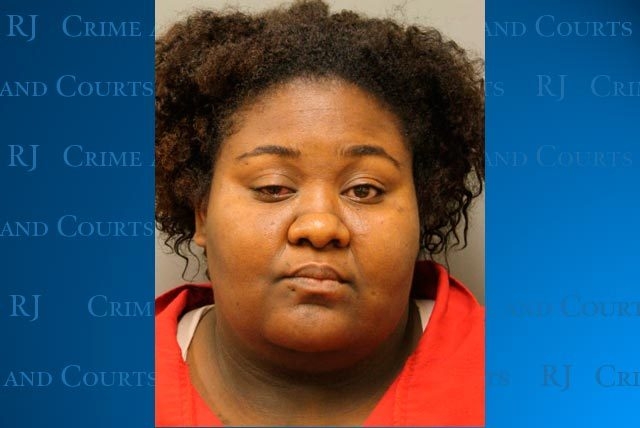 Juanita Carr is accused of child abuse after her 11-year-old son caught on fire Wednesday during a vehicle arson. (Courtesy/LVMPD)

Two years before police said Juanita Carr had her 11-year-old son set fire to her van because it wasn’t working properly, she encouraged two of her daughters to get into fistfights.

“Who here wants to fight my kids? Let’s get this going,” the 30-year-old mother of at least five children said on April 20, 2011, according to court documents.

Clark County prosecutors are seeking to revoke Carr’s probation in the case stemming from April 2011, when she drove two of her children to a bus stop and encouraged them to fight their seventh- and eighth-grade Johnston Middle School classmates.

The fisticuffs case led Carr to plead guilty to one count of child neglect on Nov. 30, 2011, but her sentencing was delayed until March 2012. Judge James Bixler ordered her to spend three months in jail and to two years of probation. The sentence also included a suspended 12-month jail term.

Carr could end up locked up for a year at the Clark County Detention Center after her Oct. 29 revocation hearing. She remains in custody on $14,000 bail in the arson case.

Authorities learned of the fights when a video taken with a cellphone was shown around the children’s school. The video showed Carr sometimes watching the fights and sometimes talking on her cellphone. School officials identified and suspended all of the children involved.

One of Carr’s daughters told school staff that her mother wanted the girls to fight because they were not paid $45 for braiding their classmates’ hair.

During the fights, Carr kept her 2-year-old in the front seat of her car. During one of the fights, the young girls fell into the car, on top of the 2-year-old.

Carr later told investigators “all kids fight” and “there is nothing parents can do about it, so if they are going to fight anyway, I wanted to make sure the fight was fair,” court documents said.

Carr said fighting was a way of life in her family and she was there to “coach” her daughters.

The Department of Family Services has kept tabs on Carr’s family since 1999.

In the following 13 years, Family Services had 16 referrals alleging neglect or abuse by Carr.

Three of the reports were substantiated and in January 2012 Carr’s 11-year-old son and other family members were found to be in need of protection services but it is unclear if they were removed from her home. The case was closed Aug. 7.

A month later, the boy was nearly killed when he suffered severe burns on more than 40 percent of his body.

Carr told Henderson police she thought her minivan had been stolen, but learned an 18-year-old acquaintance had left the vehicle near Russell Road and Boulder Highway, near Sam Boyd Stadium.

She, the acquaintance and her 11-year-old son doused the van with gasoline and the child set it on fire just after midnight Sept. 11, police said.

But the flames quickly jumped to the boy.

Carr told detectives she was behind on her car payments and recently spent $1,200 on repairs, but the van still didn’t work properly.

Carr faces one count each of third-degree arson, child abuse and conspiracy to commit arson.

A preliminary hearing was set for Oct. 22 in Henderson Justice Court, where prosecutors must show they have enough evidence to take the case to trial.

Carr has had other run-ins with police beyond the arson and fisticuffs cases. In 2005, she was found guilty of misdemeanor attempted theft, and placed on probation.

In 2011, she was found guilty of two misdemeanor child endangerment counts and sentenced to parenting classes, which she completed.

In February 2012, Carr continued to see a boyfriend after he had been accused of molesting one of her children. Undeterred by a no contact order, Carr brought him along to meetings with Family Services.