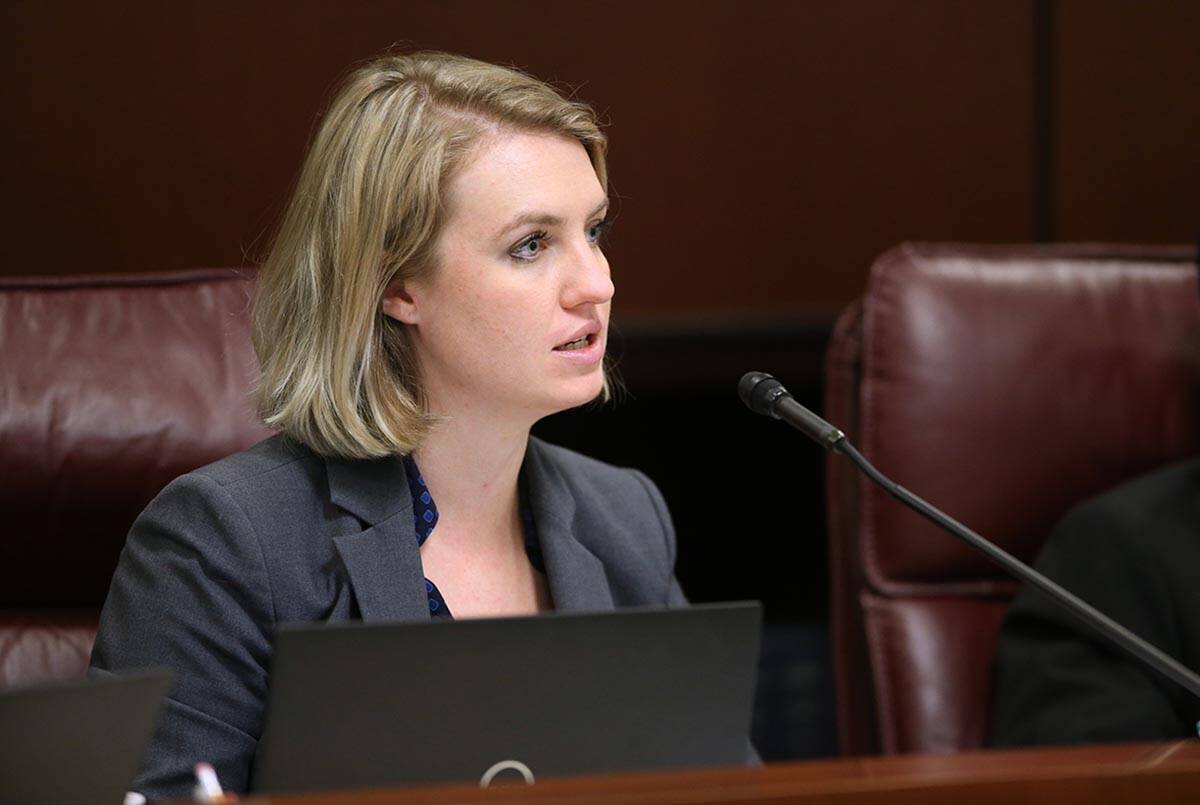 State Sen. Melanie Scheible, D-Las Vegas, is voluntarily leaving her job with the Clark County district attorney’s office, the senator told the Review-Journal during a short phone conversation on Friday. Scheible said she may enter private practice but is still weighing her options.

She said “a number of different factors” affected her decision to leave the office. She declined to comment further.

In a dissent filed Wednesday, Nevada Supreme Court Justices Abbi Silver and Kristina Pickering wrote that the state constitution’s separation of powers clause prohibits Scheible from “serving as a legislator, passing laws and at the same time working as a prosecutor, in the executive branch, enforcing those laws.”

“Therefore, the separation of powers clause forbids legislators who are promoting legislation on behalf of their constituents from concurrently acting as a prosecutor — executing criminal prosecutions through enforcement of state criminal laws,” the opinion adds. “This impingement is ‘repugnant to the constitution.’”

Because only two justices joined in the dissent, it has no effect on the state of the law.

The dissent was filed in a case concerning Samuel Caruso, who was charged with sexual assault. Caruso’s lawyer objected to Scheible prosecuting the case, saying the action “lacks constitutional authority.” District Judge Carolyn Ellsworth denied the motion in December 2020, and Caruso appealed to the Supreme Court.

Justice Douglas Herndon wrote in a dissent, which Pickering also joined, that the court should have entertained the issue now, rather than putting it off.

During an interview with the Review-Journal in April, Clark County District Attorney Steve Wolfson acknowledged that having prosecutors serve in the state Legislature gives an “appearance” of a conflict of interest. Wolfson said he wanted to see how the Supreme Court ruled on the issue.

“We want public confidence,” Wolfson said in April. “We want our republic to have confidence in our system, and if there’s the appearance of an impropriety, it could take away from that confidence.”

Wolfson did not immediately respond to a request for comment on Friday.

On Thursday, the court issued another order overturning rulings in two other criminal cases prosecuted by Scheible that were appealed on similar grounds.

In that order, the Supreme Court determined that the District Court should not have dismissed two DUI convictions secured by Scheible because the defendants did not raise the separation of powers argument during their criminal trials. Those cases will now be sent back to the District Court.

Pickering was the only justice to dissent in the DUI cases, arguing that the separation of powers issue should have been considered even if it was not brought up in the trial.

Scheible, who is running for re-election this year to her District 9 seat, is the second state senator and prosecutor to leave the district attorney’s office. Nicole Cannizzaro, D-Las Vegas, recently left her job as a prosecutor to join a private law firm. She’s currently the state Senate majority leader.

Another lawsuit filed by the Nevada Policy Research Institute asks the court to rule that all public employees who serve in the Nevada Legislature, not just prosecutors, are barred under the constitution from holding both jobs. Justices ruled in April that the conservative think tank has standing to bring the lawsuit, which will first be heard in Clark County District Court.