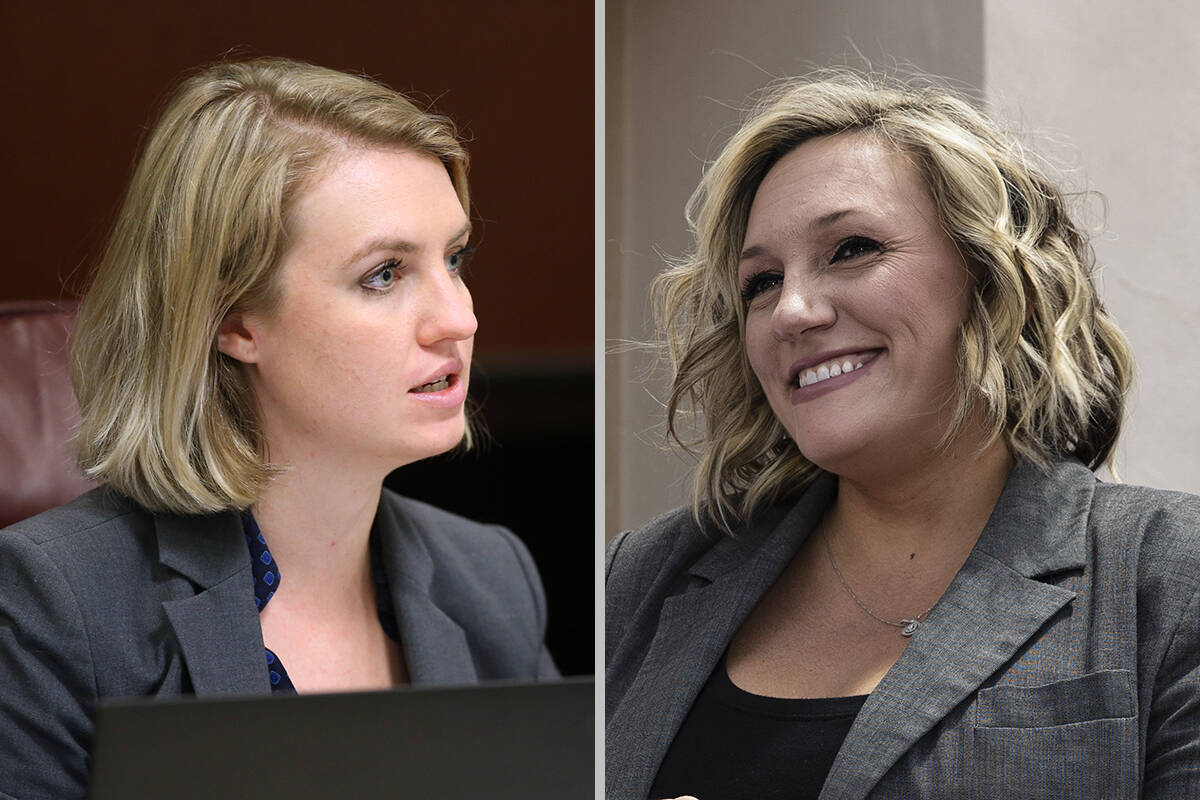 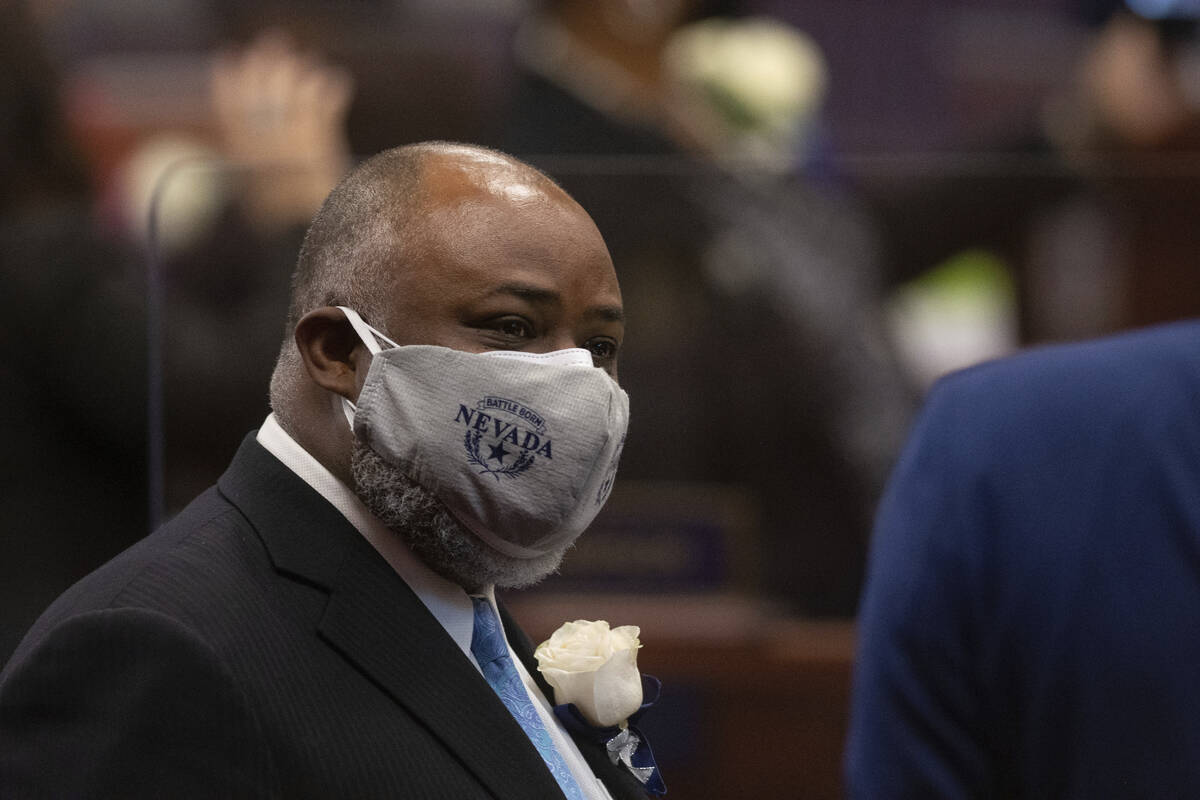 Assembly Speaker Jason Frierson during the first day of the 81st session of the Nevada Legislature in Carson City on Monday, Feb. 1, 2021. (David Calvert/The Nevada Independent via AP, Pool)

The Nevada Supreme Court has reversed a lower court’s decision to throw out a lawsuit brought by a conservative think tank that challenged whether several sitting state lawmakers could serve while simultaneously holding public jobs.

The state’s high court issued the unanimous opinion Thursday, ruling that Nevada Policy Research Institute has standing to bring the lawsuit against the lawmakers and that the separation of powers issue “is likely to recur, and is of such significant public importance as to require resolution for future guidance.”

The ruling doesn’t settle the longstanding debate about whether public employees can serve in the state Legislature, but instead means that the NPRI’s case challenging that ability can move forward in district court.

Robert Fellner, vice president of NPRI, called the ruling “a tremendous victory for all those who believe in constitutional government and the rule of law.”

“As NPRI has long argued, the government has an obligation to operate within the confines of the Constitution,” Fellner said in a statement. “But that will only happen if the judiciary permits Nevadans to bring constitutional challenges such as these.”

NPRI filed the lawsuit in 2020 alleging that nine public employees cannot hold both elected Legislature positions and public jobs under the separation of powers clause of the state constitution.

The lower court’s ruling said that previous cases challenging separation of powers had enlisted people who claimed they were harmed by the lawmakers holding a publicly funded job. In this case, the court said, NPRI “clearly lacked standing” because the group filed the suit on its own.

The Supreme Court’s reversal of that order and its granting of standing to NPRI in the case represents a significant expansion of the public-importance exception to standing in the state.

“We hold that traditional standing requirements may not apply when an appropriate party seeks to enforce a public official’s compliance with Nevada’s separation-of-powers clause (even if it does not involve an expenditure or appropriation), provided that the issue is likely to recur and there is a need for future guidance,” Justice James Hardesty wrote in the ruling.

Tolles and Leavitt are not running for re-election this year.

NPRI has sued several lawmakers over the separation of powers clause over the years, but those cases were never fully settled.

In 2017, NPRI sued Sen. Heidi Gansert on behalf of a man who said he wanted to apply for her job at UNR, a job that he said she shouldn’t be able to hold while also serving as an elected officials. That plaintiff later withdrew from the case.

NPRI also sued Sen. Mo Denis in 2012 on behalf of a person who wanted Denis’ job at the state Public Utilities Commission. Denis quit his job at the utilities commission, making the lawsuit moot.

In 2004, then-Attorney General Brian Sandoval issued an opinion saying that state employees could not serve in the Legislature because they served directly in the executive branch, but local government employees were not prohibited.