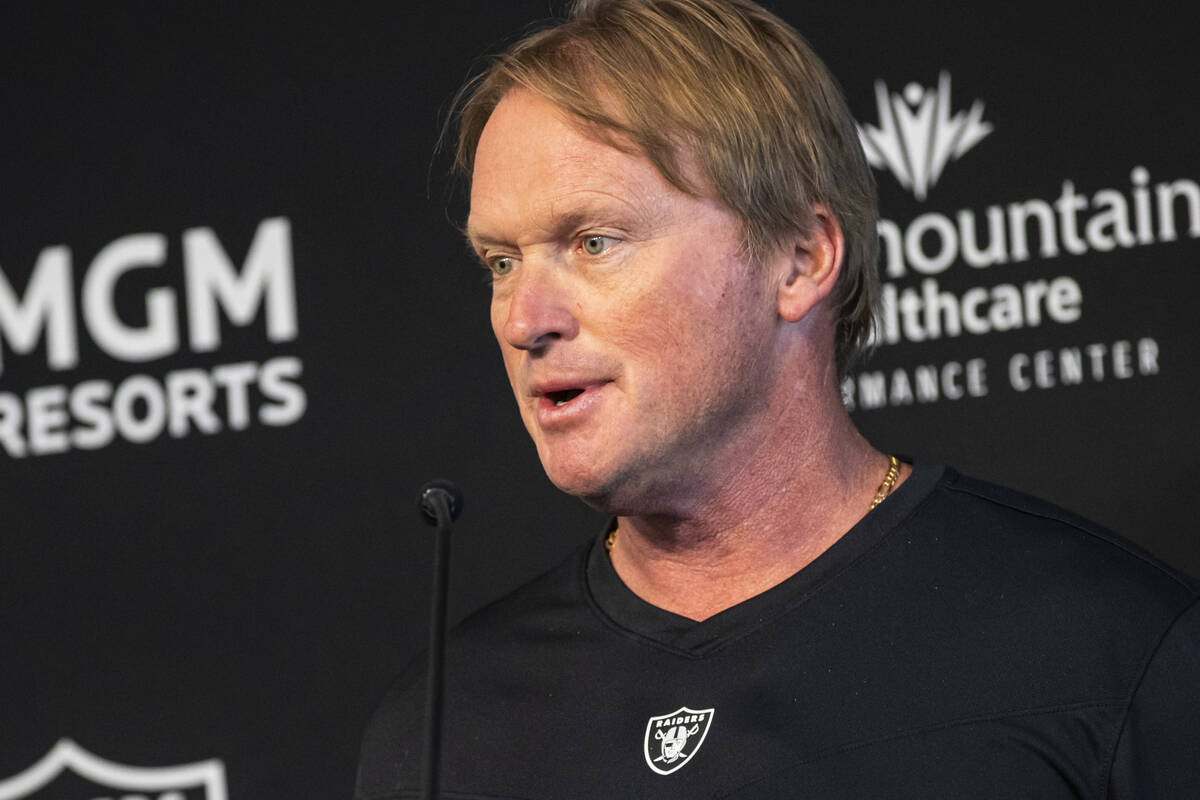 The NFL is asking the Nevada Supreme Court to halt proceedings in former Raiders coach Jon Gruden’s lawsuit, less than two weeks after a state judge denied a similar motion.

During a court hearing on Oct. 20, District Judge Nancy Allf declined to halt the lawsuit before the resolution of a previous appeal the league filed with the Supreme Court. That appeal challenged the judge’s ruling that the NFL cannot force Gruden into an arbitration process outside of court.

On Wednesday, the NFL filed a motion asking the Supreme Court to instead halt the proceedings until the appeal over the arbitration process can be resolved.

Gruden and the NFL have been locked in a legal battle since November, when the former coach sued the league and NFL Commissioner Roger Goodell in District Court, claiming that the league leaked derogatory emails he wrote in an attempt to ruin his career and reputation.

In Wednesday’s motion, NFL attorneys argued that the league and Goodell “will suffer far greater harm” than Gruden if the lawsuit is not halted, because the lawsuit could be resolved before the appeal is settled.

“Defendants will lose the benefits of arbitration, rendering their legal right to appeal the order denying arbitration hollow,” NFL attorneys wrote in the motion.

The NFL also argued that the appeal is likely to succeed, in part because the Supreme Court has reversed 16 out of 17 denials of motions to compel arbitration that have been brought before the higher court in recent years.

Allf previously has ruled that forcing arbitration would be unfair, because the NFL Constitution would allow for Goodell to act as the arbitrator.

The NFL has disputed Gruden’s claim that the emails that led to his departure were all sent before he signed an agreement with the Raiders. The league has repeatedly denied that the NFL or Goodell leaked the emails, and attorneys wrote in Wednesday’s motion that the claim was “unsupported speculation” by Gruden.

Adam Hosmer-Henner, an attorney representing Gruden, has previously said that Allf’s ruling denying the NFL’s attempt to halt the lawsuit shows that the NFL’s push for arbitration “lacks serious merit.”

Another hearing in the lawsuit had not been scheduled in District Court as of Thursday.