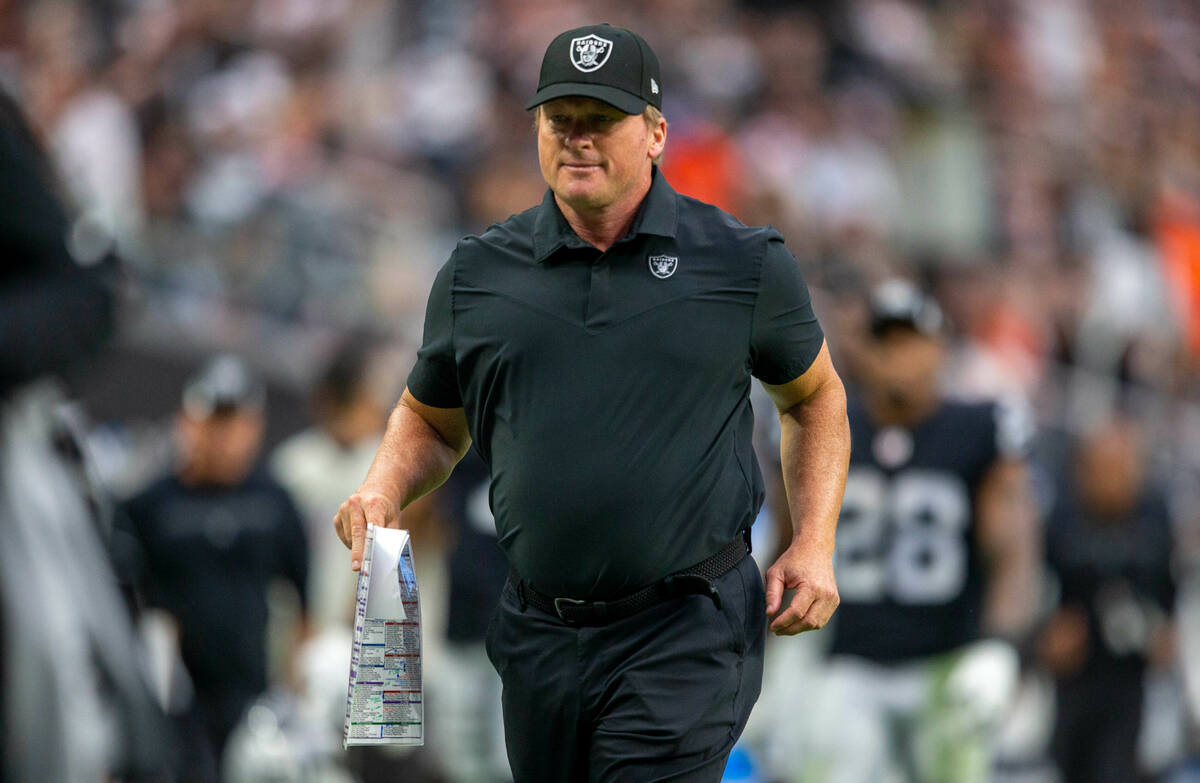 The NFL cannot force former Raiders coach Jon Gruden into an arbitration process outside of court, a Las Vegas judge has ruled.

Gruden and the NFL have been locked in a legal battle since the former coach sued the league and NFL commissioner Roger Goodell in November, claiming that the league leaked his derogatory emails in an attempt to ruin his career and reputation. He had resigned as coach the month prior after The Wall Street Journal and The New York Times published racist, misogynistic and anti-LGBTQ emails he had written.

In May, District Judge Nancy Allf denied a motion to dismiss the lawsuit. The league and Goodell had submitted a motion for the case to be arbitrated outside of court, which Allf denied on Wednesday.

“In seeking to compel arbitration, the NFL Parties must show that a valid, written agreement to arbitrate exists and encompasses the dispute at issue,” the judge’s order states. “The Court finds that the NFL Parties have failed to meet their burden.”

Gruden’s attorney, Adam Hosmer-Henner, declined to comment Thursday. The NFL and Goodell’s attorney did not immediately reply to a request for comment.

The NFL has disputed Gruden’s claim that the emails that led to his departure were all sent before he had signed an agreement with the Raiders.

“Gruden’s claim (and purported finding of fact) on the timing of his emails is, in reality, very much disputed by the NFL Parties and in fact false,” the league’s lawyers wrote in court documents filed Aug. 16. “Discovery — necessary to make any finding of fact on this issue — will show that Gruden continued to send the same kind of derogatory emails consistently following his start date with the Raiders.”

However, the judge’s order does not reference any emails sent by Gruden while he coached the Raiders.

“The emails at issue were sent while Gruden was not employed by any member of the League,” the order states.

The NFL has denied that the league or Goodell were responsible for the emails becoming public and has contended it would have fired Gruden had he not stepped down.

In Wednesday’s court filing, the judge agreed with Gruden that forcing arbitration would be unfair, because the NFL Constitution would allow for Goodell to act as the arbitrator. Also, the judge ruled that the NFL’s arbitration process is “circular,” because in order to proceed with arbitration, Goodell would first have to determine that Gruden’s conduct was “detrimental to the best interest of the NFL or professional football.”

“Proceeding to arbitration, Gruden cannot win without invalidating the arbitration process,” the order states. “If Gruden prevails and his conduct was not detrimental, then Commissioner Goodell’s initial determination was incorrect and the dispute should not have been referred to arbitration.”