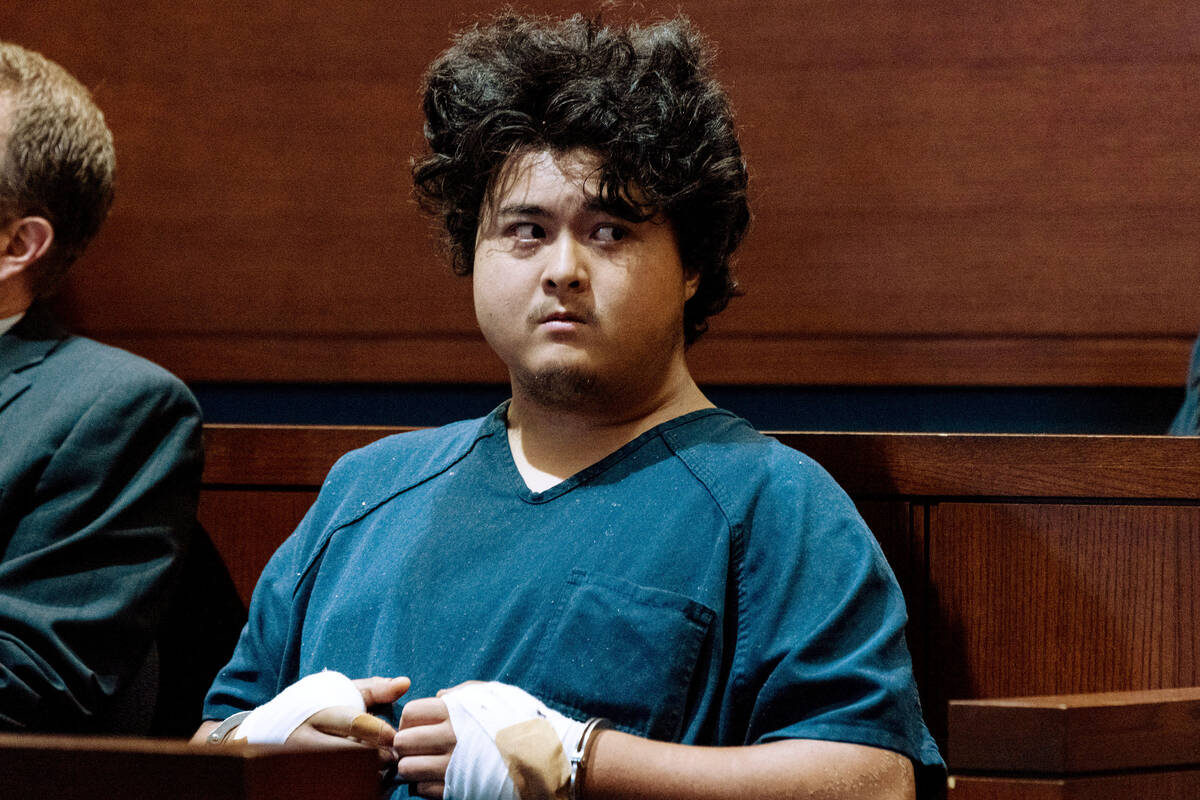 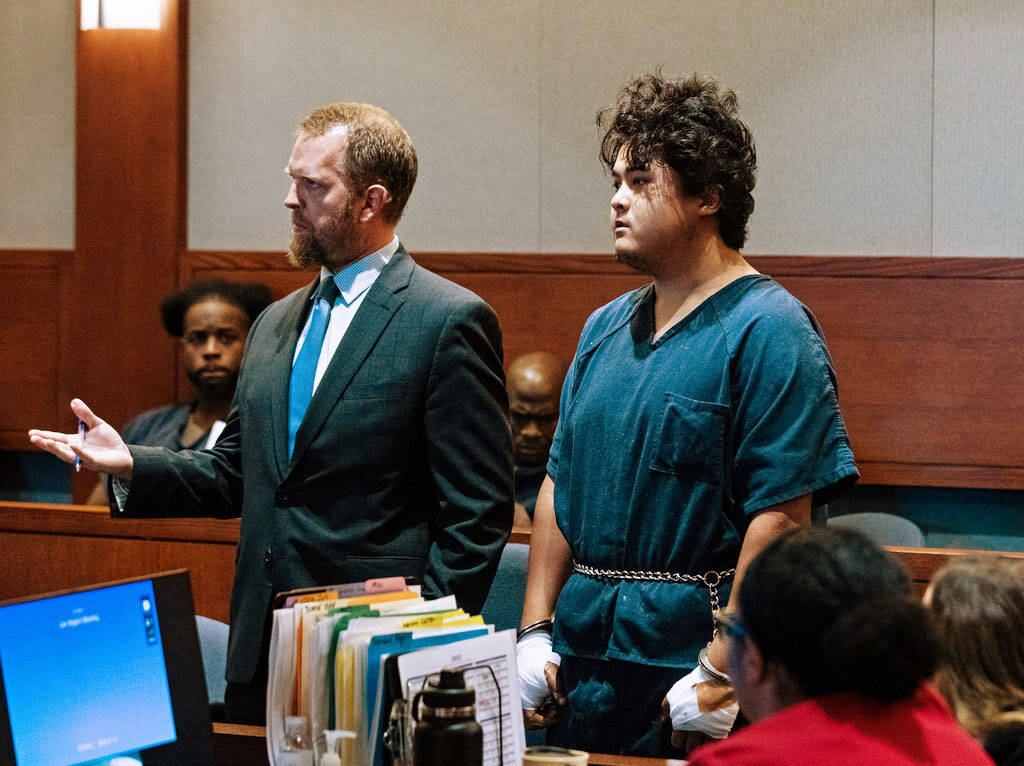 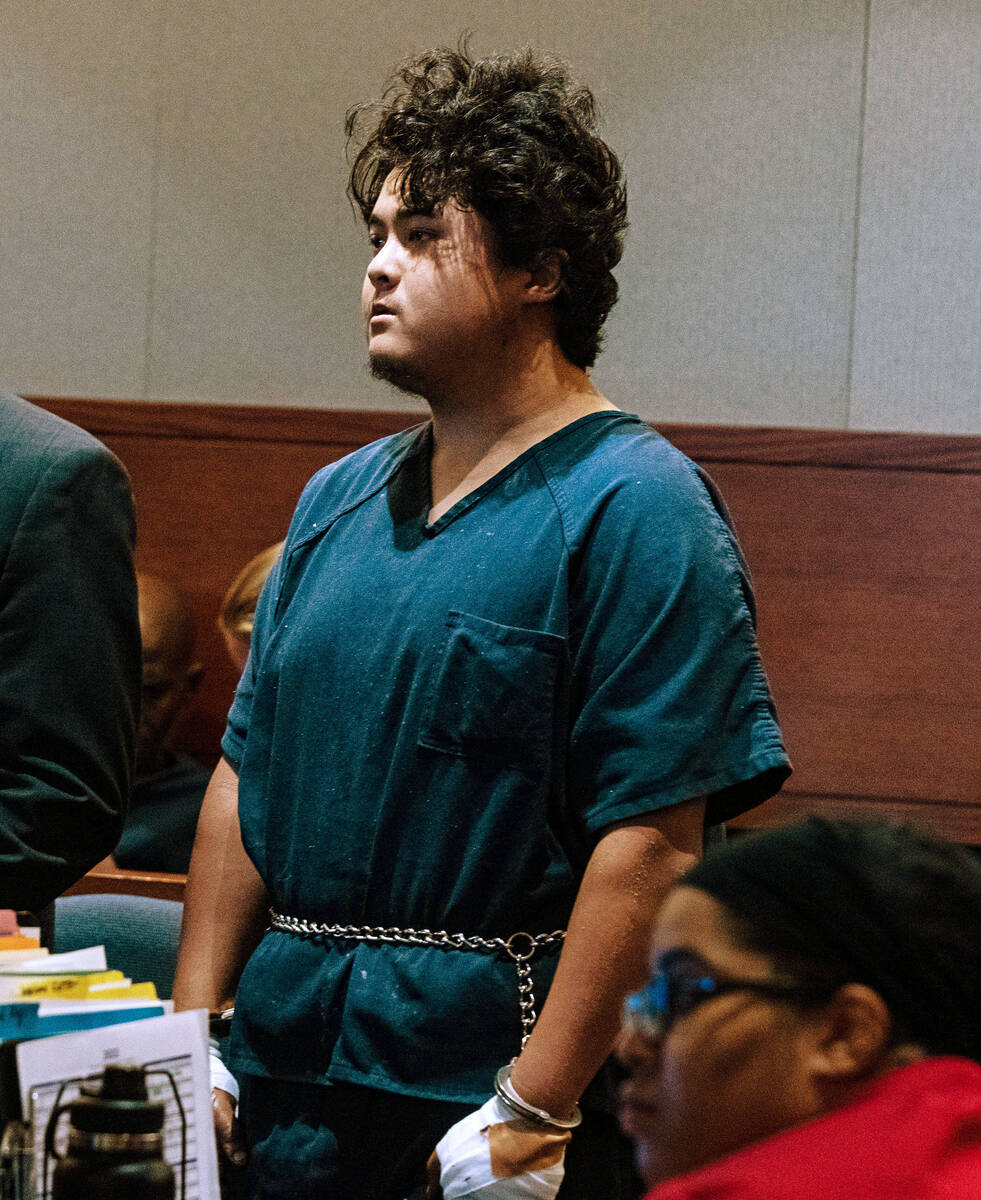 A 21-year-old murder suspect appeared in court on Monday after claiming he acted in self-defense when he fatally stabbed his father with a machete.

Prosecutors formally charged Jacob Racilis with a felony charge of murder with a deadly weapon during a court hearing on Monday.

The suspect told police he acted in self-defense when he stabbed his father on Aug. 9 at the Desert Garden Condominiums, 1720 W. Bonanza Road, according to a Metropolitan Police Department arrest report.

Racilis and his mother went to Sunrise Hospital and Medical Center around 1 a.m. on Aug. 9 because Racilis had lacerations on his hands. According to his arrest report, he told police that his father would not stop screaming at his mother and that he feared for her safety when he grabbed a machete.

During an interview with police, Racilis said his father had physically abused him and his mother. Racilis’ mother had left the hospital before police arrived, the report said.

Police found Racilis’ father dead at the condominium complex about three hours after Racilis arrived at the hospital. A machete was found on the ground outside the home’s front door, the report said.

The father had suffered multiple lacerations on his head, neck, arms and upper torso, according to the report.

On Monday, Las Vegas Justice of the Peace Joe Bonaventure ordered Racilis to remain in custody without bail.

“That may be readdressed in writing at a future court date,” Bonaventure said.

Defense attorney Robert O’Brien declined to comment on the case on Monday.

Racilis was ordered to appear in court again on Sept. 19.