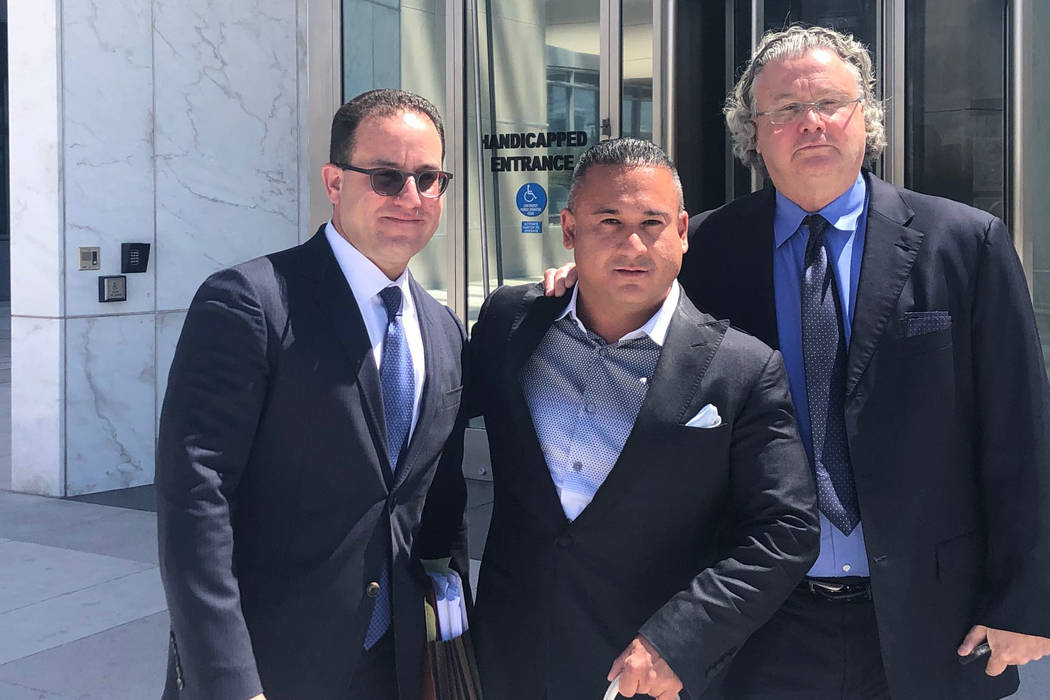 David Oancea, known in sports betting circles as Vegas Dave, center, stands with attorneys Richard Schonfeld, left, and David Chesnoff outside the Lloyd D. George courthouse in Las Vegas on May 20, 2019 after he was sentenced in federal court. (David Ferrara/Las Vegas Review-Journal)

Oancea, who pleaded guilty in federal court to a misdemeanor in January, took to social media shortly after walking out of the Lloyd George U.S. Courthouse with his attorneys, David Chesnoff and Richard Schonfeld, as a camera crew followed them.

“For the last three years, I’ve faced the biggest gamble of my life being indicted by the Federal Government on 19 felony counts carrying a potential sentence of 40+ years in federal prison,” part of his nearly 2,000-word Facebook post read. “But true to who I am — a gambling man — I bet on myself and decided at that moment to stand up for my constitutional rights and to defend my freedom and innocence.”

3.5 years ago I was indicted by the Federal Government for 19 alleged felonies and 40 years in prison. Today I walked out with zero felonies and a free man. God is Great pic.twitter.com/To0Ntf8IsV

Oancea was charged after authorities said he used other people’s Social Security numbers to open player accounts at casinos. The alleged crimes occurred between February 2015 and February 2016 and involved transactions that amounted to more than $1.2 million.

The 42-year-old resolved the case by admitting to causing a violation of record keeping and procedures. Oancea has agreed to relinquish more than $550,000 in a related civil forfeiture. He also pleaded no contest last year to a disorderly conduct charge in Las Vegas Justice Court.

While he serves probation, the judge has allowed him to travel to Mexico, where his lawyers said he rents out a villa and owns property he purchased in Cabo San Lucas.

Prosecutors had asked for five years’ probation and 300 hours of community service.

The professional gambler gained fame and fortune by promoting his ability to win big on long-shot bets.

Moments after referencing his case on social media, Oancea had posted again, this time entirely in capital letters: “The free max bet whale play will be sent later this week. I will have an updated post later in the week regarding it. Please do not worry. I always honor my word!!” 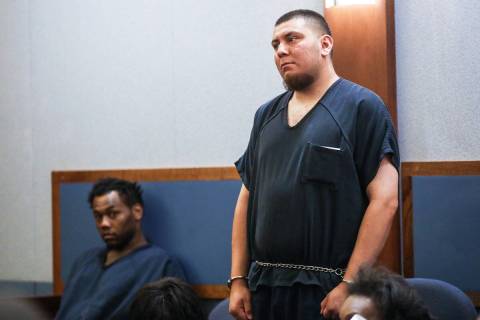