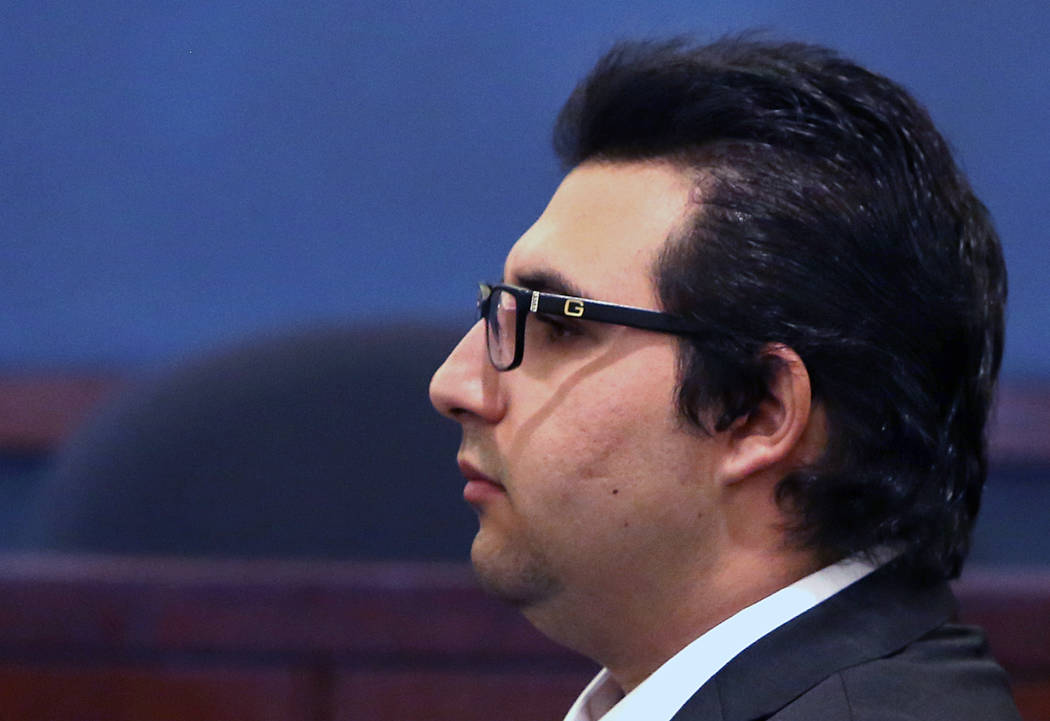 A Las Vegas smoke shop clerk told police he feared for his life when three teenagers rushed his store in hoodies.

Raad Sunna, 24, faces one count of open murder for fatally shooting one of the teens, 13-year-old Fabriccio Patti, on Dec. 2 inside Lucky Cigars and Smokes. Police learned the following day that Fabriccio had been shot seven times, with all of the entrance wounds on his back.

“I was petrified beyond comprehension,” Sunna said during an interrogation played in court Friday. He said he did not know whether the boys were armed. “So I drew and fired.”

In a series of surveillance videos, which were not accompanied by audio, Sunna was shown firing his weapon at the boy, who appeared to be running away before he collapsed on the floor of the shop near the entrance. The shop is located at 8665 W. Flamingo Road.

Still armed, Sunna walked past a supine and motionless Fabriccio, wearing a blue hoodie, as the others fled the store. Sunna stepped outside briefly, before returning with his gun in his left hand and a phone in the other.

“He was the one coming toward me first,” Sunna said. “I felt my life was in danger. … I was afraid of dying.”

Las Vegas Justice of the Peace Karen Bennett listened to the 911 call Sunna placed immediately after the killing, watched surveillance video of the shooting and determined that prosecutors had enough evidence to present a murder charge to a jury.

Defense attorney Dominic Gentile argued that prosecutors had not proved that Sunna acted willfully or with “malice aforethought” before shooting Fabriccio.

“There is nothing that has been submitted to support premeditation or deliberation,” Gentile told Bennett. “Nothing. Nothing.”

Gun expert Robert Irwin testified for the defense that anyone who feels threatened only has seconds to react, with a distance of 45 feet being the minimum needed to recognize a threat, draw a gun and fire. Fabriccio was at least 40 feet away from the clerk when he was shot, according to police.

Those who wait to see a weapon in another’s possession “are going to die,” he said. “You make a reasonable decision based on what you see right now.”