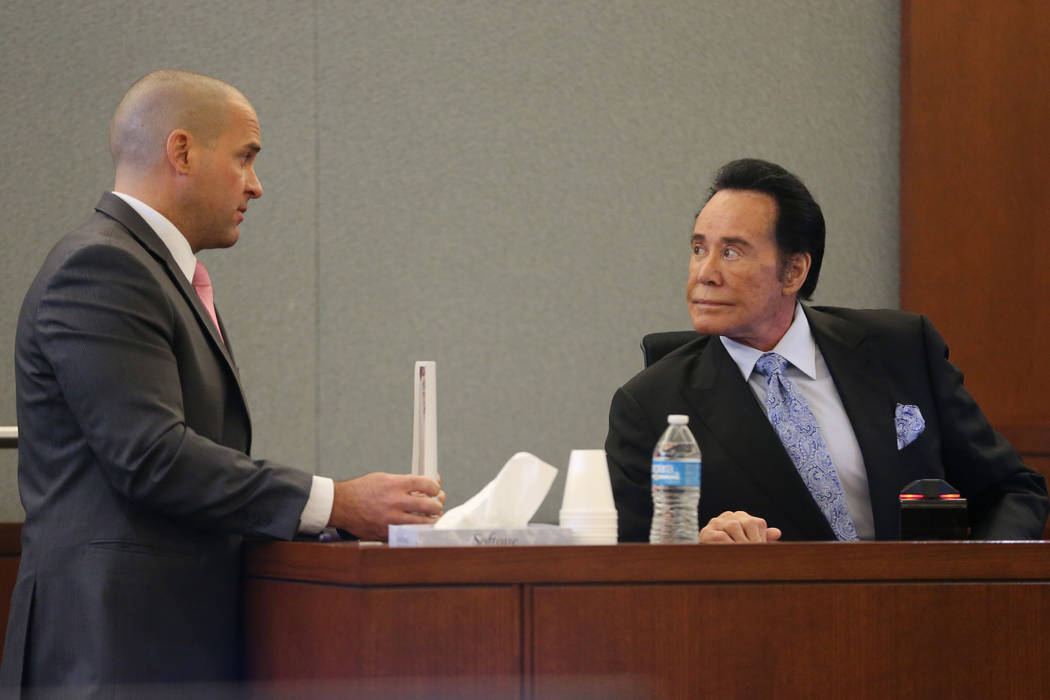 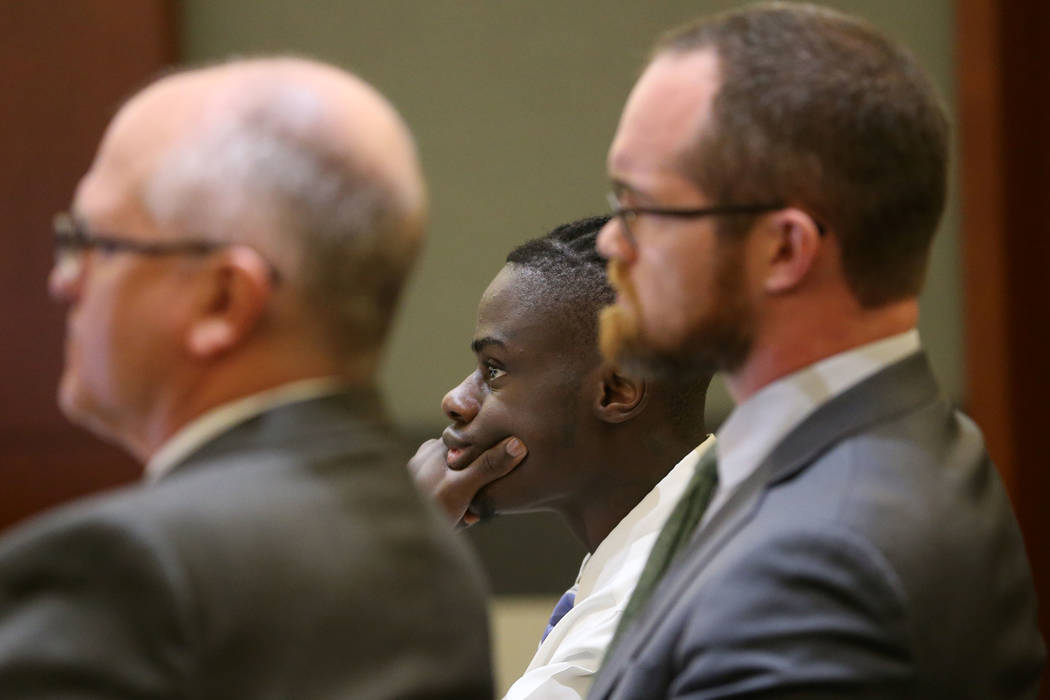 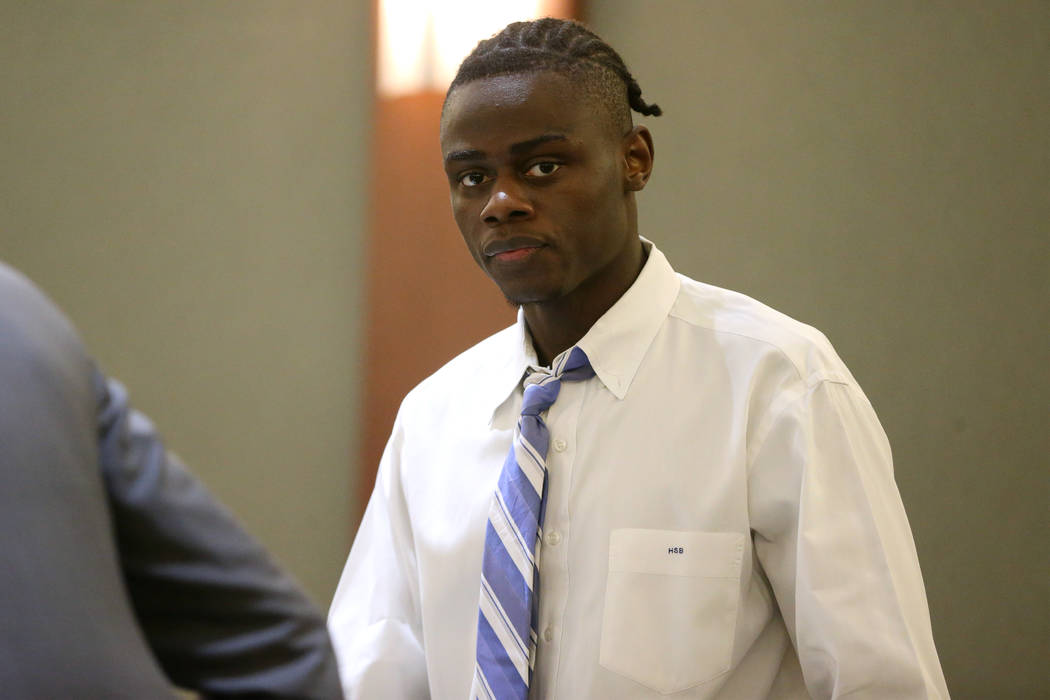 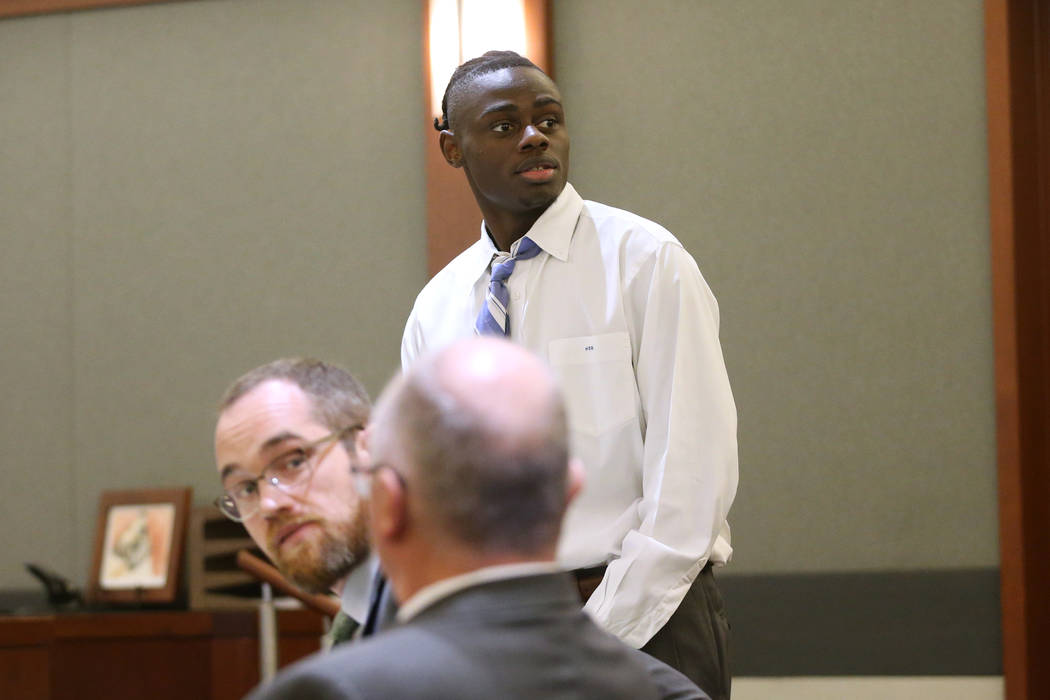 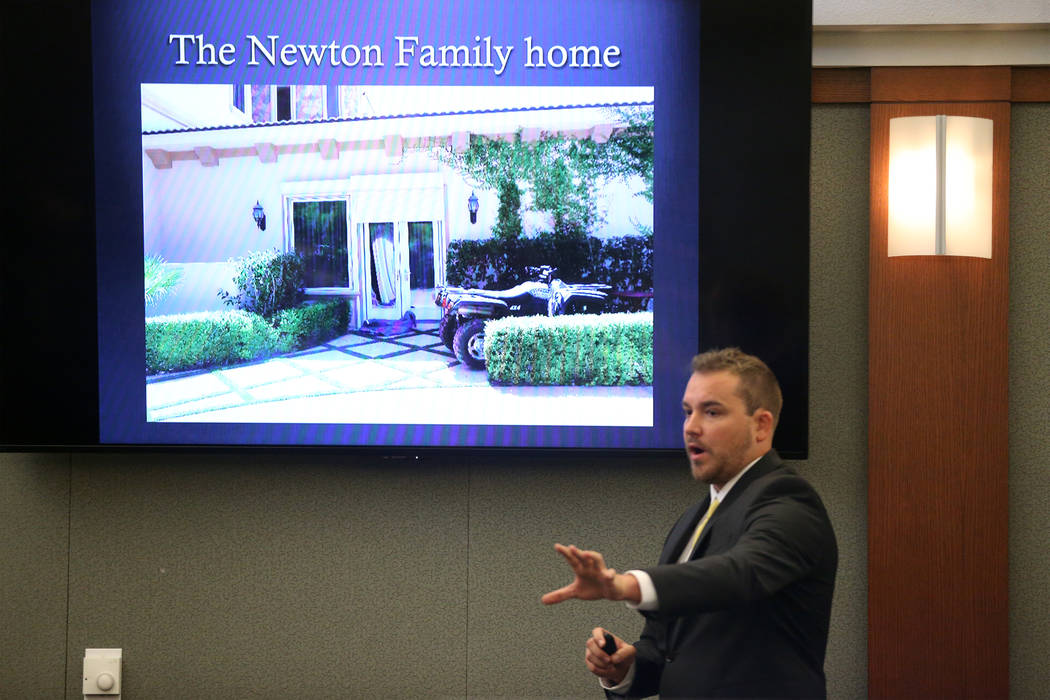 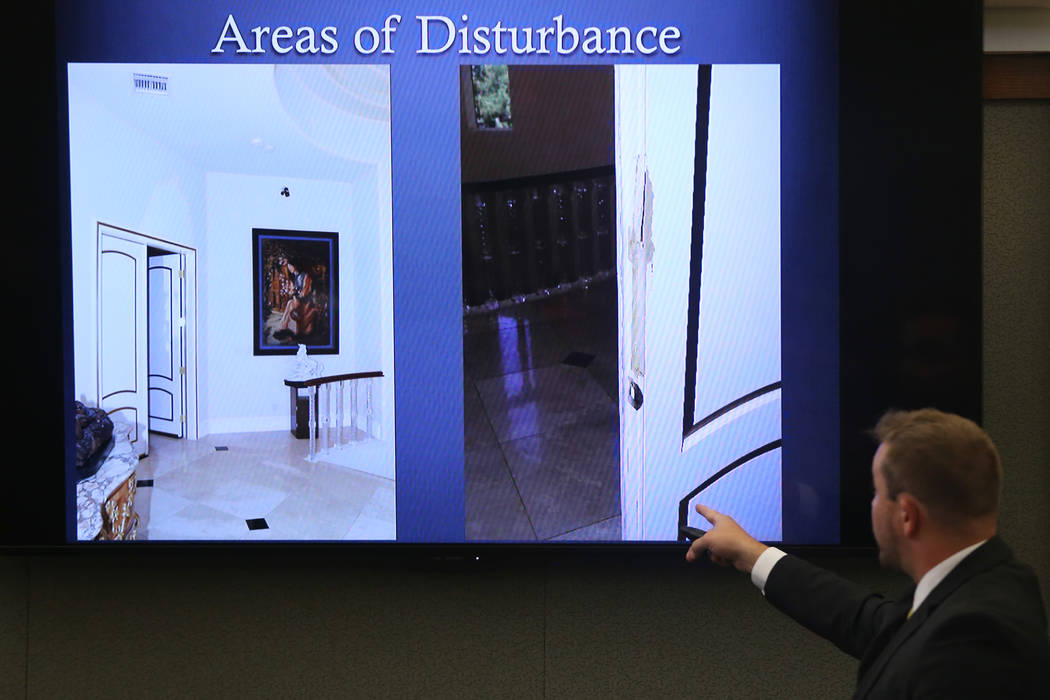 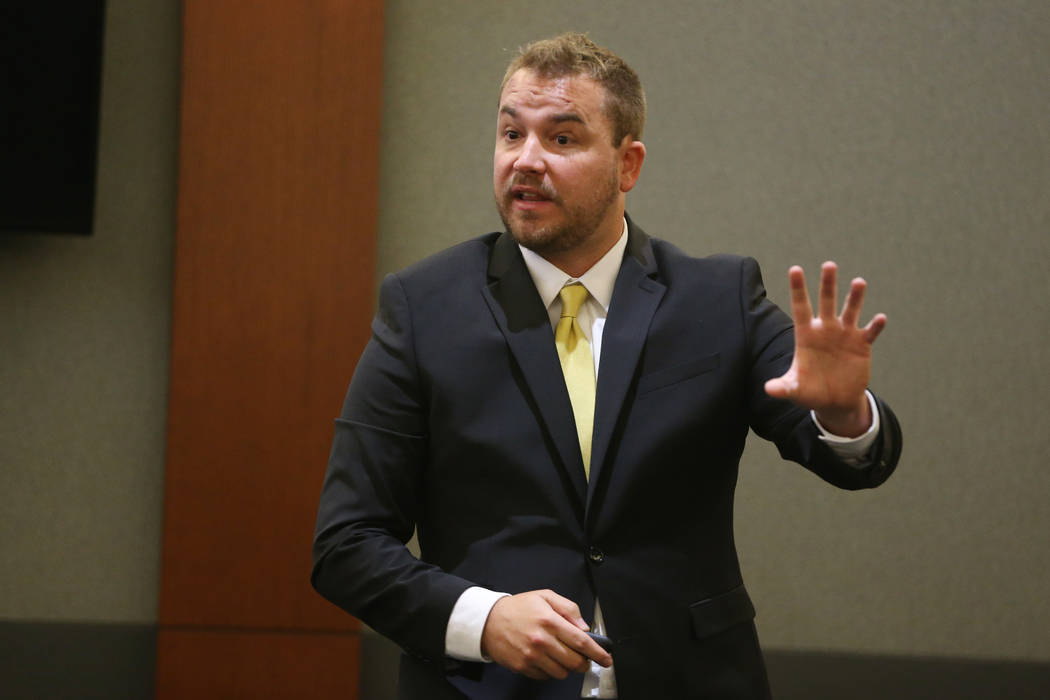 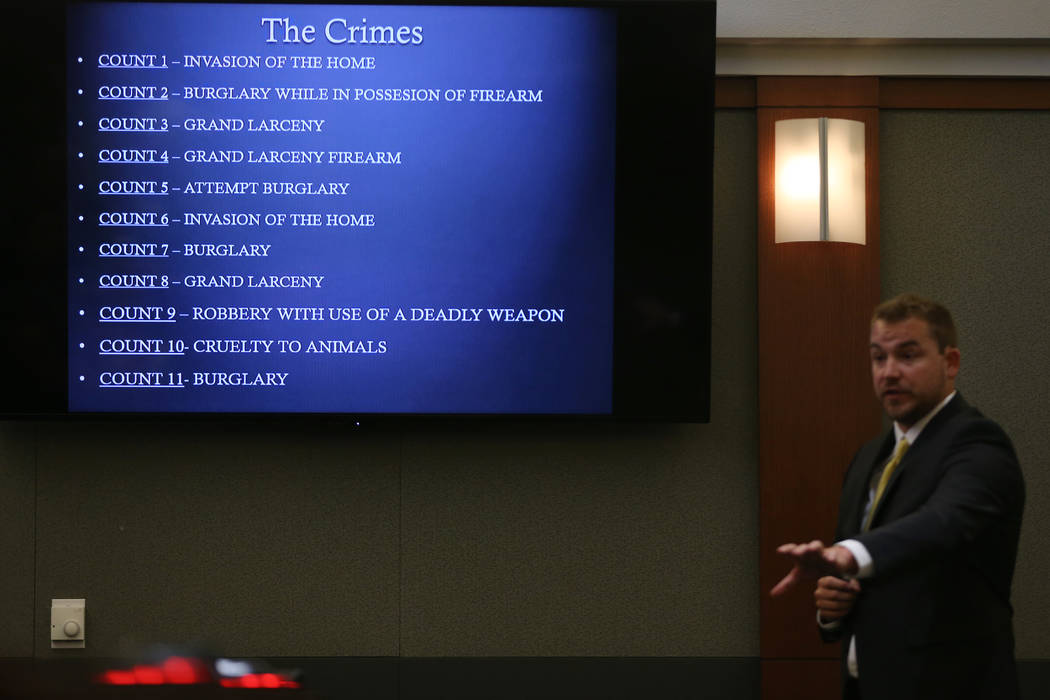 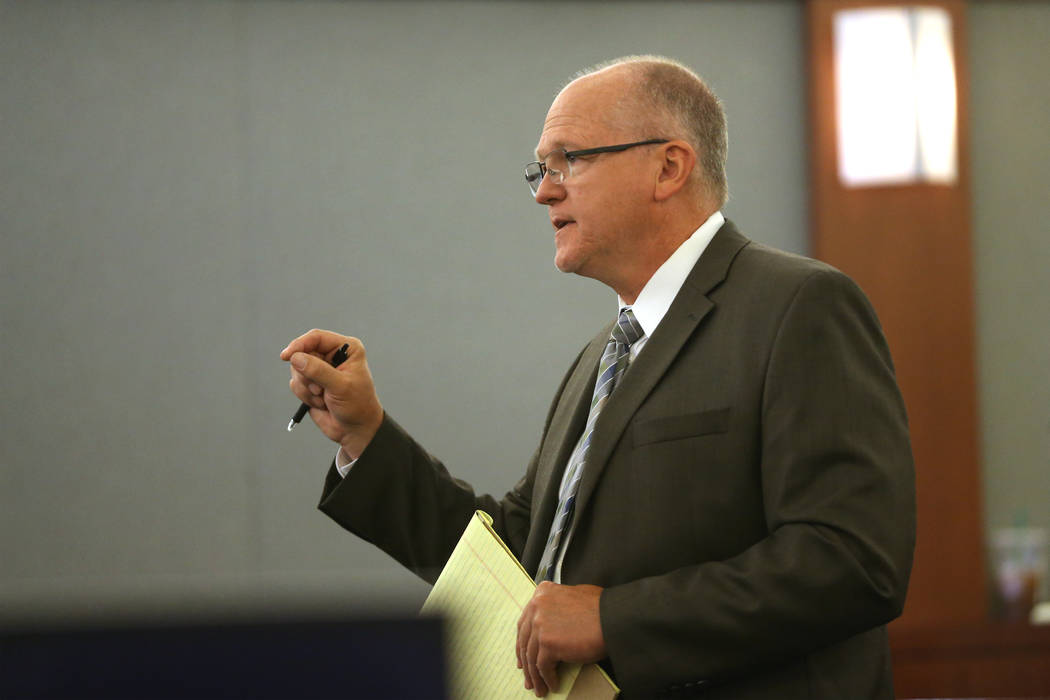 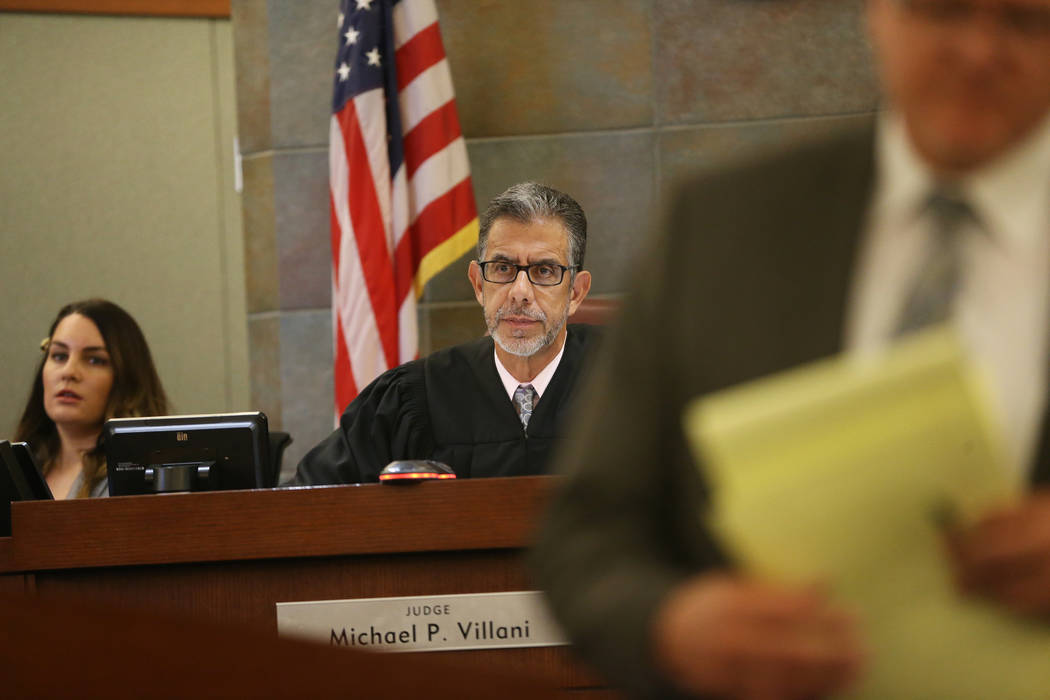 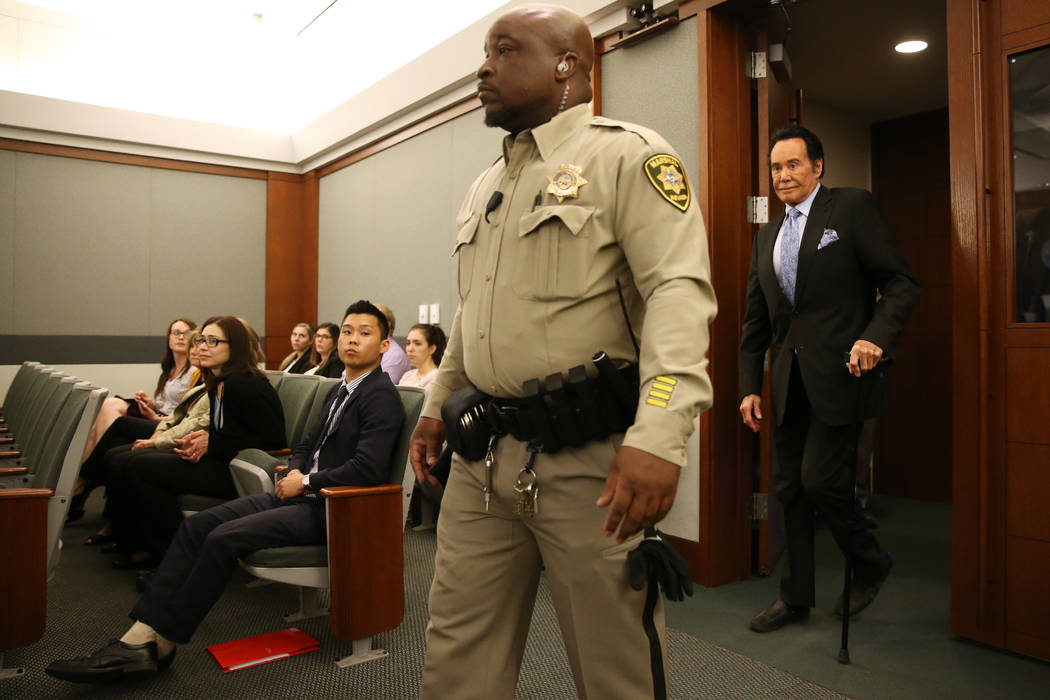 Wayne Newton enters the courtroom to testify as a witness in the State of Nevada case against Weslie Martin, accused of burglarizing Newton's home, at the Regional Justice Center in Las Vegas, Tuesday, June 18, 2019. (Erik Verduzco / Las Vegas Review-Journal) @Erik_Verduzco 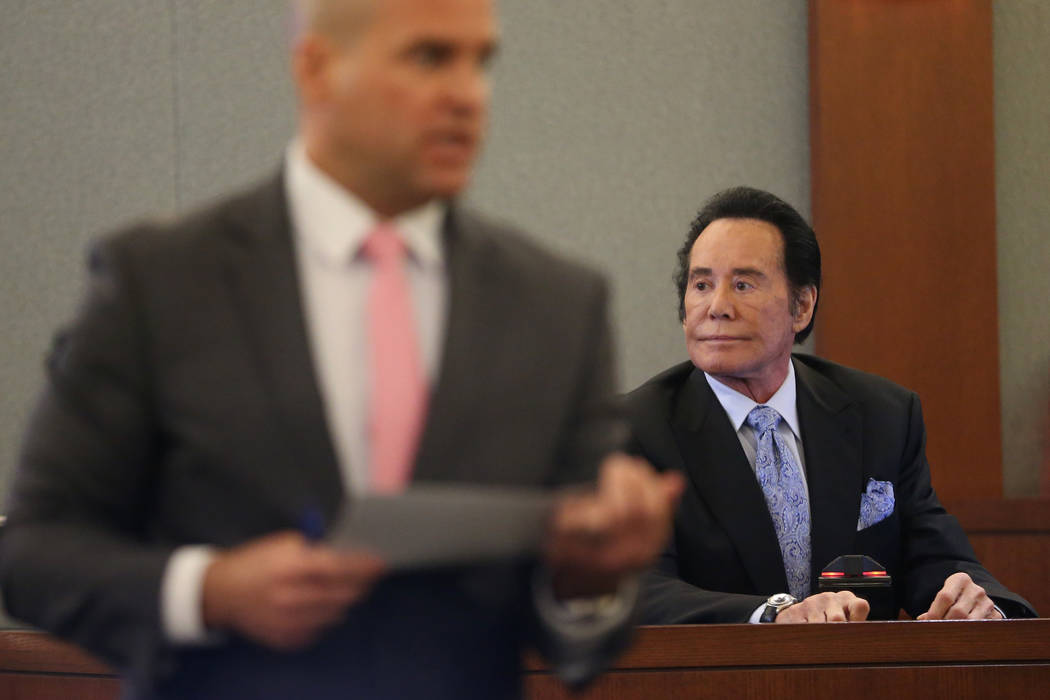 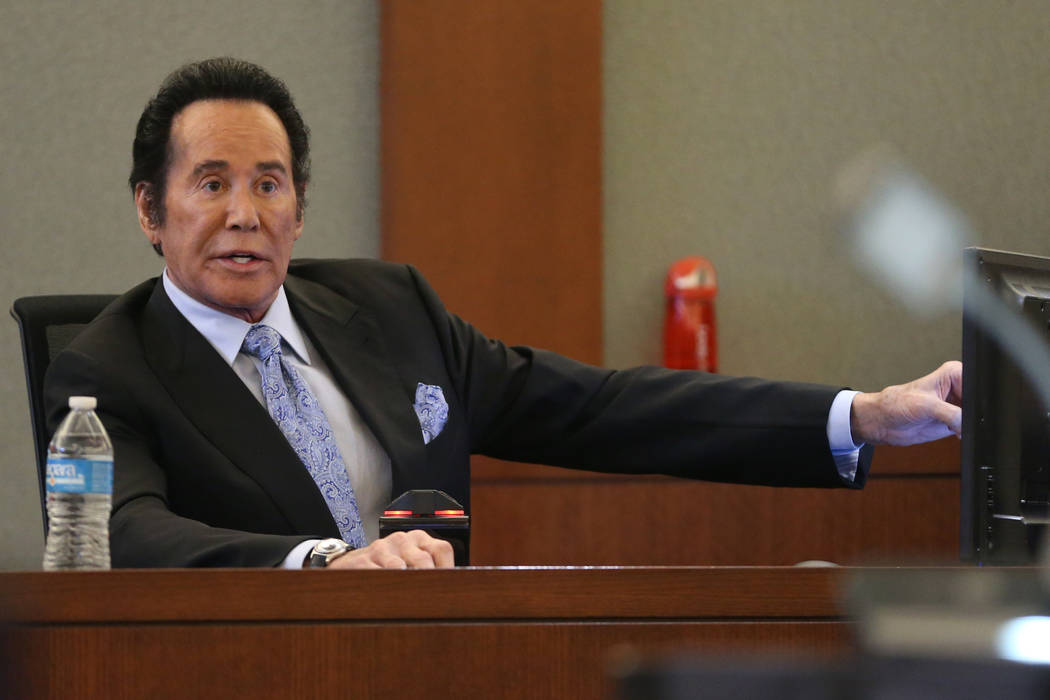 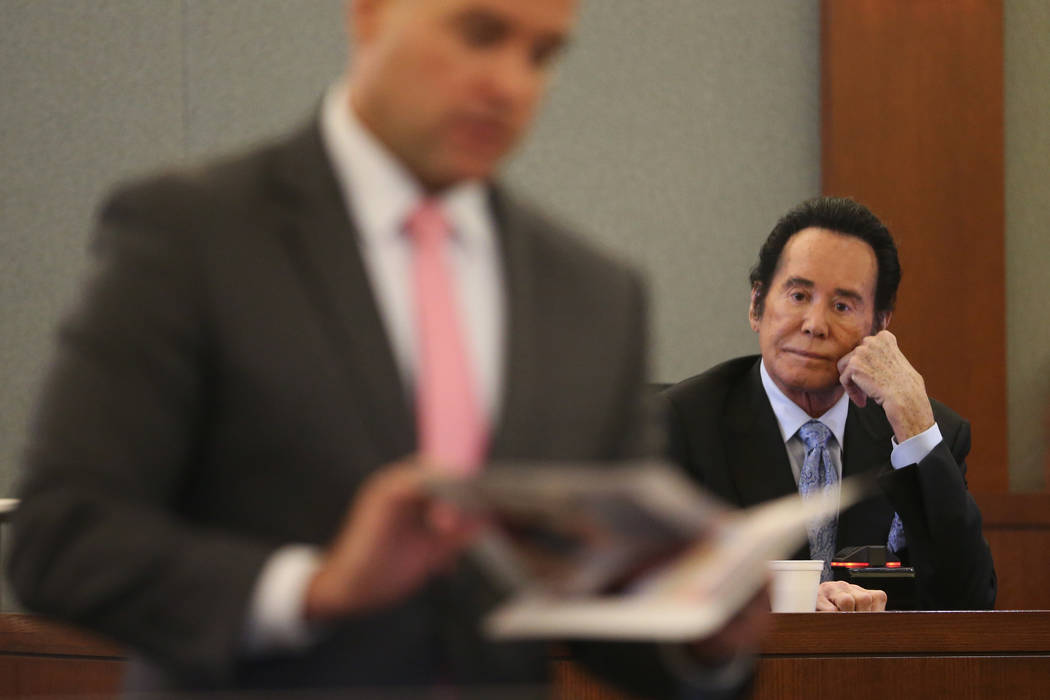 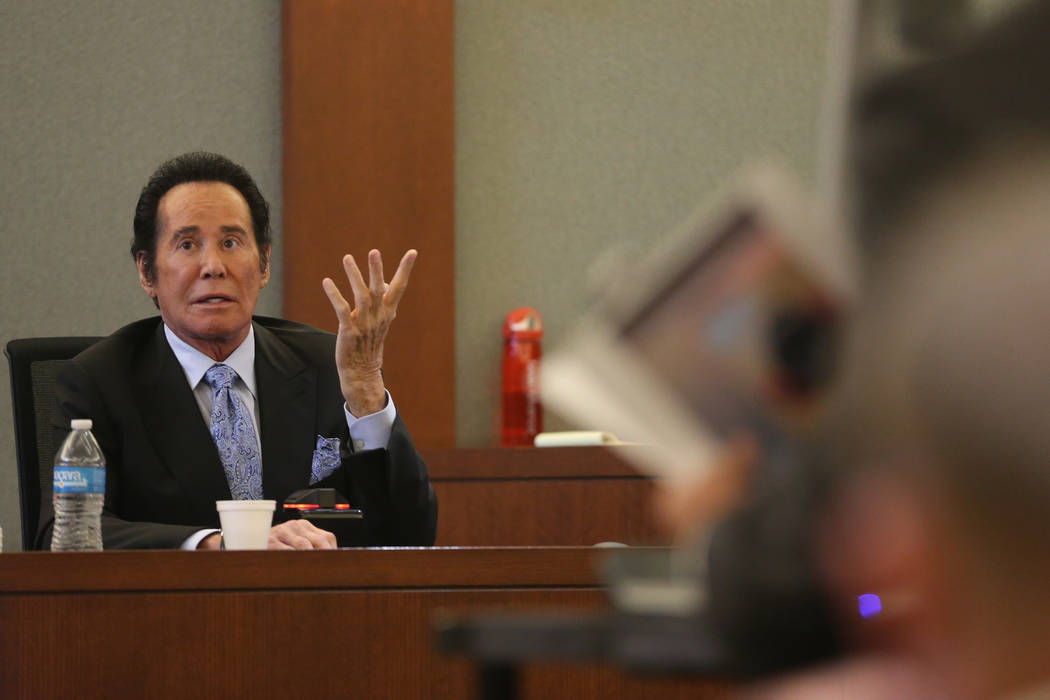 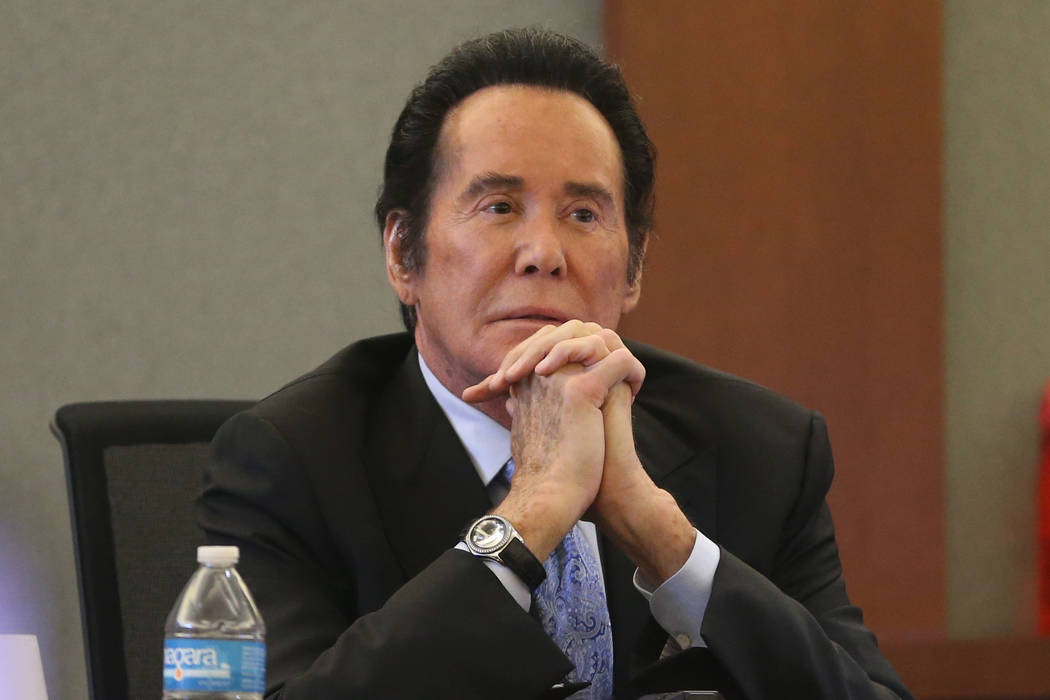 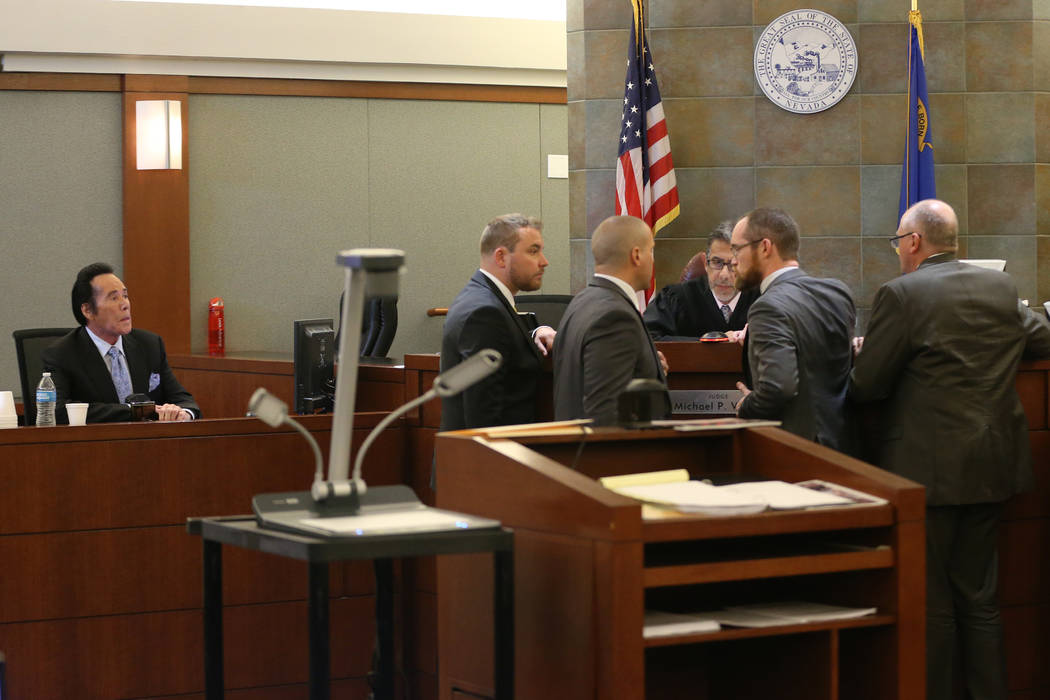 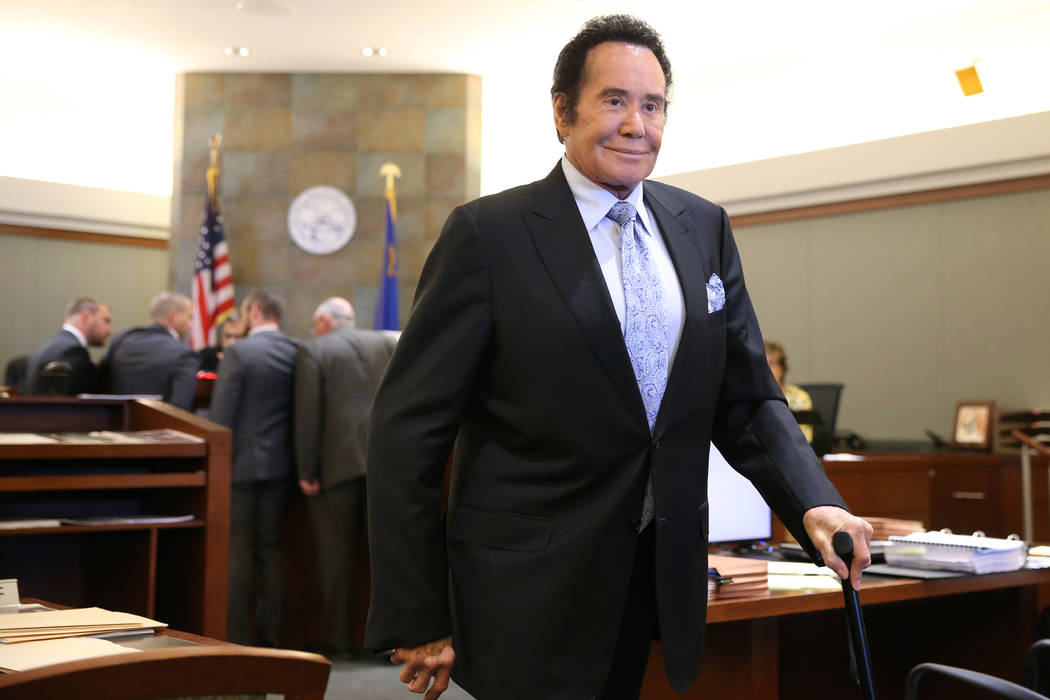 Wayne Newton leaves the courtroom after testifying as a witness in the State of Nevada case against Weslie Martin, accused of burglarizing Newton's home, at the Regional Justice Center in Las Vegas, Tuesday, June 18, 2019. (Erik Verduzco / Las Vegas Review-Journal) @Erik_Verduzco

Martin was arrested in July 2018 after police traced stolen watches and jewelry sold at a Nevada Coin & Jewelry store to him, prosecutor Jory Scarborough said. When they searched Martin’s home, police found more of the Newton family’s stolen property.

The first burglary was discovered on June 3, 2018, after a housekeeper arrived at the home to let the Newtons’ dogs outside while they were out of town. As she walked around the outside of the house, she noticed a shattered glass door leading to a guest bedroom, Scarborough said.

Newton said on the stand Tuesday that his 17-year-old daughter, Lauren, was so shaken by the first burglary that she began sleeping in her parents’ bedroom. Evidence photos from the second burglary show an air mattress was added to the master bedroom.

“Very,” was all he said when asked if he was angry about the burglaries.

The second break-in came on June 13, 2018, when the Newtons arrived home late at night to find two men inside their home. Both fled the scene before police arrived, but dropped a crowbar and some of the Newtons’ property as they jumped over a wall.

“I’m going to let you know upfront that my client is not innocent of all wrongdoing,” Martin’s attorney, Will Ewing, said in his opening argument.

Shortly before the June 13 burglary, a surveillance camera at another home in the neighborhood recorded footage of two men in the backyard, Scarborough said. The men moved the camera to point away from the home’s back door, but not before it caught Martin’s face.

“That is Weslie’s face in that video,” Ewing said, but he added that there was no forced entry at the other home and that nothing was stolen. He argued that there was nothing to connect Martin to the Newton burglary on June 13 other than surveillance footage from the Newtons’ home that showed a man with a similar build.

A camera in the home’s stairwell showed one man, wearing gloves and a backpack, walk in during the first burglary, and two masked men with backpacks during the second.

Wayne Newton told the jury that two of the family’s dogs, Rhodesian Ridgebacks named Ginger and Diva, attacked the burglars on June 13 after one suspect threatened his wife with a crowbar. Both dogs were injured, he said, and one had its teeth knocked out.

Newton drew a handgun and fired a shot into the air as the men fled, but no one was injured.

In both burglaries, closets in the home were ransacked and valuables were stolen, including jewelry and watches, Wayne Newton’s military medals, a revolver and two pens he received from casinos where he performed. Many items that Newton said were irreplaceable have yet to be recovered.

Ewing argued that detectives were pressured to solve the burglary case quickly because of Wayne Newton’s fame and attention from local and national media.

“I think we’re going to show that circumstances led to Mr. Martin being used as a scapegoat,” Ewing said.

Police have yet to identify a second suspect in the June 13 burglary. Martin will return to court Wednesday as the trial continues in District Judge Michael Villani’s courtroom.