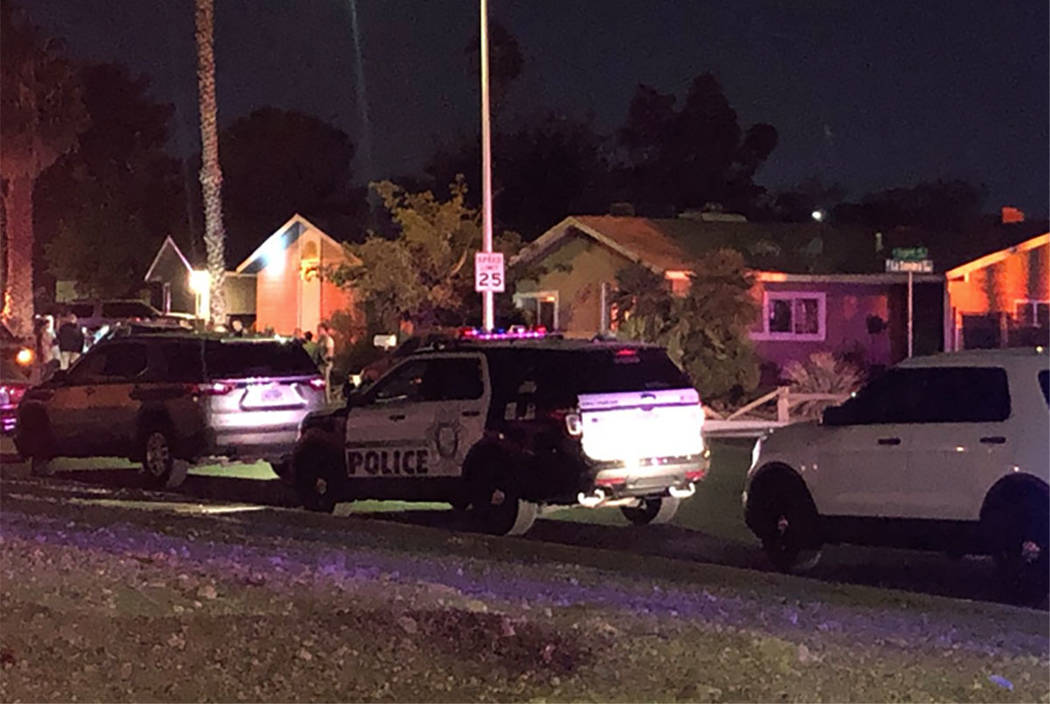 Four children under 10 years old were in a home during a murder-suicide Friday night in the northwest valley, Las Vegas police said.

Officers were called to the house just before 9:40 p.m. after a report of a shooting in the 2100 block of La Sombra Street, near Lake Mead and Jones boulevards, according to Metropolitan Police Department homicide Lt. Ray Spencer.

Police believe a woman in her late 20s was shot by a man in his mid-30s before he turned the gun on himself, Spencer said outside the home Friday night. Police said the two were in a relationship and lived at the house.

Both died at the scene and appeared to have been shot in the head, Spencer said.

Four children, between the ages of 3 and 9, were in the home during the shooting but were not injured. Spencer said detectives believe at least one child witnessed the shooting.

“We’re trying to figure out the exact relationship because there’s other biological parents involved as well that are on scene, so we’re trying to make sure that all the parents are reunited with their children,” Spencer said.

Police believe the shooting happened after a “domestic argument” turned physical. The couple had come home Friday evening to five children and a grandmother.

The grandmother then left, taking an older child with her to the store and leaving the other four children with the couple, Spencer said.

When officers arrived, they found three children sitting outside.

“When they went inside the house is when they found the other child sitting on the sofa,” Spencer said. “The officers carried that child out of the house, then tried to render aid to the male and female.”

The woman’s death marks the 91st Metro homicide investigation this year, according to records maintained by the Review-Journal. The victims will be identified by the Clark County coroner’s office after their families have been notified.