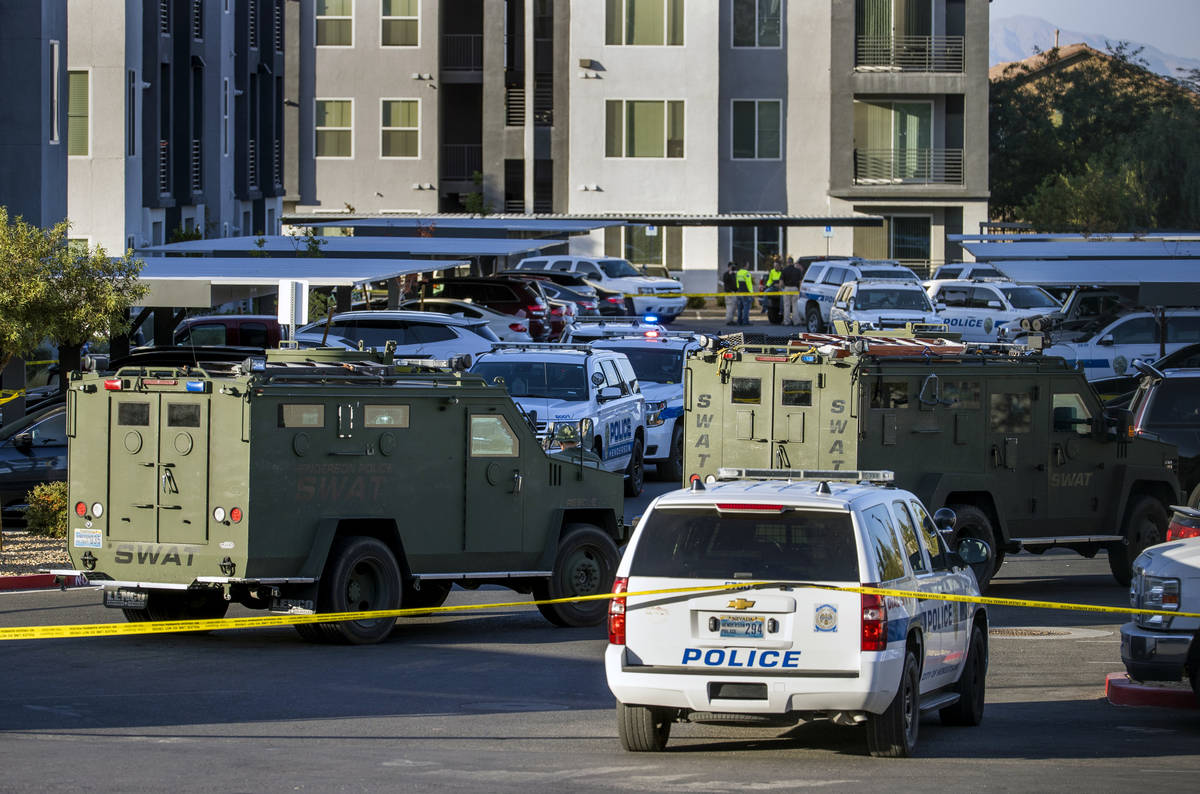 Numerous emergency vehicle as well as SWAT pack the parking lot after four were killed and one injured in police shooting at The Douglas at Stonelake Apartments on Tuesday, Nov. 3, 2020, in Henderson. L.E. Baskow/Las Vegas Review-Journal) @Left_Eye_Images 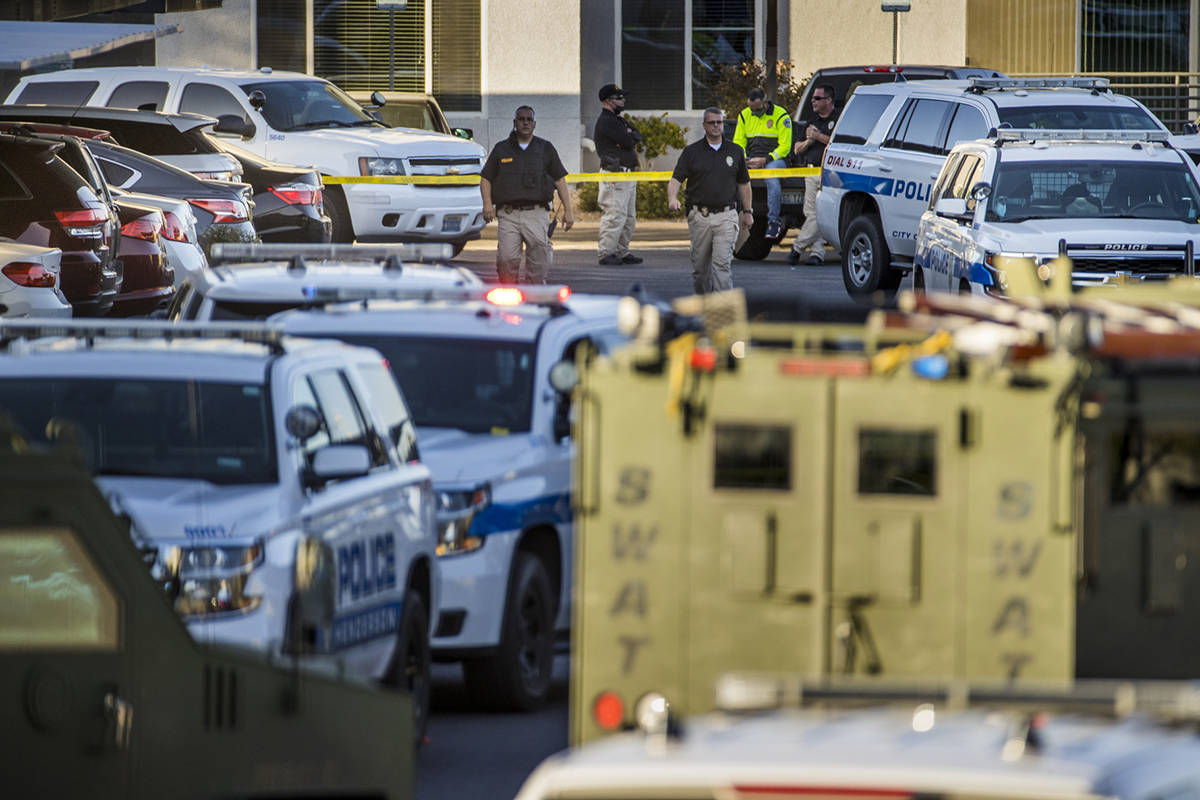 Officers move about outside after four were killed and one injured in police shooting at The Douglas at Stonelake Apartments on Tuesday, Nov. 3, 2020, in Henderson. L.E. Baskow/Las Vegas Review-Journal) @Left_Eye_Images

The Clark County coroner’s office has identified the four people who died Tuesday after Henderson police said a man shot two women and a girl before taking a boy hostage.

Dianne Hawatmeh, 38, of Henderson and Veronica Muniz, 33, of Las Vegas, were found dead at the The Douglas at Stonelake Apartments, 1445 Stonelake Cove Ave. around 11 a.m., according to a statement from Clark County on behalf of the coroner’s office.

The suspected shooter, Jason Bourne, 38, of Henderson, was found in the parking lot holding a gun to a 12-year-old boy’s head, Henderson police said Wednesday.

The boy, identified Friday as Joseph Hawatmeh, of Henderson, died at the scene, but it is unclear if he was shot by Bourne or police.

Bourne is also suspected of injuring a 16-year-old girl, who was identified by friends of the Hawatmeh family as Dianne Hawatmeh’s daughter, Yasmeen. She was in stable condition at a local hospital as of Wednesday night.

Bourne’s cause of death was ruled to be gunshot wounds, according to the coroner’s office.

Investigators believe Bourne lived in the apartment above the Hawatmeh’s unit.