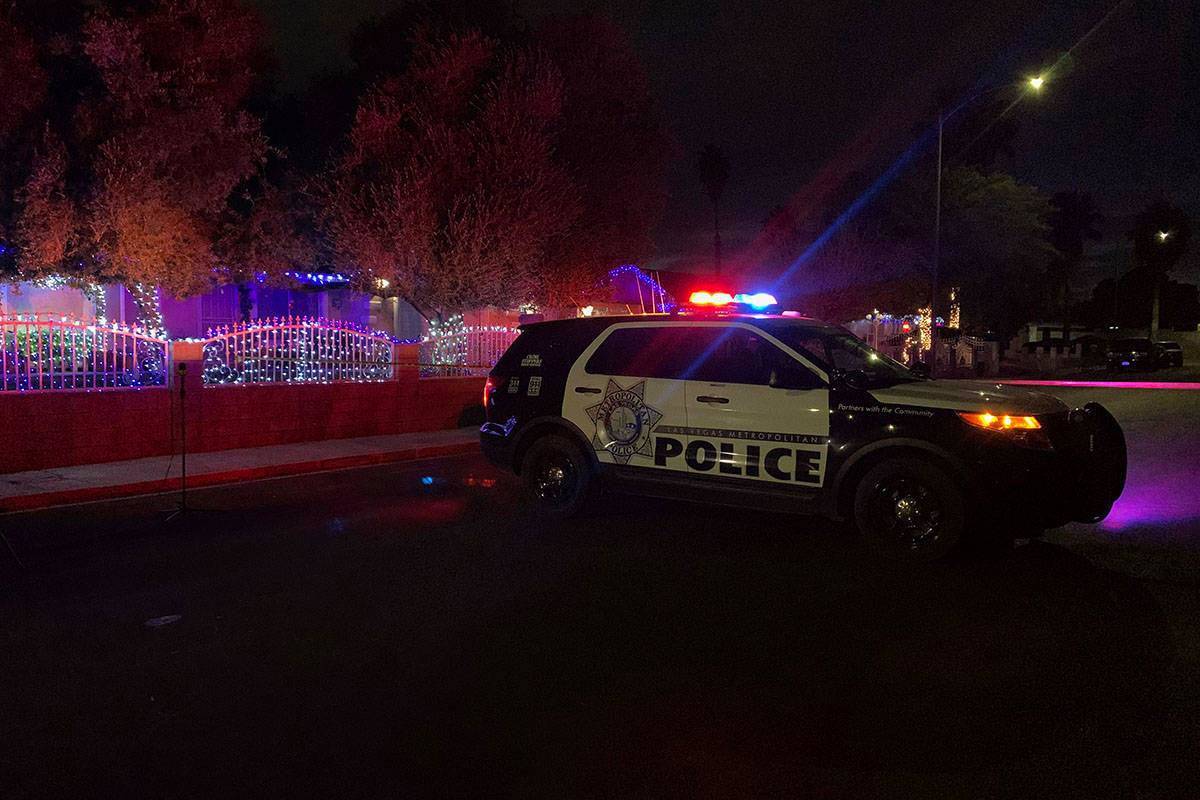 Las Vegas police at the scene of a homicide in the 100 block of Montello Avenue near East Charleston and North Nellis boulevards, on Dec. 8, 2020. Anthony Rivero, 21, died of a gunshot wound to the back, the Clark County coroner’s office said. His death was ruled a homicide. (Sabrina Schnur/Las Vegas Review-Journal)

The Clark County coroner’s office has identified a man who was shot and killed in a fight last week in east Las Vegas.

Anthony Rivero, 21, died Dec. 8 of a gunshot wound to the back, the coroner’s office said. His death was ruled a homicide.

Las Vegas police were called just after 2 p.m. to the 100 block of Montello Avenue, near Nellis and Charleston boulevards, after receiving a report of a shooting, authorities said.

Rivero was parked in the middle of the street when he got into a fight with another man, police said.

The other man fired multiple rounds, hitting Rivero, who then drove a quarter-mile from the scene before crashing into a yard on the 4900 block of Ronan Drive.

Metropolitan Police Department homicide Lt. Ray Spencer said Tuesday that police have not made any arrests in the case.