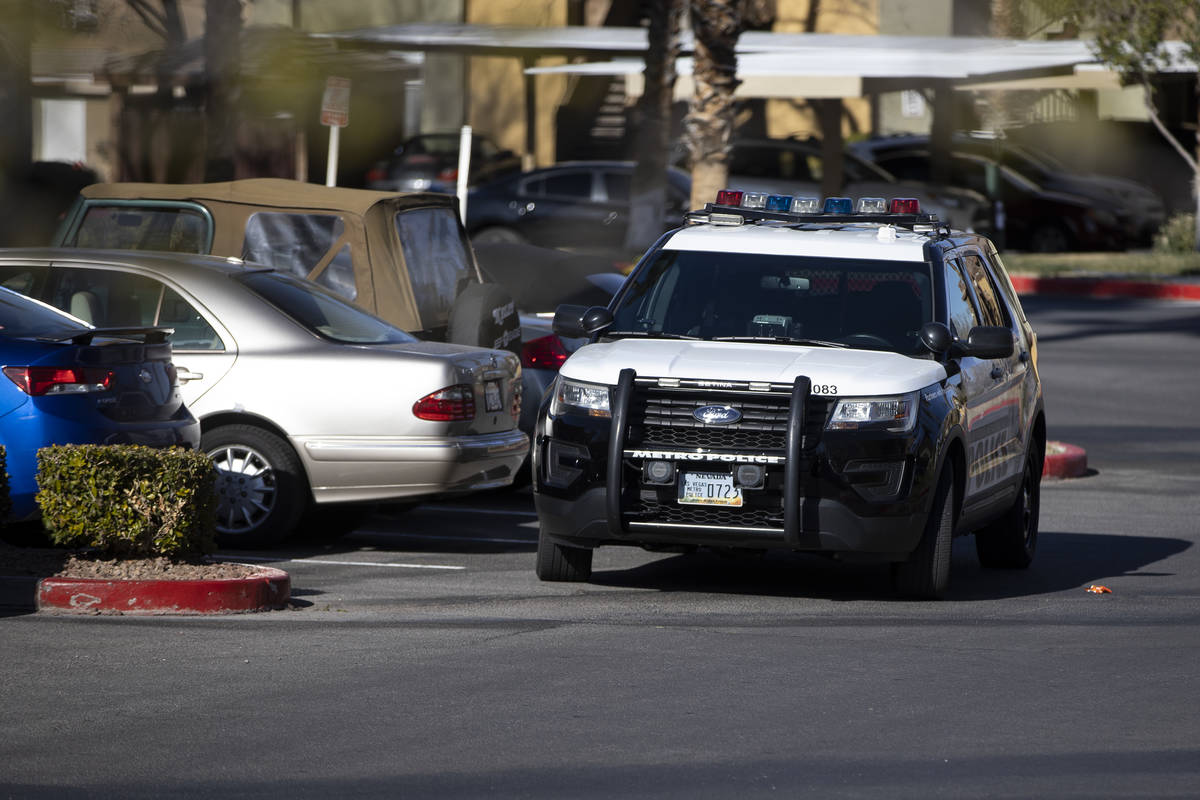 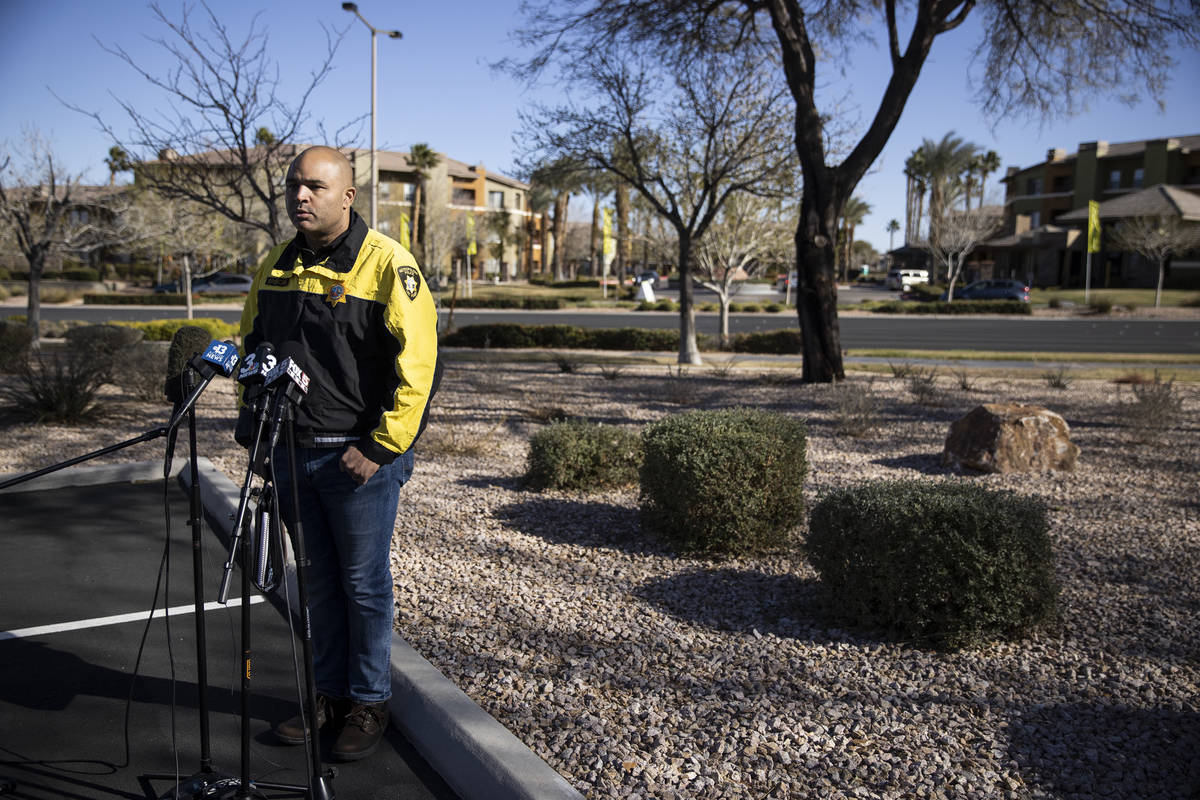 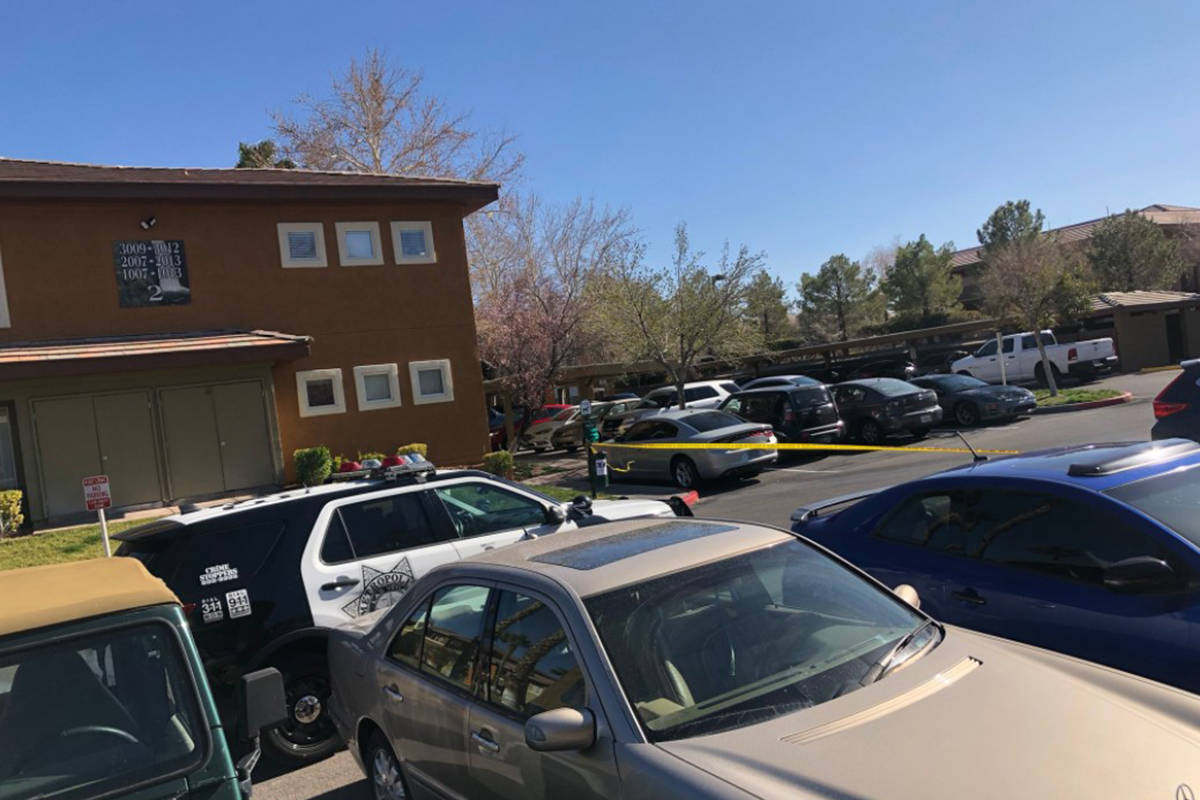 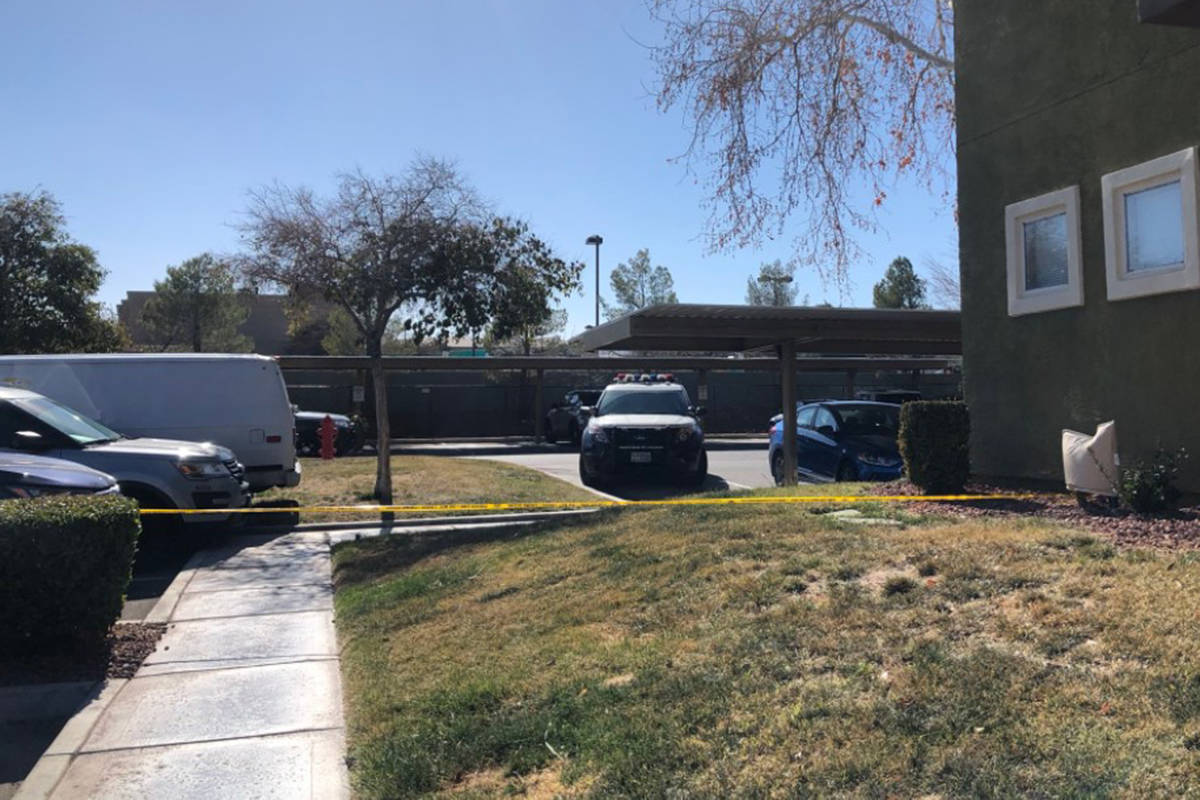 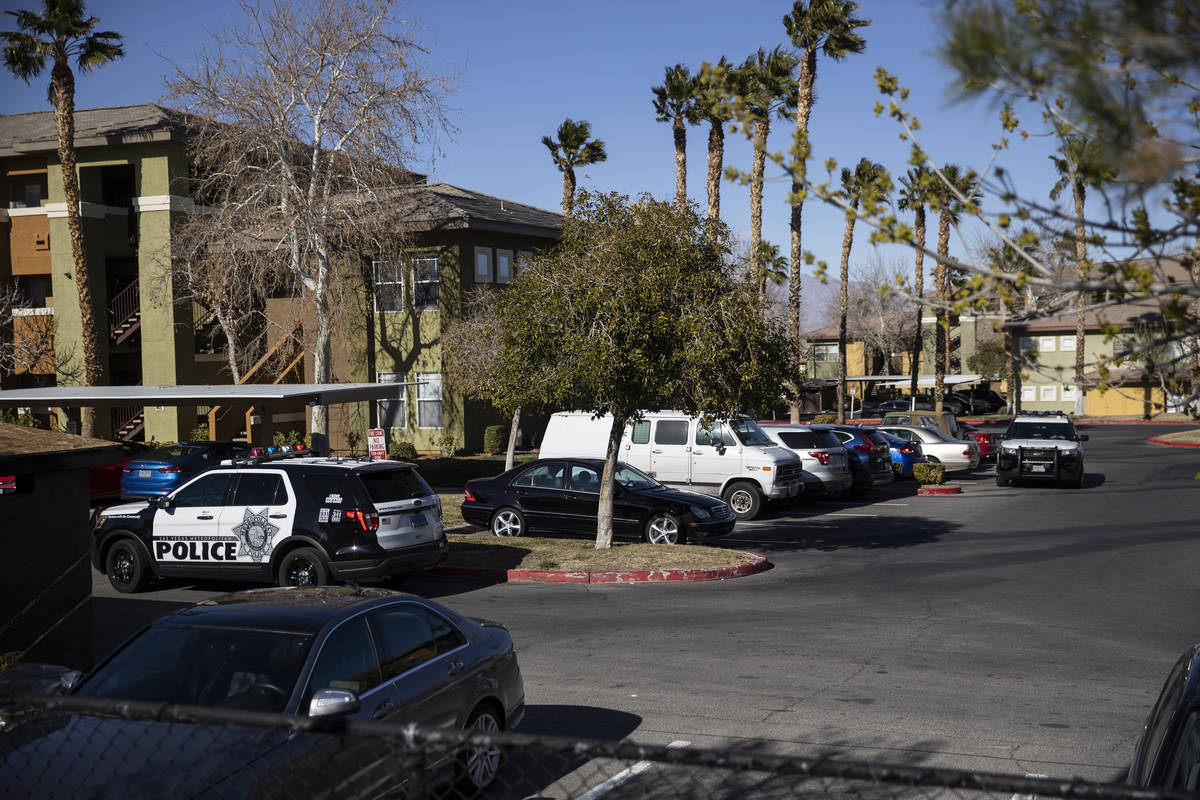 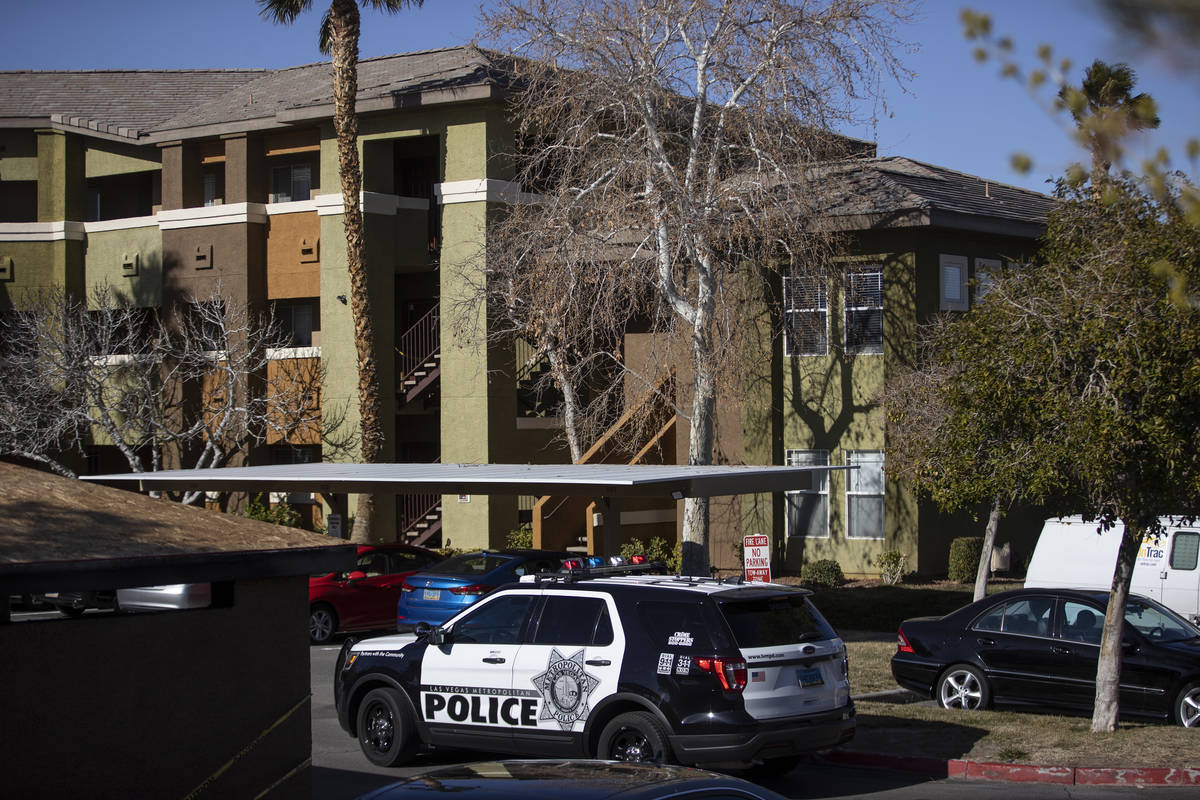 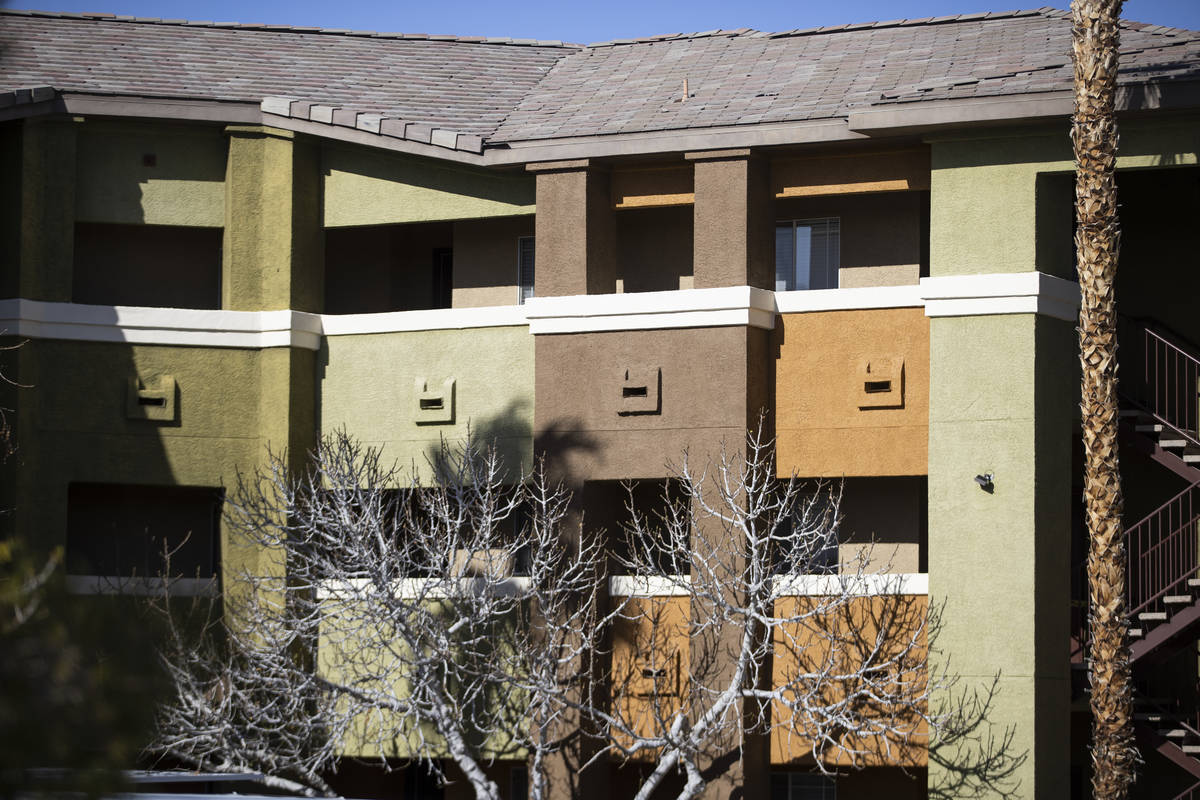 The bodies of a man and a woman were found in a Summerlin apartment on Saturday after the man killed the woman, then shot himself days later, Las Vegas police said.

About 11 a.m. Saturday, a relative from out of state called Las Vegas police to request a welfare check for the couple after not hearing from them in a week, Metropolitan Police Department homicide Lt. Ray Spencer said during a news briefing outside the scene on Saturday afternoon.

When officers arrived at the Falling Waters Apartments complex, 1350 N. Town Center Drive, there was a noticeable odor coming from their apartment, Spencer said. The man and woman, who were in their 50s, were both found dead with gunshot wounds.

“She was killed a significant amount of time prior to him being deceased,” he said.

In a Sunday news release, Metro said the woman had health issues and the couple was “in a financial crisis.”

Spencer said police have not received any domestic violence reports regarding the couple in the past 10 years.

The man and woman will be identified by the Clark County coroner’s office.