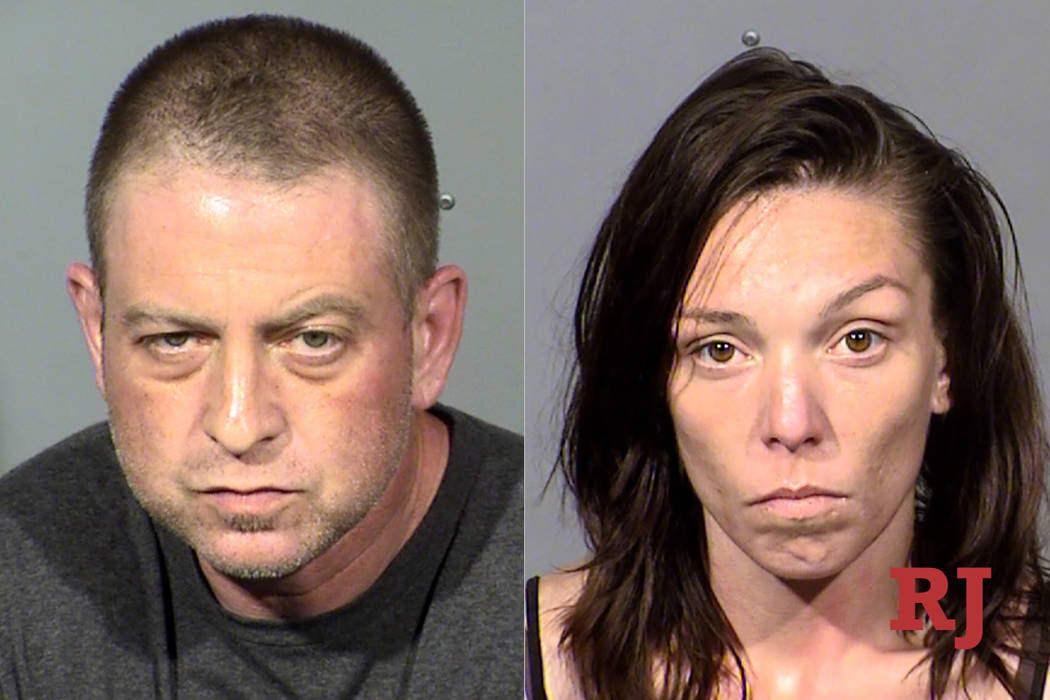 The body of a woman who had been missing since May was found last week inside a “concrete and wooden structure” in a desert area north of the valley, Las Vegas police announced Monday.

On May 31, after not hearing from the woman for several days, her family reported her missing to the Metropolitan Police Department.

It wasn’t until mid-July, the department said, that an anonymous tip led detectives to 45-year-old Christopher Prestipino, a felon, and his alleged co-conspirator, identified by Metro as Lisa Mort, 31.

Detectives suspect that Prestipino had held the victim against her will inside his home, on the 9000 block of Iron Cactus Avenue, and that Mort “had knowledge of what had occurred and assisted Prestipino.”

Las Vegas police call logs show that detectives paid Prestipino a visit on the morning of July 19 at his home in the Mountain’s Edge community in the far southwest valley.

Details of that visit were not available.

The woman’s body was located Oct. 8, but police did not say in their Monday announcement how detectives found the body or the exact location where her body had been dumped.

The suspects were arrested Friday and remained in custody Tuesday at the Clark County Detention Center awaiting a status hearing in the case.