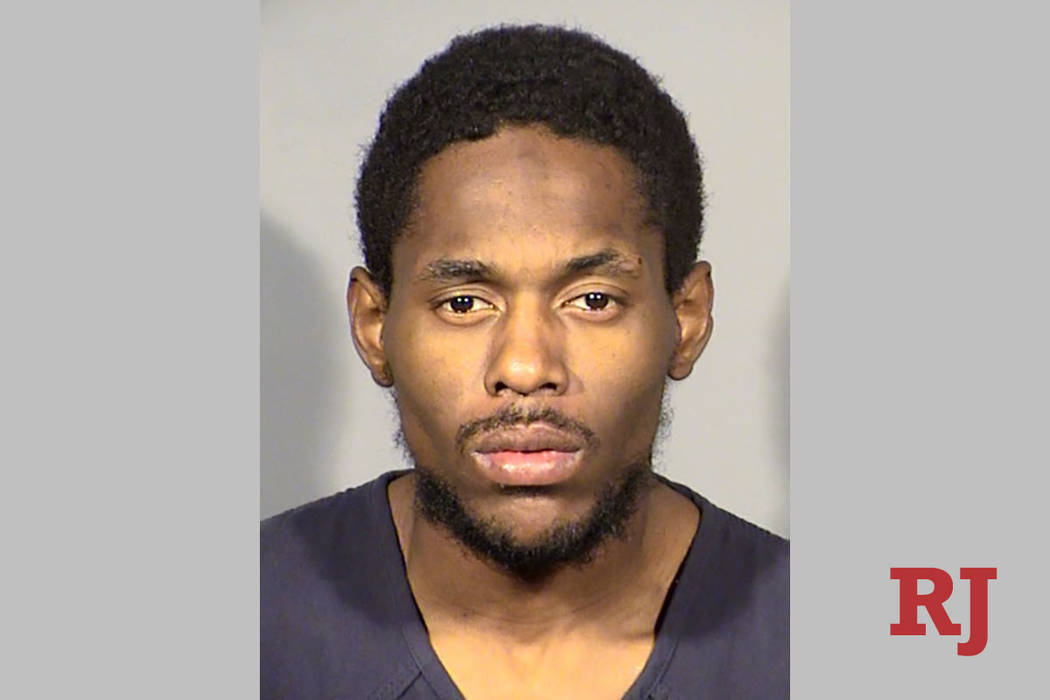 Jarrid Jermaine Johnson walked into the Clark County Detention Center on Christmas Eve morning, then confessed to killing a homeless man and mutilating his body, according to a Las Vegas police document.

“The details provided by Johnson were consistent with details that would only be known by the possible suspect,” homicide detectives later wrote in Johnson’s arrest report.

The 25-year-old suspect was being held Tuesday on $1 million bail at the jail, where he faces one count of murder with a deadly weapon in the Dec. 21 killing of 63-year-old Ralph Franzello, jail records show.

The records showed that he also faces a charge of domestic battery with a deadly weapon in a separate case from Dec. 14 and that he was released from the detention center on his own recognizance two days before Franzello was killed.

Franzello’s maimed body was found next to an overturned shopping cart at the end of a cul-de-sac on the 4000 block of Pinecrest Street, near East Flamingo and South Sandhill roads. Multiple sharp and blunt force injuries killed him, according to the Clark County coroner’s office.

In Johnson’s arrest report, detectives detailed a slew of injuries to Franzello’s head, eyes, ears and torso with a long laceration stretching from his stomach to the top of his sternum.

When Johnson entered through the visitor’s entrance of the detention center on the morning of Dec. 24, his arrest report said, he told a corrections officer that he was there to “confess” that “he had murdered someone.”

He was taken to the Metropolitan Police Department’s headquarters for an interview, at which time Johnson told detectives that he had killed Franzello during a fight over the victim’s belongings, according to the report.

Johnson added that he was “completely naked” when he began rummaging through Franzello’s belongings, kept in a shopping cart, while Franzello was sleeping on a sidewalk in the neighborhood.

Surveillance in the area corroborated Johnson’s story, and while reviewing footage with detectives, the report said, “Johnson identified himself as the person on the video.”

Shortly after the killing, according to the report, Johnson took Franzello’s blanket and hat, walked to the parking lot of a nearby church, climbed into a dumpster and went to sleep.

The next morning, Johnson told detectives, he “walked to the mountain,” where he made the decision to turn himself in, according to the report. The scene of the stabbing is located just southwest of the Sunrise Mountain Natural Area.

Attempts to reach Franzello’s family on Tuesday were unsuccessful, but according to his online obituary, Franzello was born in New Jersey.