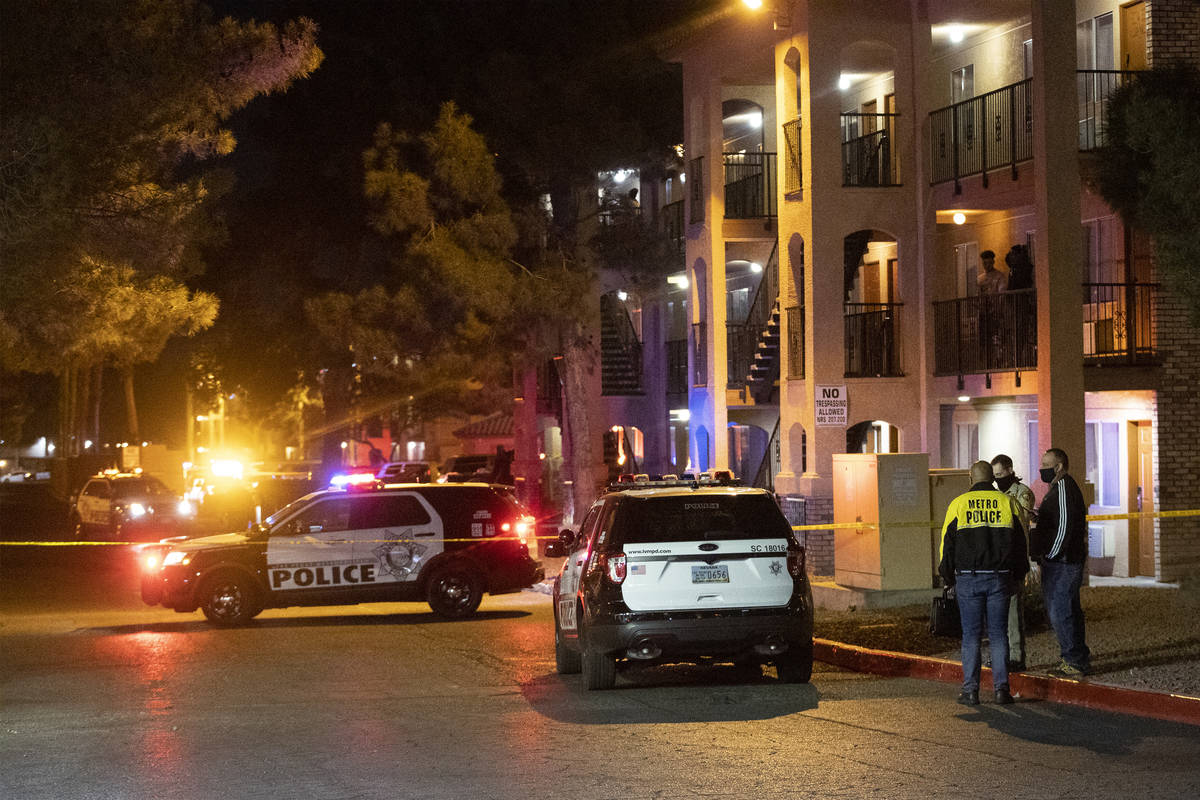 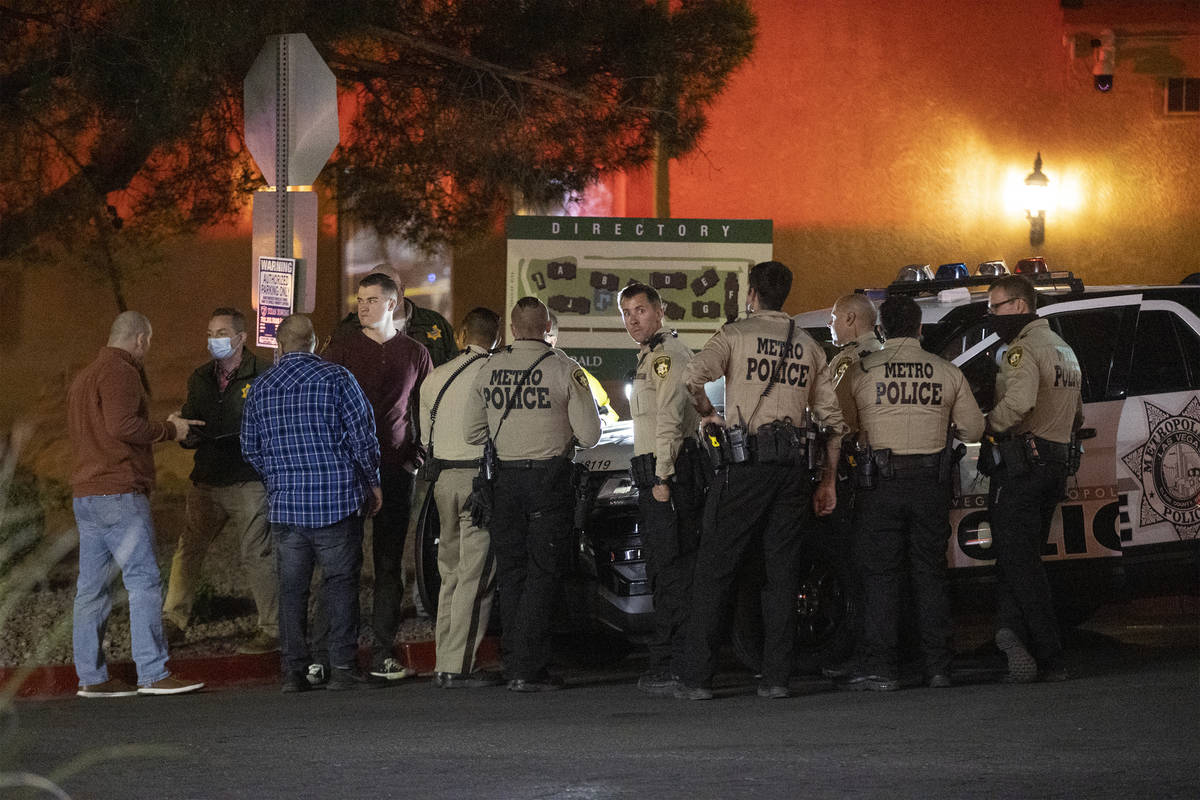 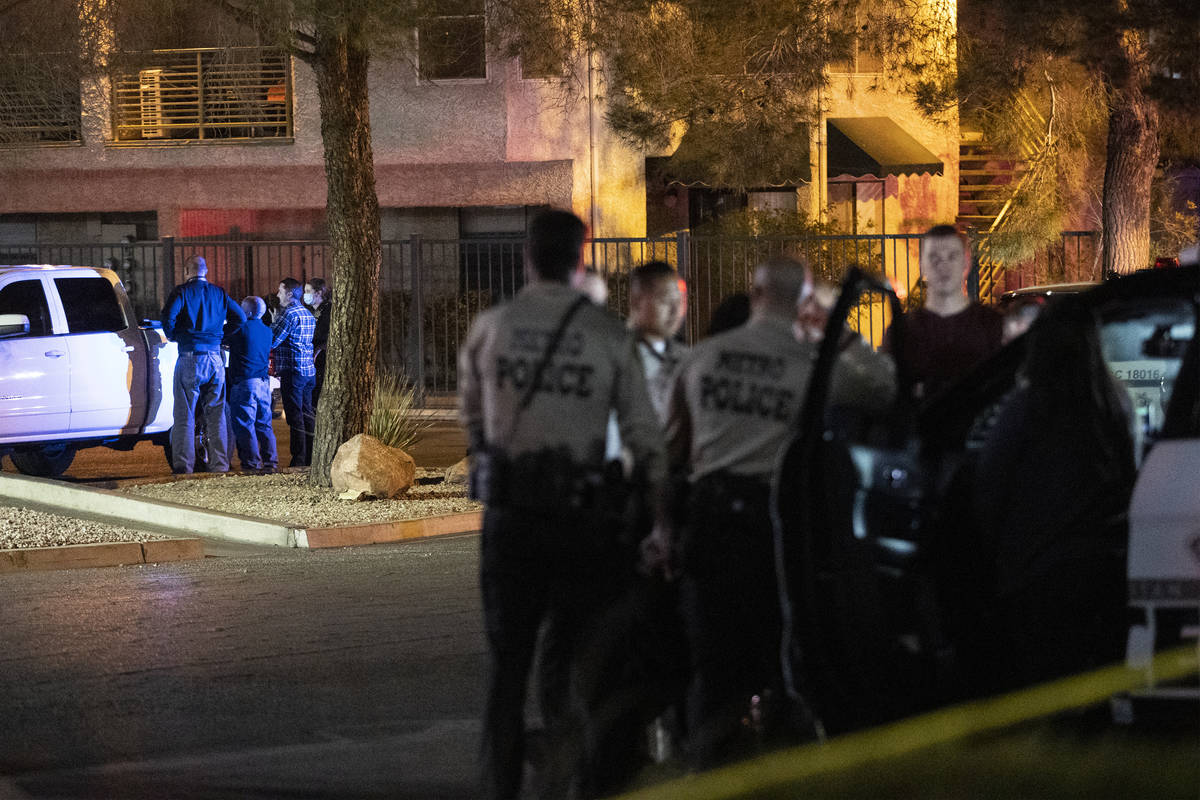 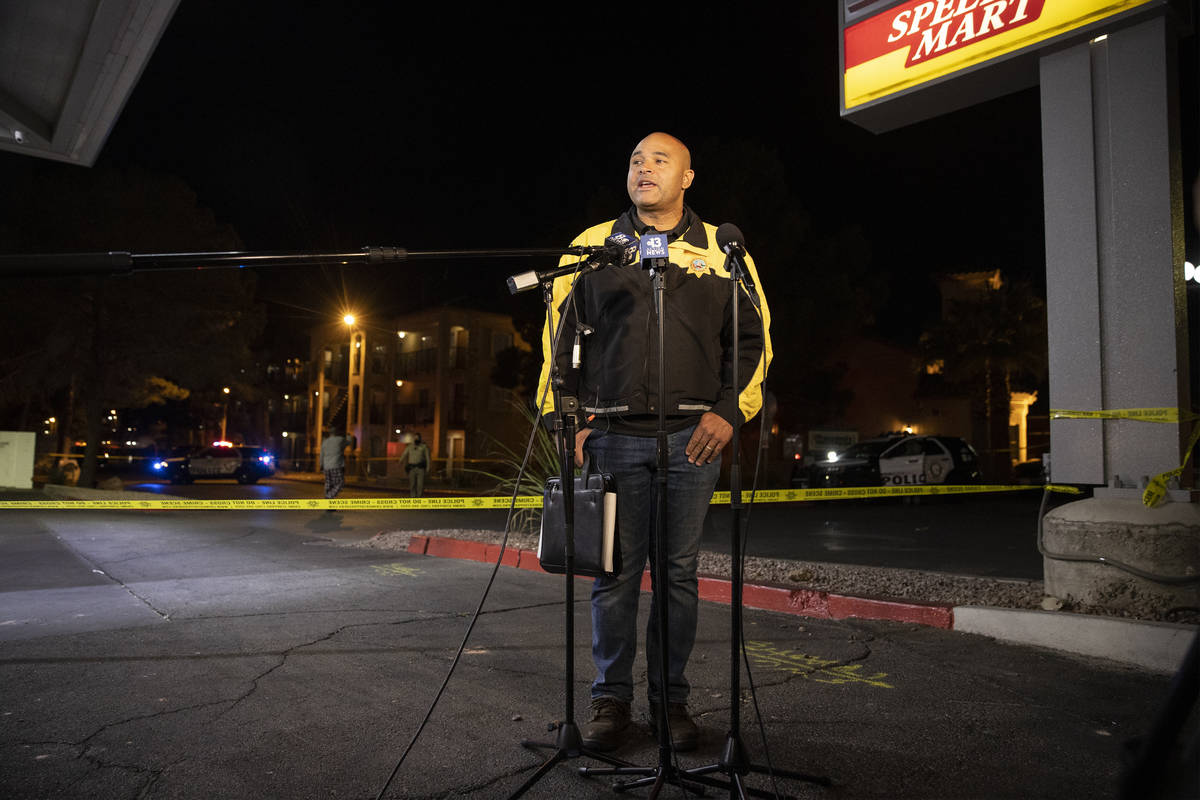 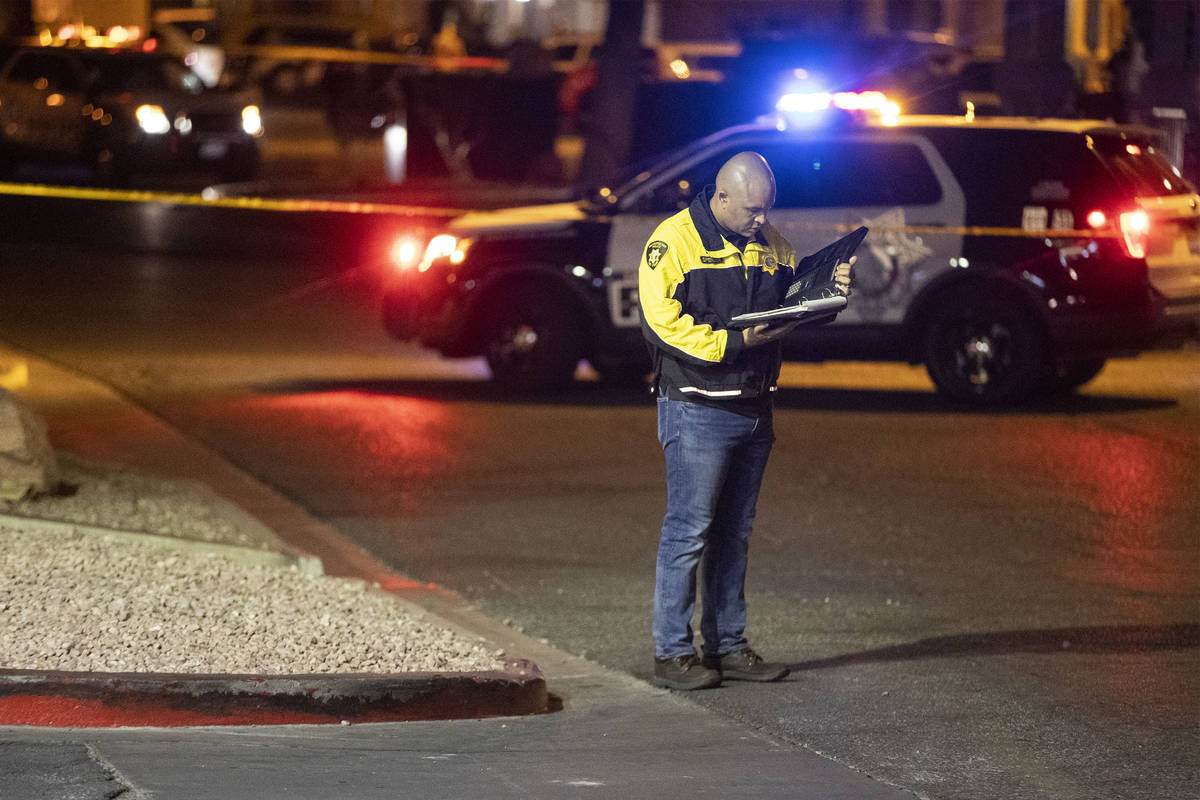 Metropolitan Police Department homicide Lt. Ray Spencer gets ready to give a press briefing on a homicide investigation at the 3600 Block of Paradise Road in Las Vegas, on Saturday, March 6, 2021. (Erik Verduzco / Las Vegas Review-Journal) @Erik_Verduzco 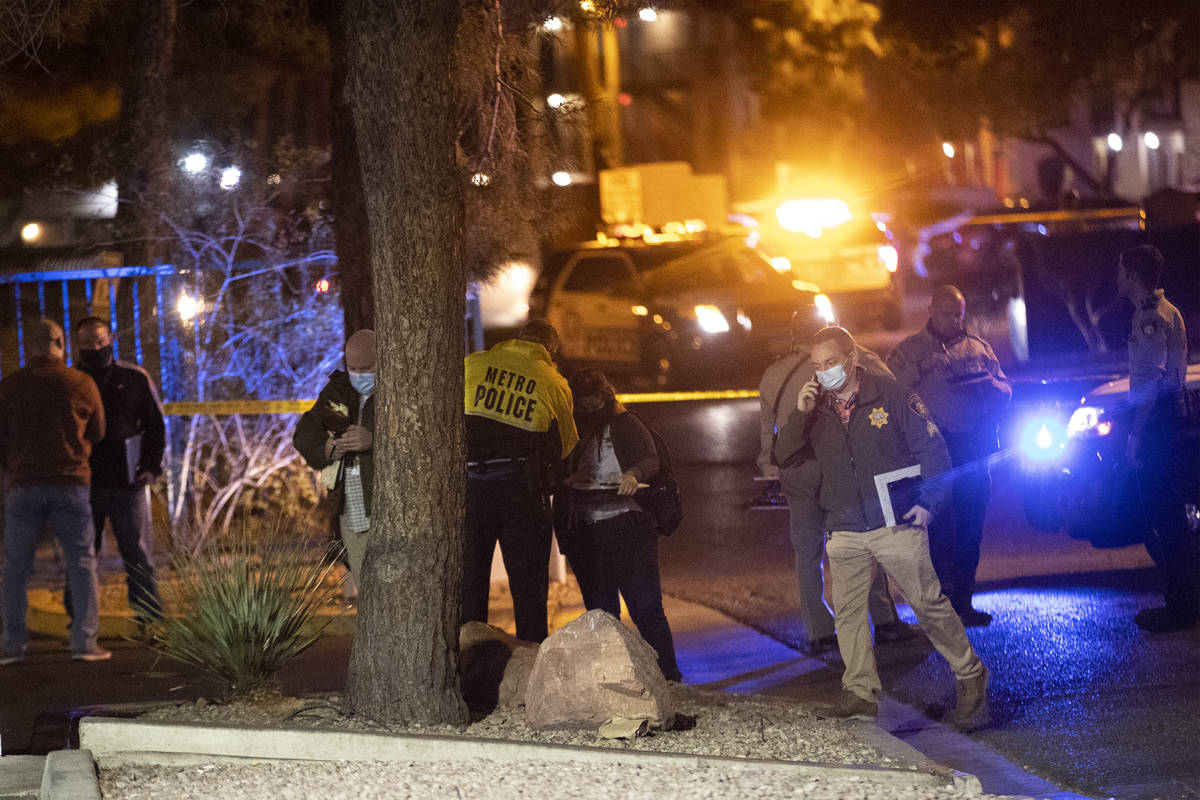 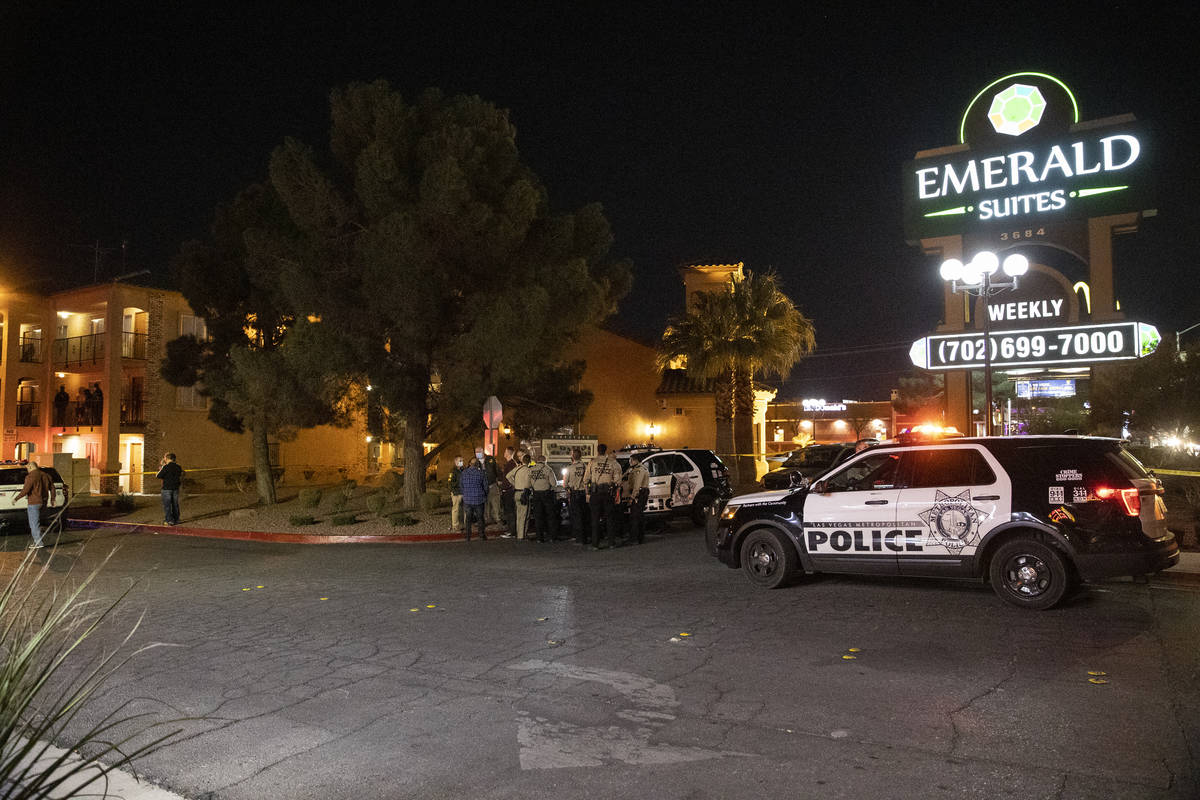 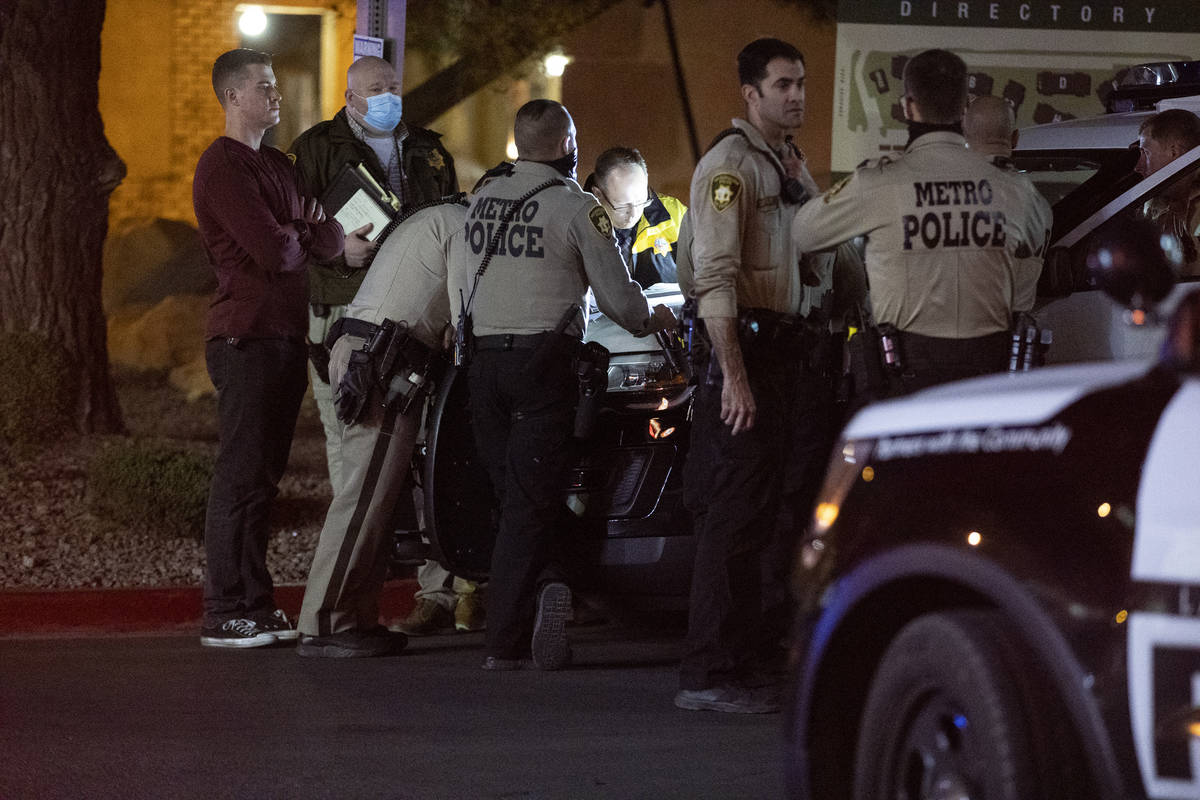 A man was fatally shot in a car Saturday night at an apartment complex east of the Strip.

Officers were waved down just after 6 p.m. at the Emerald Suites, 3684 Paradise Road, after a person told police their friend had been shot inside a car in the parking lot of the apartment complex, according to Metropolitan Police Department Lt. Ray Spencer.

The man who was shot was taken to Sunrise Hospital and Medical Center where he died, Spencer said.

Investigators believe the caller and the man who was shot drove to the complex together to meet another man. It’s unclear if any of the people involved lived in the complex.

Police suspect a man in his 20s who ran from the scene to have been the shooter, Spencer said.

Spencer said officers still don’t know how the man who was shot knew the shooter.