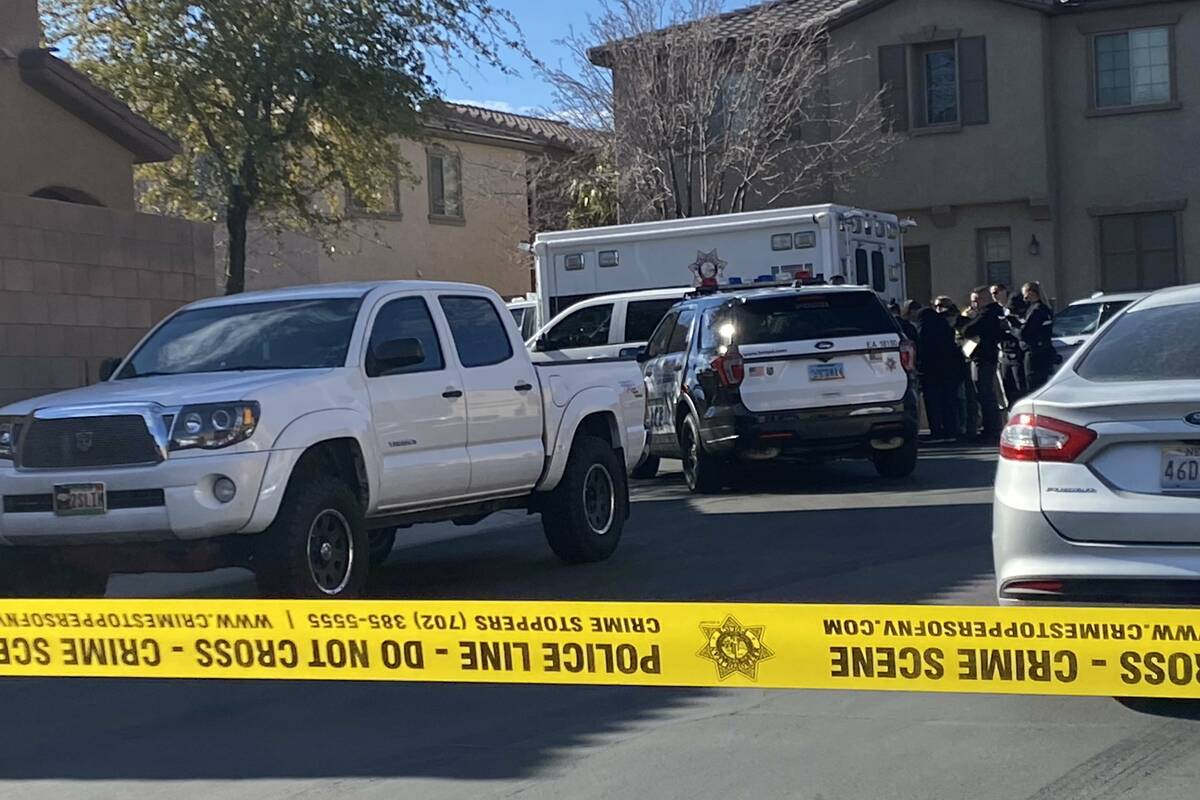 A large police presence gathered on the 9000 block of Castledowns Street on Monday, Jan. 17. (Glenn Puit/Review-Journal)

Metropolitan Police Department Lt. David Valenta said at an early afternoon briefing that the man was found in the doorway of a home on the 9000 block of Castledowns Street suffering from a gunshot wound. He died at the scene near West Pebble Road and South Durango Drive.

Valenta said police were still working to discern the circumstances of the shooting, which was initially reported as an assault with a gun at 10:14 a.m. Police did not have a description of the assailant.

“We are still talking to family who were at the residence, talking to neighbors,” Valenta said. Investigators were “doing additional canvass, looking for video and witnesses in the area.”