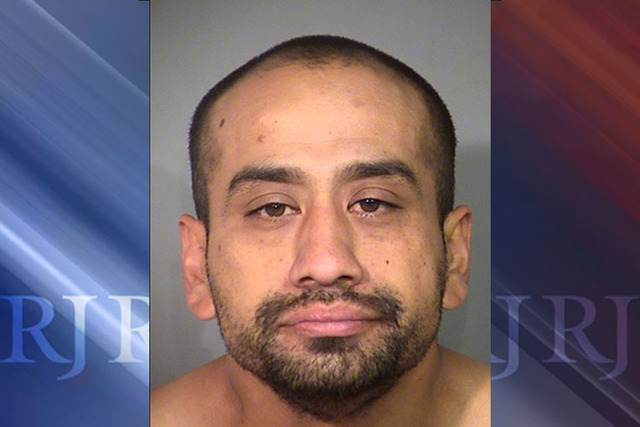 The man shot and killed in the southern valley Saturday night has been identified by the Clark County coroner’s office Monday and a man has been arrested in connection with the case.

Kevin Michael Hockar, a 54-year-old Las Vegan, was shot multiple times in the driveway of a home in the 1000 block of Aspen Valley Avenue, near the intersection of East Serene Avenue and Pollock Drive, police said. The coroner’s office ruled his death a homicide.

Just after 7 p.m. Saturday, officers responding to reports of gunfire found Hockar lying in the street, suffering from apparent gunshot wounds, police said. He was taken to Sunrise Hospital and Medical Center, where he was pronounced dead.

Metro homicide investigators said Hockar and a man were “in a verbal confrontation in the street.” The man then pushed Hockar to the ground and shot him “several times with an assault-style rifle,” Metro said.

No arrests have been made in the case, police said. Metro described a possible suspect as a Hispanic man who “fled the area in a newer maroon-colored sedan.”

On Monday, detectives identified 33-year-old Rene Alfaro as a suspect in this homicide.

Alfaro was found at a residence in the 6300 block of Eldora Avenue, where he was taken into custody without incident, police said. Alfaro was taken to the Clark County Detention Center, where he faces one count of open murder with use of a deadly weapon.