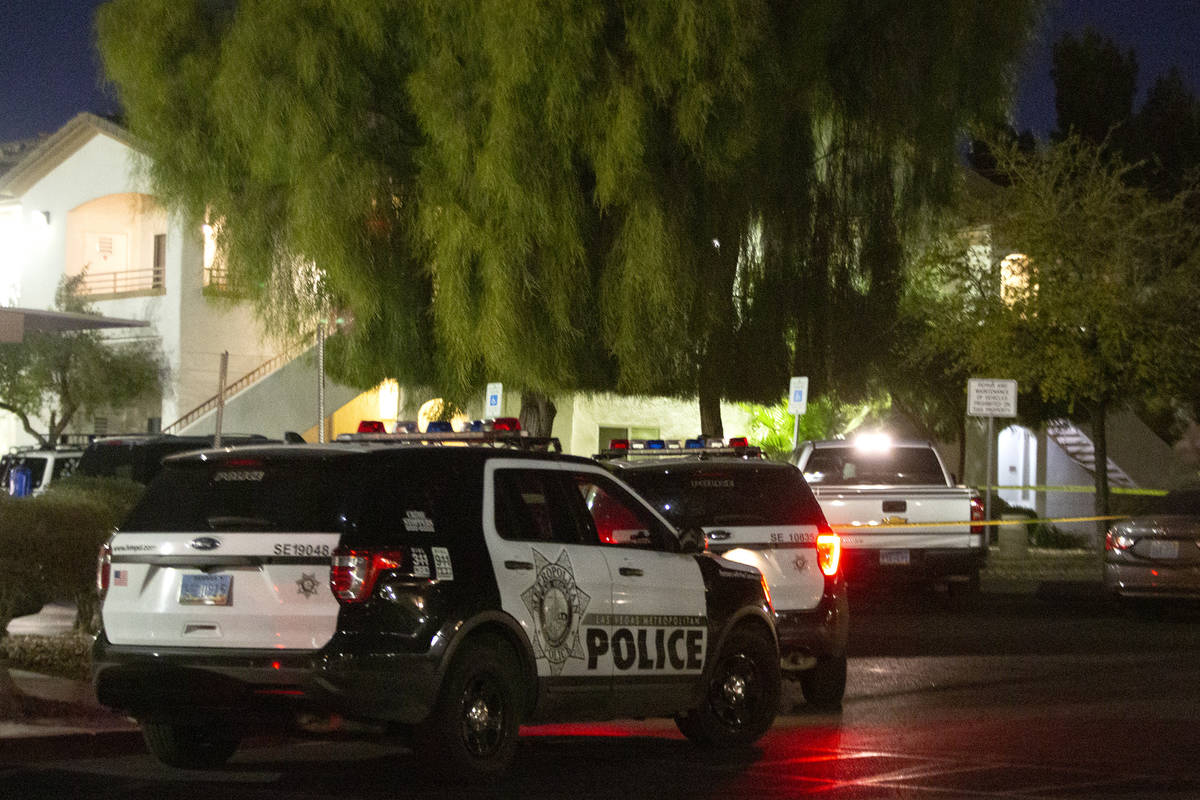 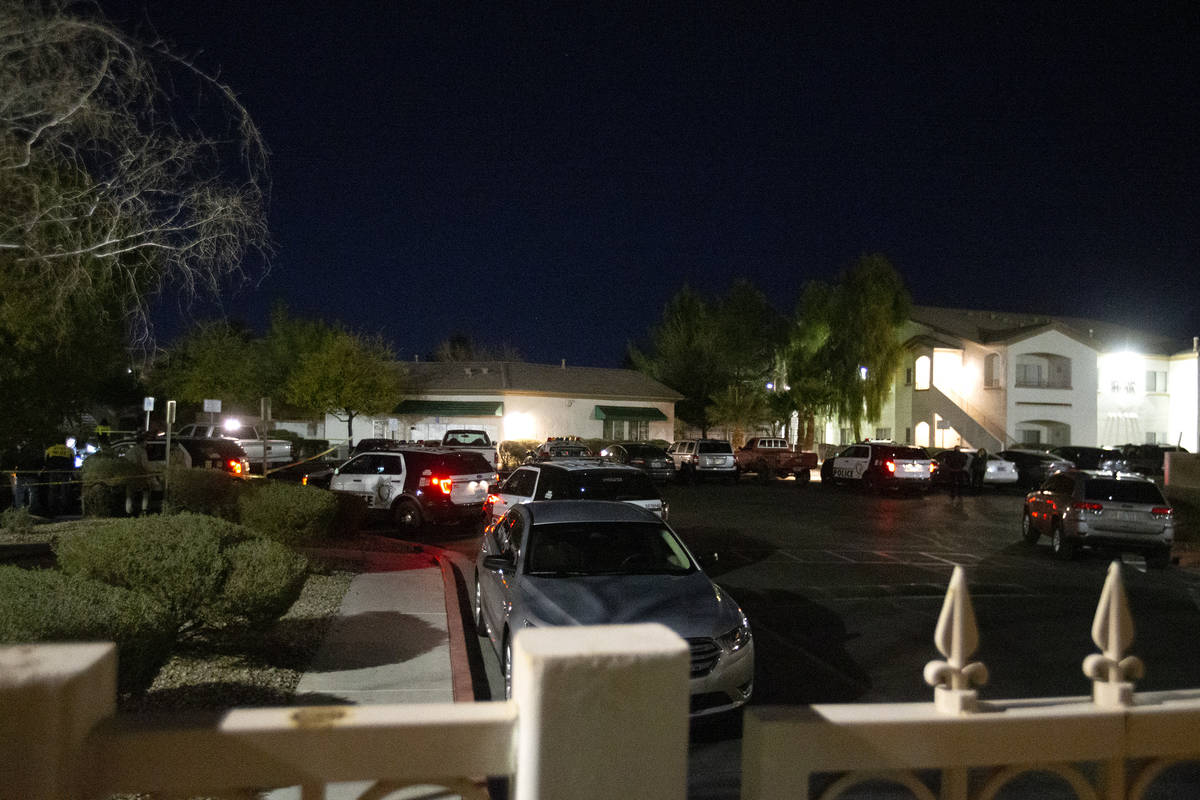 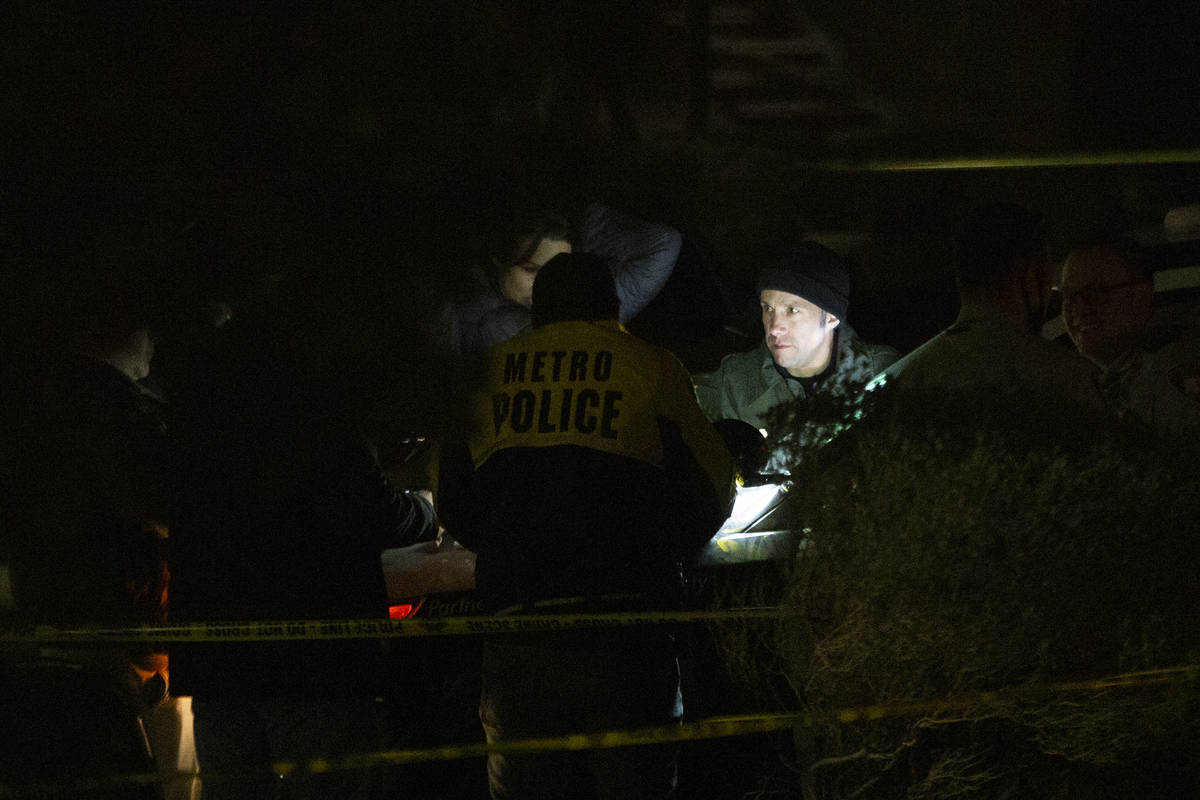 Las Vegas police said a woman in her 60s was beaten to death late Wednesday by her downstairs neighbor.

Officers were called around 8 p.m. to the Terrasanta Condominiums, located at 5650 E. Sahara Ave. near South Sloan Lane, after a neighbor heard a woman screaming, then found her suffering from multiple injuries inside her apartment, Metropolitan Police Department homicide Lt. Ray Spencer said near the scene.

The woman was pronounced dead shortly after, Spencer said.

Investigators believe her downstairs neighbor, a 32-year-old man, was in a fight with his live-in girlfriend when he went upstairs and for unknown reasons is suspected to have beaten the woman, Spencer said.

“During the domestic disturbance, he became upset, left the apartment, went upstairs and appears to have gotten into a neighbor’s house unprovoked and physically killed her,” Spencer said. “We’re still trying to figure out how she died. We know there was a violent confrontation inside the apartment.”

Spencer said a neighbor told police she heard the woman screaming, “Why are you here? Why are you inside my apartment?” during the fight that led to her death.

Just before midnight, officers were searching for any neighbors with video footage and interviewing the woman who lived downstairs. She and her children were unharmed, Spencer said.

The man had not been arrested as of late Wednesday.