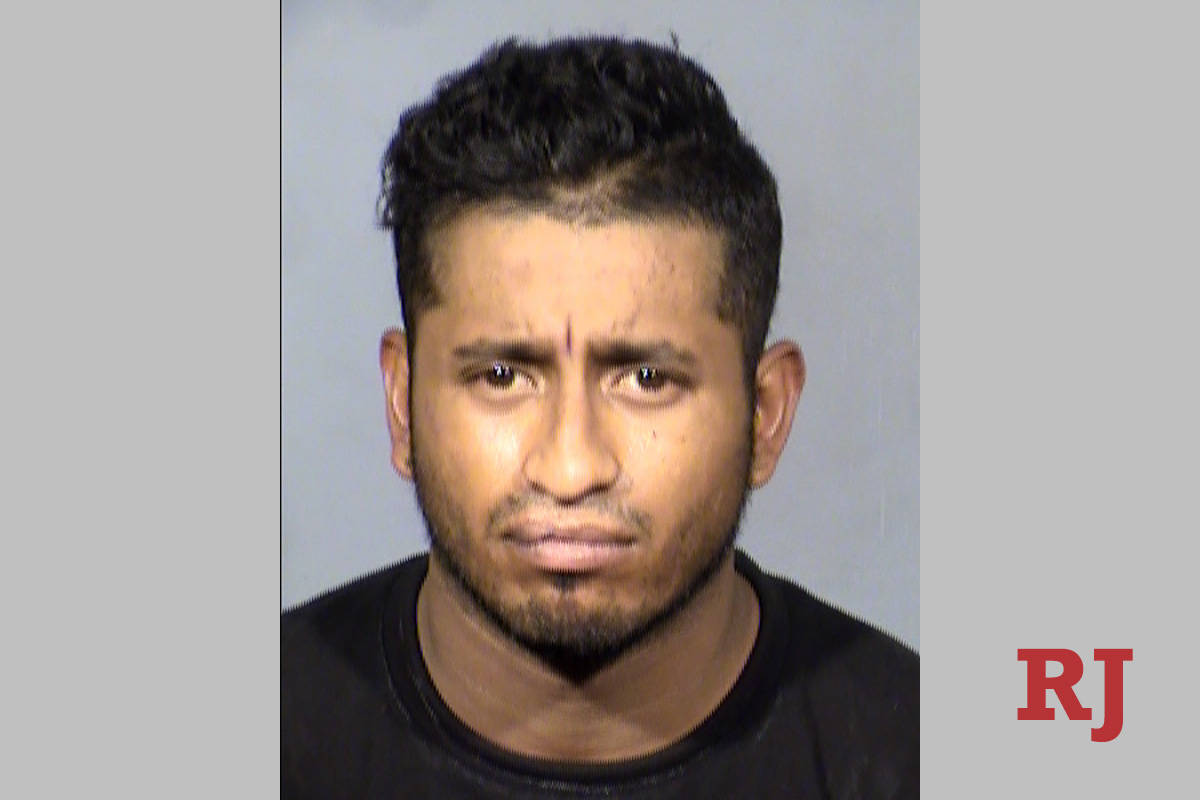 Juan RojasMiranda is charged with murder with a deadly weapon in the May 26 killing of Salomon Velazquez-Garcia, 28. Las Vegas police said Velazquez-Garcia was shot about 7 a.m. on the 600 block of North 11th Street, near Bonanza Road and Maryland Parkway, near a 7-Eleven at the intersection.

Las Vegas police said in an arrest report for RojasMiranda that they secured surveillance video from the neighborhood that showed a black Nissan Pathfinder trailing Velazquez-Garcia on the morning of the killing. The vehicle pulled up to Valezquez-Garcia, who was apparently exchanging words with someone in the vehicle, police said. The vehicle then sped off while Valezquez-Garcia ran to the store front where he collapsed and died.

Two days later, police said, patrol officers in northeast Las Vegas noticed the same black Nissan Pathfinder in the 2900 block of Sunrise Avenue. A traffic stop of the stolen vehicle found three people inside, including RojasMiranda, police said. A woman also in the SUV told police that Velazquez-Garcia was her her former boyfriend and that RojasMiranda “had a crush on her,” police said. The woman told detectives RojasMiranda acknowledged to her that he fired gunshots at Velazquez-Garcia during a confrontation two days earlier.

“RojasMiranda admitted to (her) that he followed Velazquez-Garcia, ‘scared’ him and ‘let a few rounds go,’” police quoted the witness as saying.

A murder charge was filed against RojasMiranda in Las Vegas Justice Court on June 2. On the same day the defendant was charged with multiple felonies including theft, possession of drugs and conspiracy in a separate case.