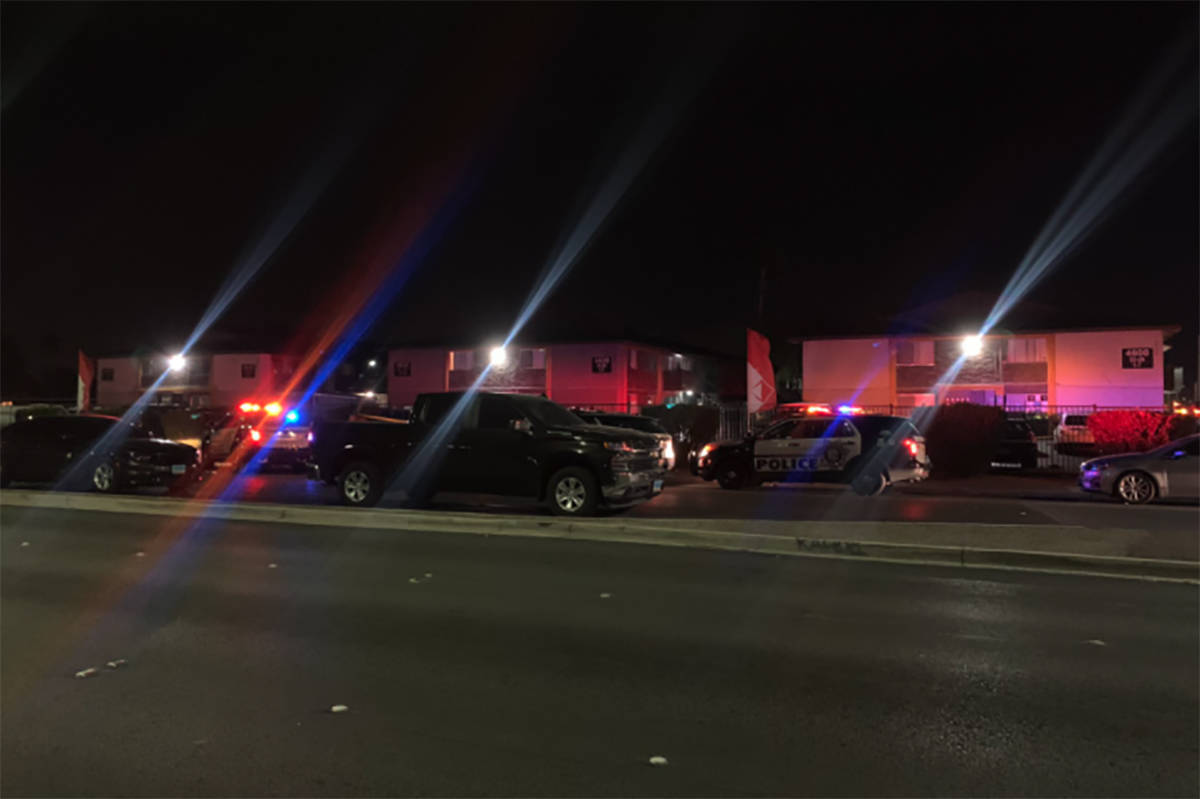 An 18-year-old woman is dead after someone opened fire from the backseat of a crowded vehicle in an east Las Vegas apartment complex, police said late Monday.

It’s unclear if the shooting was accidental or intentional, Spencer said.

“Right now we don’t know what led up to the shooting,” he said, adding that detectives are looking into both possibilities.

There were six people in the vehicle at the time of the shooting, Spencer said — a mix of teens and young adults listening to music. The young woman who was shot was taken to University Medical Center’s trauma unit, where she was pronounced dead.

Detectives have spoken with two of the people who were in the vehicle, but three others fled the scene: a young woman and two young men, Spencer said.

Anyone with information about the shooting may call Metro’s homicide section at 702-828-3521 or email detectives at homicide@lvmpd.com. Anonymous tips can be left with Crime Stoppers at 702-385-5555.