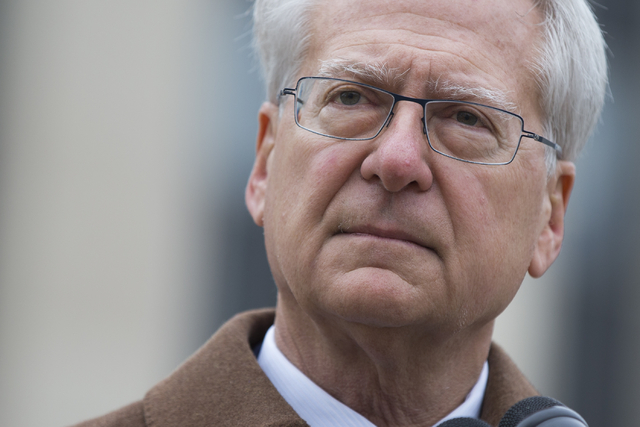 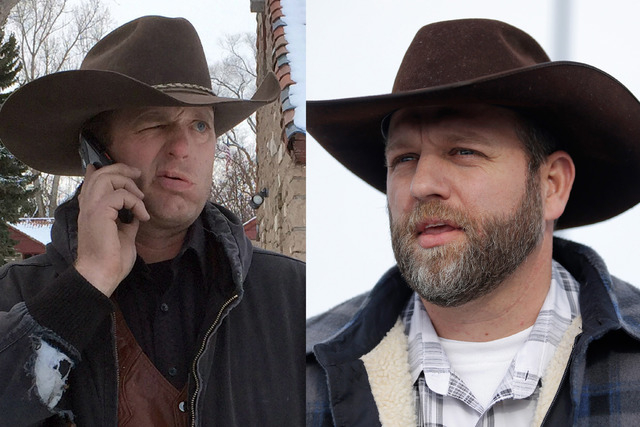 This is a combo of file photos showing the Bundy family from left to right, Ryan Bundy and Ammon Bundy. (AP Photos/File) 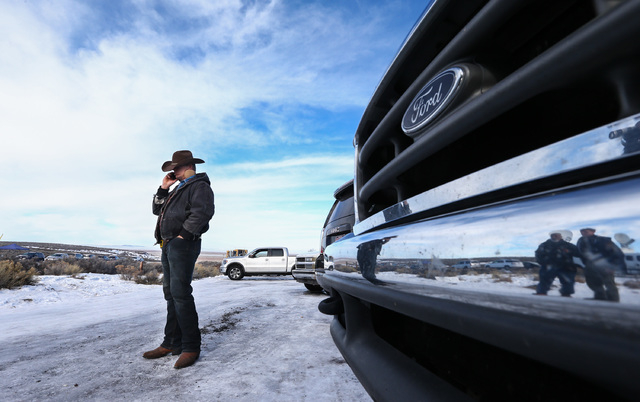 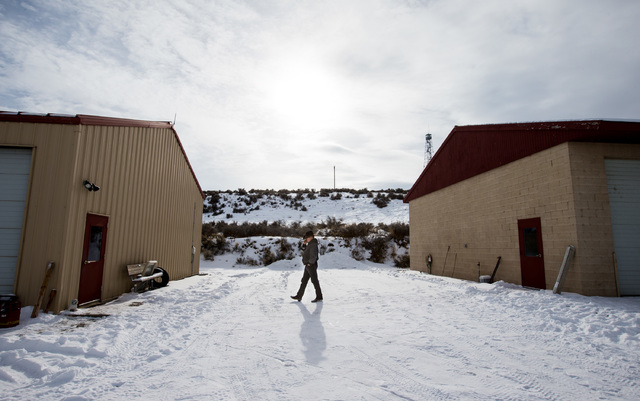 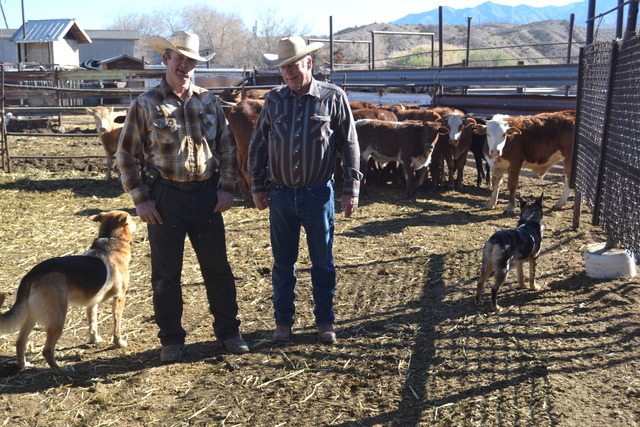 Lillian Browne / Pahrump Valley Times - Clark County rancher, Cliven Bundy, right, and his son Ryan, finish a gather of cross-bred young-stock cattle from public lands adjacent to the family’s 100-plus acre farm in Bunkerville on Wednesday. The Bundys have the ear of Nye County commissioners in drafting an anti-BLM resolution. 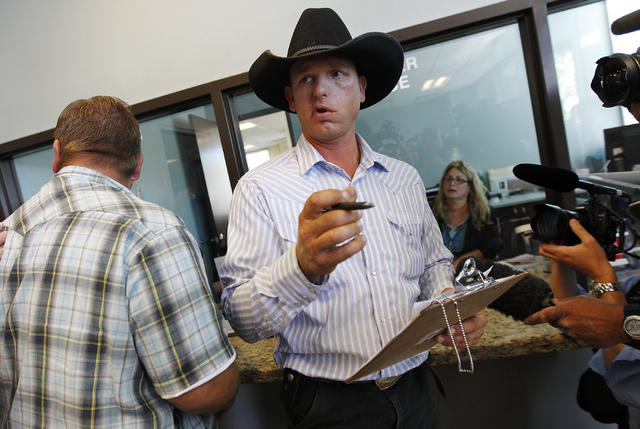 In a two-page order, Gloria Navarro said she will not allow Klayman into the high-profile criminal case until he can give her proof that “ethical disciplinary proceedings” against him in Washington, D.C., have been resolved in his favor.

He filed a petition to enter the Bundy case last month, but Navarro denied his request, questioning his candidness with her about the outcome of the disciplinary proceedings.

Last month, Navarro said she would reconsider letting Klayman into the case if he provided her with the proper documentation of the case’s resolution.

Klayman later filed more documents but admitted the matter has not been resolved, Navarro said in her order Tuesday.

“The judge’s ruling will be legally challenged on an expedited basis,” he said. “It violates Cliven Bundy’s Sixth Amendment constitutional right to counsel and forces Cliven to forfeit his right to a speedy trial.

“The ruling demonstrates that the judge has an extra-judicial bias and prejudice against Cliven Bundy and his counsel, for which disqualification is required. The judge was recommended by (U.S. Sen.) Harry Reid and appointed by President Barack Obama, and the order wears her political allegiance on her sleeve.”

Last month, Klayman told the Las Vegas Review-Journal that the Bundy family had asked for his legal help.

Bundy, 69, who is in federal custody, is facing criminal charges stemming from the April 12, 2014, armed standoff with law enforcement near his ranch in Bunkerville. He is represented by Las Vegas attorney Joel Hansen, who is active in the ultraconservative Independent American Party of Nevada.

In another development Tuesday, U.S. Magistrate Judge Peggy Leen allowed one of Bundy’s sons, Ryan Bundy, to represent himself in the case with a standby attorney.

After explaining that the stakes were high — the younger Bundy essentially faces life in prison if convicted of all 16 charges against him — Leen asked, “Are you sure you want to do this, Mr. Bundy?”

“Yes I do,” Ryan Bundy replied.

Ryan Bundy, 43, also is representing himself in his Oregon case. He is among those charged in the armed takeover of a government wildlife refuge in Eastern Oregon earlier this year.