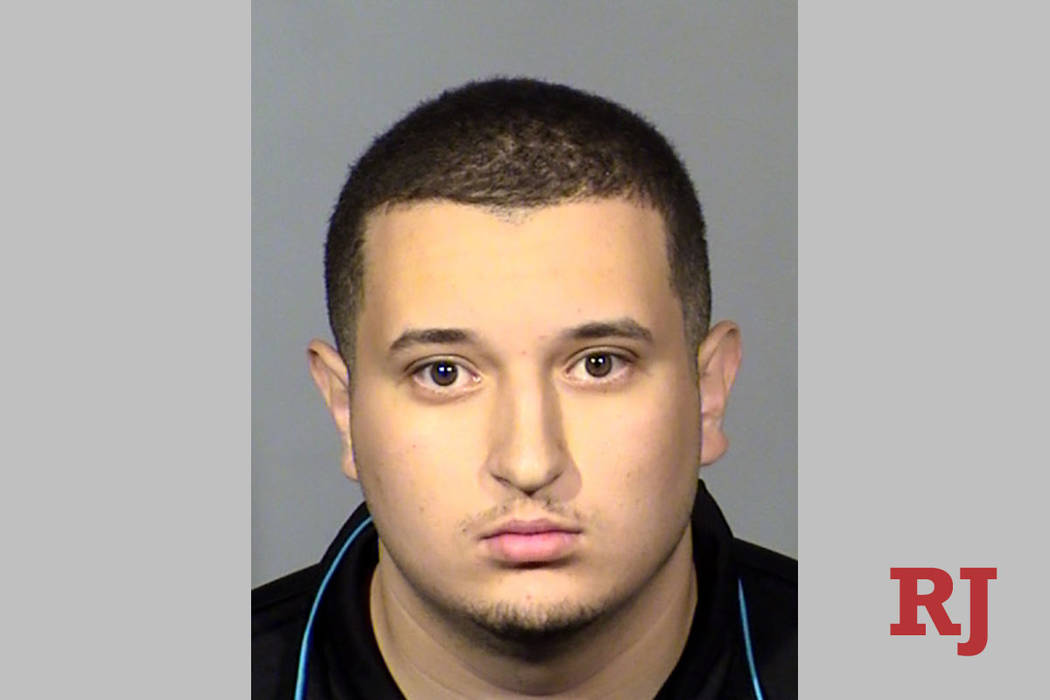 A 20-year-old man is accused of driving over his estranged girlfriend and critically injuring her after she attended the Electric Daisy Carnival against his wishes.

Ryan Mansour, who is jailed on an attempted murder charge, told police that he left work at the Red Rock Resort movie theater early Tuesday morning after he found pictures of his girlfriend at the festival on Instagram.

He headed straight to her home in the northwest valley “to get back all the things he ever gave her,” because she “did not deserve the cards or bears he gave her in the past,” according to Mansour’s arrest report, obtained Friday by the Las Vegas Review-Journal.

The woman’s name and age were redacted from the report.

Mansour tossed flowers he had purchased a day earlier out the window of his black 2018 Hyundai Elantra as the two quarreled. He told police the woman stomped on the flowers, and he started to drive away before she stopped him so they could talk inside his car.

The quarrel escalated, and he admitted to squeezing her arm inside the car. After she stepped out, he initially said he “lost sight of her” in a parking lot in the 6700 block of West Alexander Road, the report states.

Police said his statements about what happened next were inconsistent. He said he backed up, put the car in drive, without seeing her, and “almost immediately heard (the victim) say ‘stop, stop.’”

The victim was trapped under the car, her face near the exhaust, as Mansour and bystanders tried to free her.

“Ryan stated he did not run her over on purpose but admitted he was full of rage and made a dumb mistake due to his state of mind,” his arrest report states.

At a court hearing this week, defense attorney Gabe Grasso told Las Vegas Justice of the Peace Ann Zimmerman that Mansour tried to “jack the car up” immediately after he realized that his on-and-off girlfriend had been trapped.

“I can’t ignore how serious this case is,” the judge said, “and how serious her injuries are.”

The victim suffered a broken leg, broken arm, broken pelvis, lacerated liver and collapsed lung, along with burns to her face and body.

While under pain medication, the victim was reluctant to speak with police, but said she and Mansour had been in “a bad argument” and she was unsure whether he intentionally drove over her.