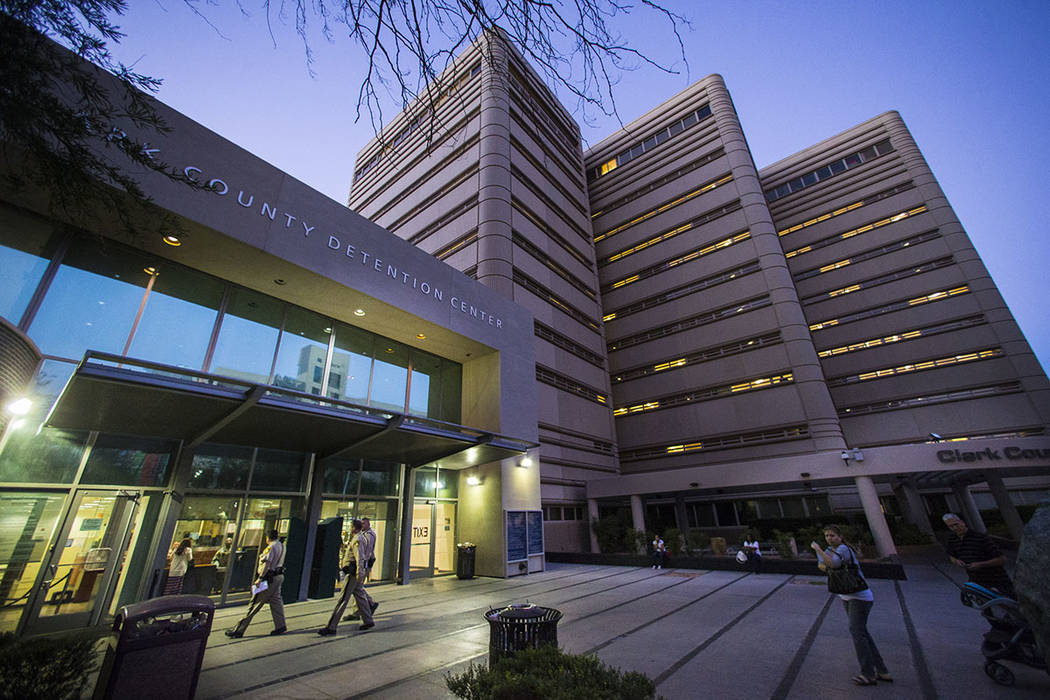 A 24-year-old man was arrested after a fatal crash Monday night in the eastern valley.

Police booked Luis Jimenez into Clark County Detention Center on a fatal DUI charge, according to jail records. His bail will be set in court.

The crash happened about 7:05 p.m. at the intersection of North Mount Hood Street and East Carey Avenue, the Metropolitan Police Department said.

A 1998 Honda Accord heading west on Carey Avenue ran a stop sign at Mount Hood, Metro said in a statement. A 2014 Ford Mustang was heading south on Mount Hood. The sedan hit the Mustang’s left side in the intersection, police said.

The Ford’s 80-year-old driver died at the scene from blunt-force trauma, the Clark County coroner said. The coroner’s office identified him as Joseph Wolford Sr. of Las Vegas and determined the death was an accident.

The Honda’s driver, whom police later identified as Jimenez, was hospitalized at University Medical Center with minor injuries. Jimenez was also jailed on charges of possessing a controlled substance and having an open container of alcohol in a vehicle.