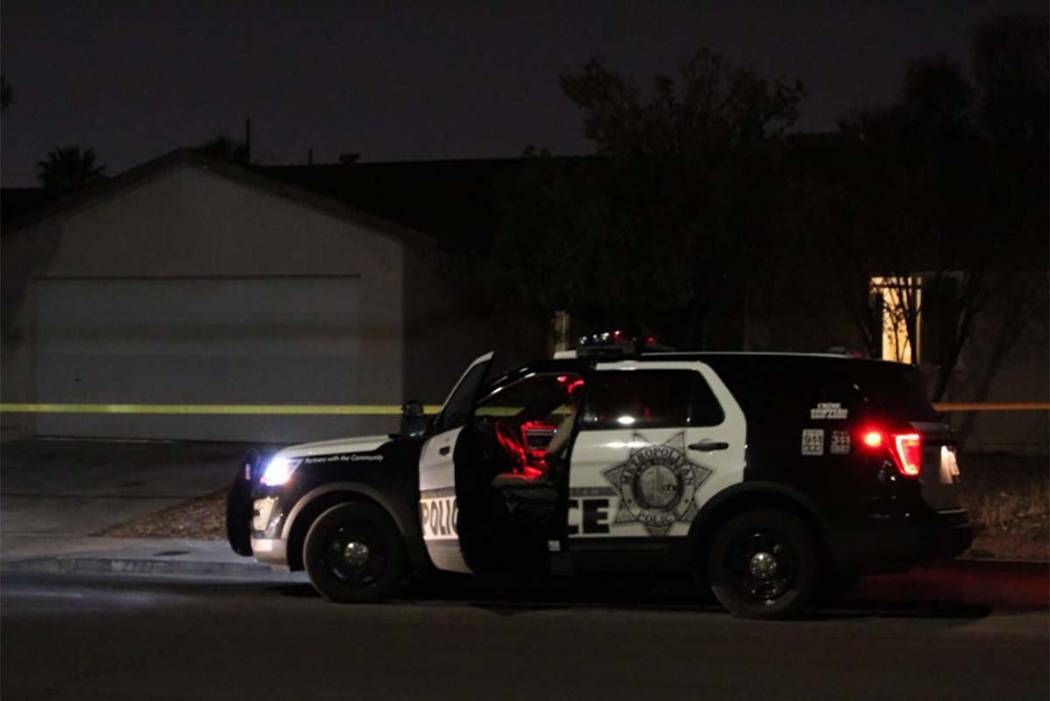 Las Vegas police are investigating Wednesday morning after a man shot at a burglar standing in the bedroom in his east Las Vegas home.

Police were called about 3:30 a.m. to a home at 2727 San Vincente St., near Pecos Road and Carey Avenue, according to Metropolitan Police Department Lt. David Gordon.

The man was home alone when he woke up to a noise and saw another man in his bedroom, Gordon said. He grabbed a handgun and fired three shots at the other man, who ran away.

Gordon said police didn’t find any evidence inside the home that indicated the would-be burglar had been shot, but are still searching for him.