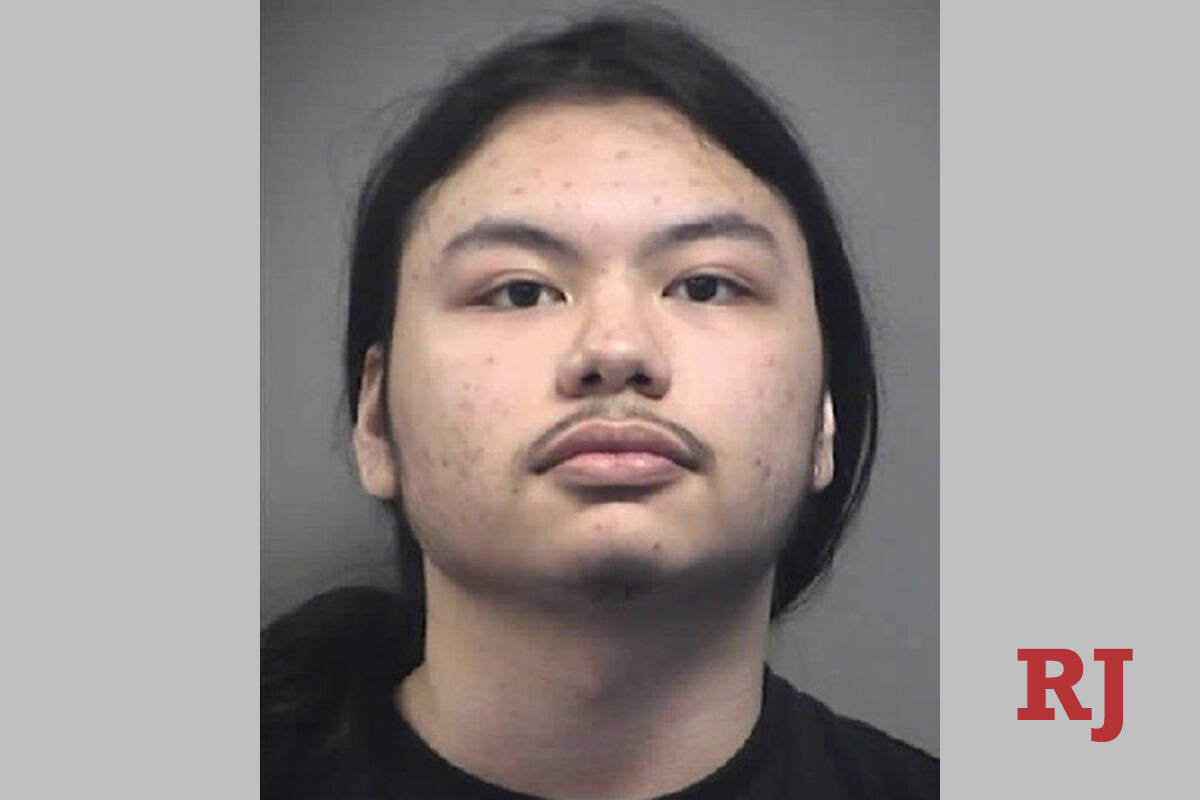 An 18-year-old man arrested in a deadly North Las Vegas crash was driving nearly twice the posted speed limit at the time, according to a police report released Wednesday.

Brandon Iglesias, of North Las Vegas, has been arrested on suspicion of reckless driving causing death in the Monday afternoon crash at the intersection of West Deer Springs Way and Gliding Eagle Street. The crash killed a woman identified by the Clark County coroner’s office as Brooklynn Fellure, 22.

In a heavily redacted arrest report, North Las Vegas police said Iglesias was driving a sedan west on Deer Springs when it collided with a sedan traveling north on Gliding Eagle. The vehicle on Gliding Eagle was driven by a woman in her 20s who was seriously injured. The passenger in her car, Fellure, died at University Medical Center.

“Roadway evidence at the scene revealed (Iglesias’ vehicle) was traveling about 63 MPH in a posted 35 MPH speed zone,” police said in the report.

There are stop signs on Gliding Eagle near the collision site, and police said that Iglesias normally would have had the right of way, but that he gave up his right of way because of the alleged speed of his vehicle.

“Due to the fact (Iglesias’ vehicle) was traveling at a speed in which a reasonable driver is not expecting someone to be traveling in a residential area, Brandon was found at fault for the collision and placed under arrest,” police said.

A $50,000 bond was set for Iglesias in North Las Vegas Justice Court Wednesday, and online court records indicate he had successfully posted bail. But he was still in custody at the North Las Vegas Detention Center as of Wednesday afternoon. Police said blood tests on Iglesias were pending.