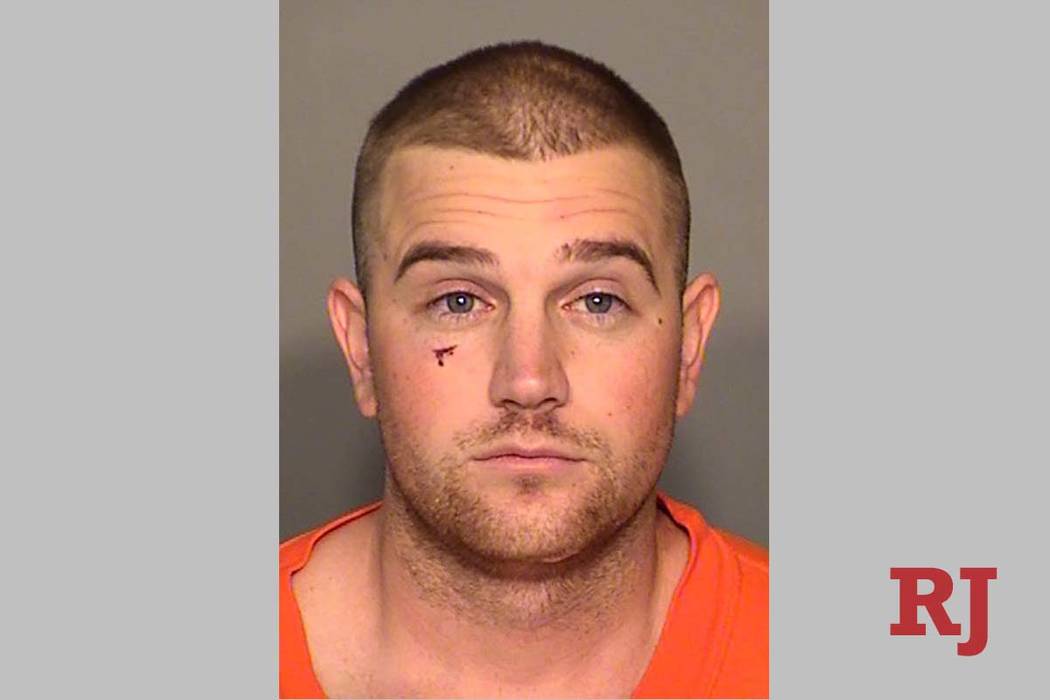 The Nevada Highway Patrol released dashcam and body-worn camera footage from a crash over the weekend that injured a trooper in the northwest Las Vegas Valley.

The trooper, Adam Whitmarsh, suffered minor injuries Saturday morning when a Honda CRV driven by a suspected impaired driver hit the back of his patrol car while he was out on a traffic stop.

Whitmarsh had pulled over a man driving a black Mercedes for speeding on U.S. Highway 95, north of Ann Road. About 7:45 a.m., Whitmarsh leaned into the driver’s window to give the man a ticket and told the driver, “You’re good to go. Drive safely.”

As he walked back to his patrol car along the highway shoulder, Whitmarsh stopped, appeared to see the car coming and jumped back toward the Mercedes. A white Honda CRV hit the back of the patrol car, causing it to hit the Mercedes, while the CRV careened toward the shoulder wall and came to a stop several feet ahead.

Debris flew upon impact, and Whitmarsh indicated on his body-worn camera footage that he was hit by some of the debris.

“I saw no brakes, and I was like, ‘Oh my gosh,’” Whitmarsh later recounted in the video.

Whitmarsh, who has been praised for his rescue efforts during the Route 91 Harvest festival shooting in October 2017, is expected to make a “full recovery,” a news release said.

The 23-year-old CRV driver, Benjamin Perri, was jailed on charges of DUI, failing to use a seat belt, failing to use due care, reckless driving, failing to yield to an emergency vehicle and possession of a firearm while intoxicated.