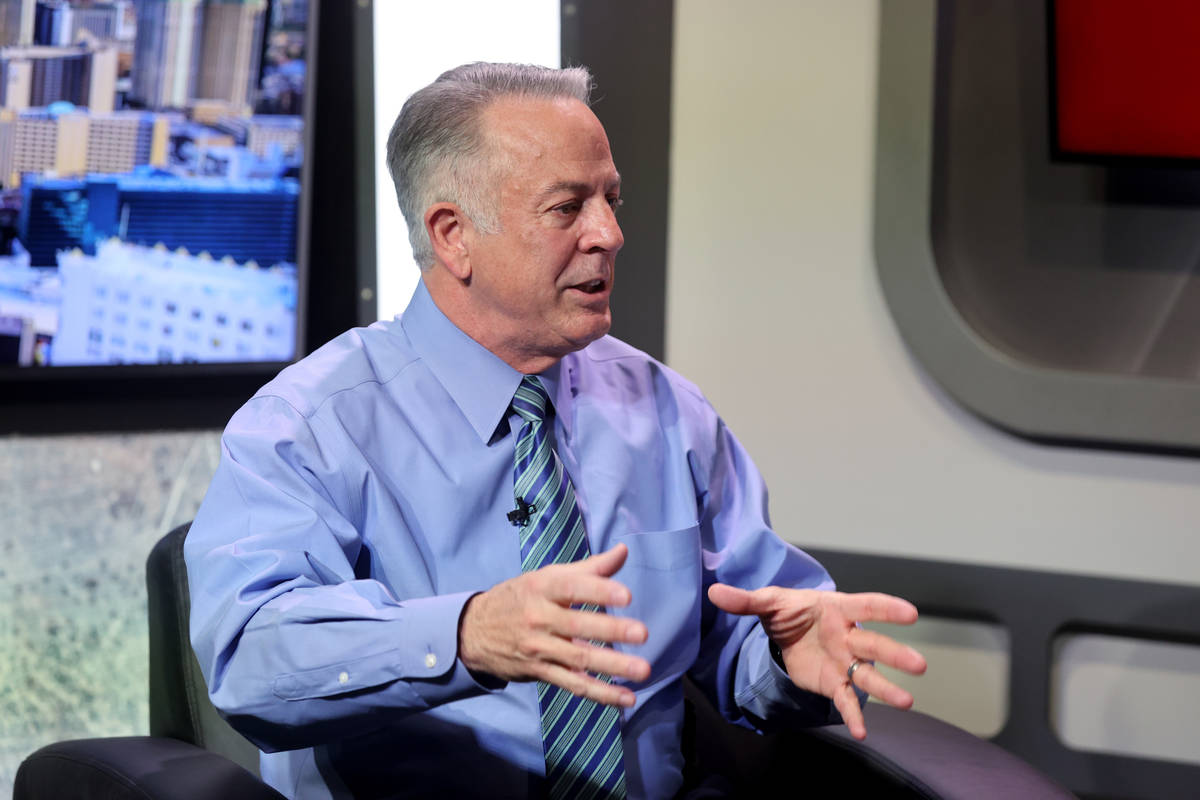 An FBI mandate that took effect in January overhauled the way police agencies across the country report crime data, and local police are expecting it will project a rise in crime.

Henderson, North Las Vegas and Las Vegas police are among the more than 8,500 departments ditching the old reporting system, which limited police departments to reporting only the most severe crime from each event, regardless of how many crimes were committed during one event or how many people were involved.

“So it gives you a better indication of what’s reality,” Lombardo said.

As of March, Nevada is one of 20 states abiding by the FBI mandate that police departments make the transition from the old Summary Reporting System to the newer National Incident-Based Reporting System, or NIBRS, by the Jan. 1 deadline.

Each agency sends monthly data to the Nevada Department of Public Safety, which delivers the data to the FBI.

William Sousa, director of the Center for Crime and Justice Policy at UNLV, said the new system allows local departments to report up to 10 offenses related to one event.

It also requires that agencies report information about victims and perpetrators, as well as any relationship between the two parties and any weapons used, Sousa said. He said the old method was only summary data.

“The idea of NIBRS has been around for a long time,” Sousa said of the new system. “We were talking about it in the early ’90s. It gives a more complete or better-rounded picture of crime.”

The FBI announced in 2016 that beginning in January 2021, it would only accept NIBRS data, but Sousa warned that the transition to NIBRS nationwide will be long and tedious and require funding that may put a strain on smaller, rural police departments.

As of March, another 25 states are submitting data under both the new and old reporting systems, because some police departments in those states had not fully transitioned to NIBRS, according to FBI data.

Joan Smith, an Association of State Uniform Crime Reporting Programs representative for the FBI, warned residents not to compare year-to-year data in Nevada because of the new system.

“Bottom line: There are the same amount of incidents occurring, but under the old method of collection, not all the offenses and details were reportable,” Smith wrote in a message to the Review-Journal.

“The perception is crime is rising, but I think what’s important to our community members is it will give you a greater picture of what has occurred,” he said in the stream. “The crime that was reported didn’t really give you a clear depiction of what happened to a victim or person that day … We’re really providing an opportunity for our community to be better informed of what’s occurring.”