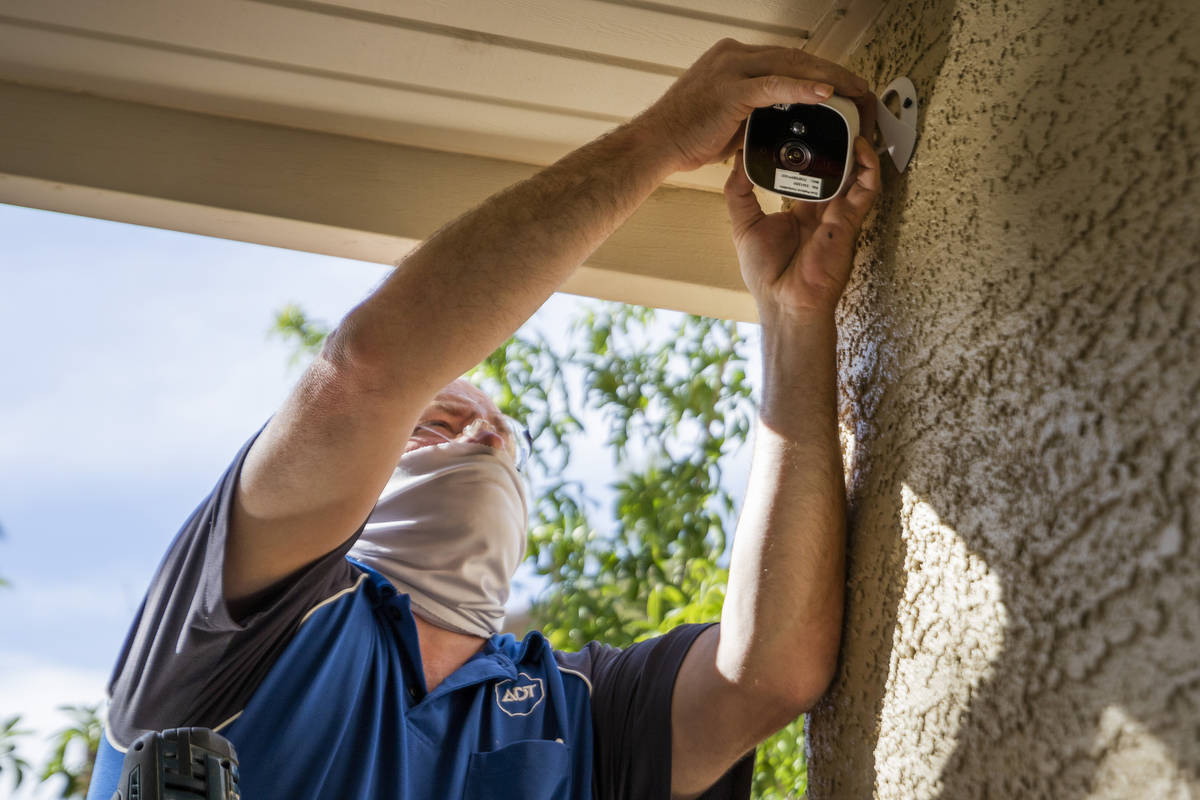 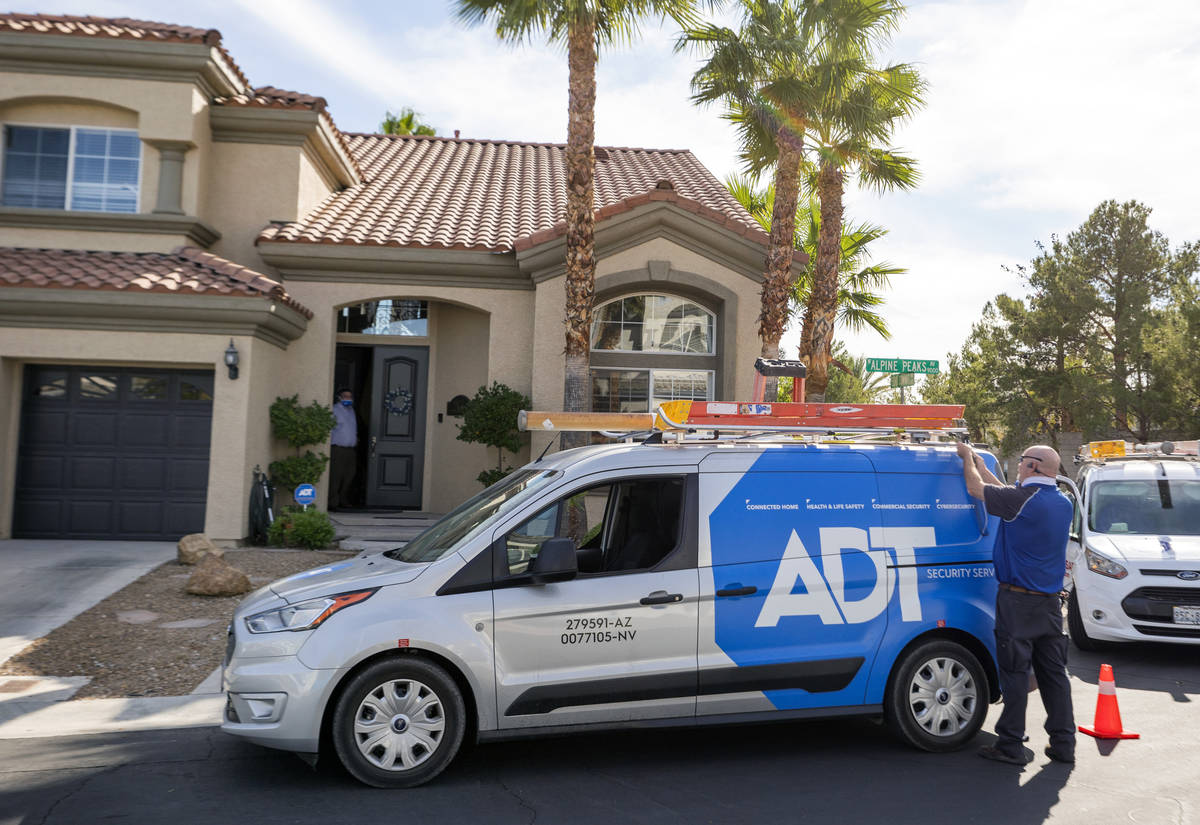 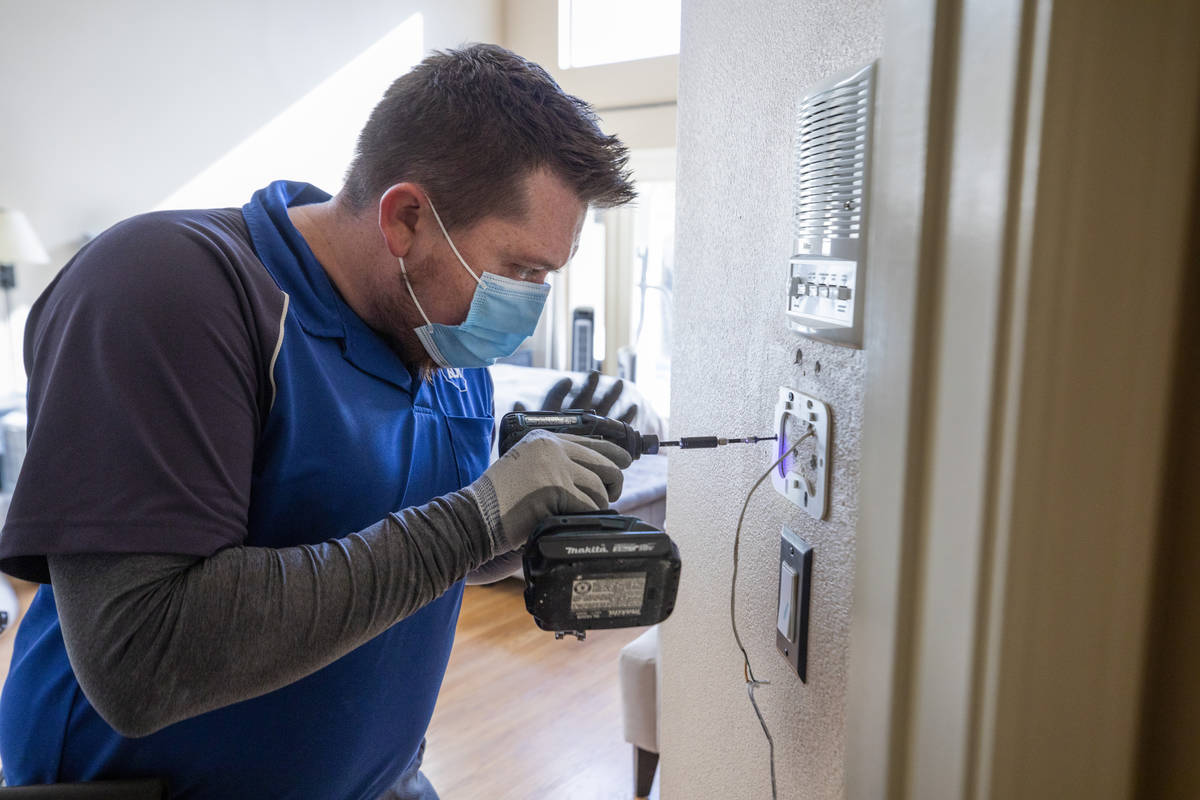 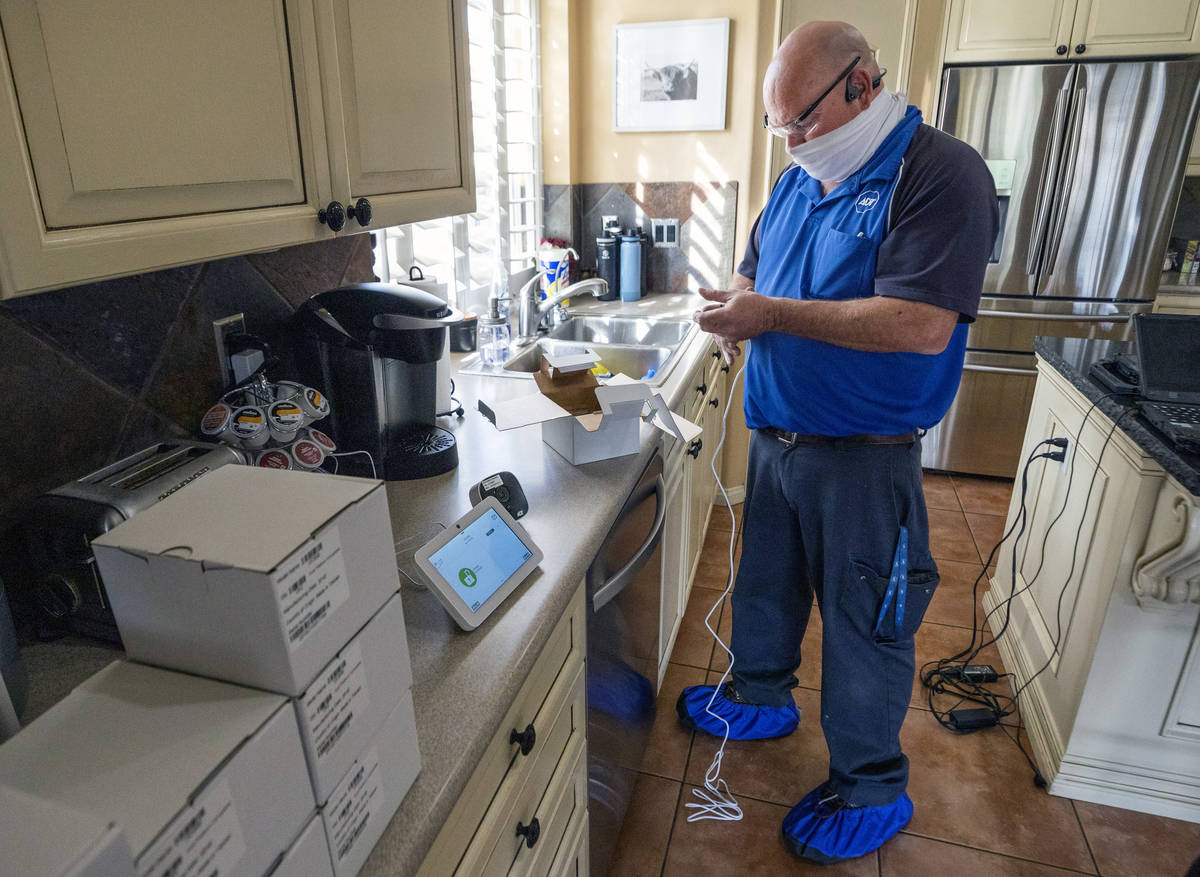 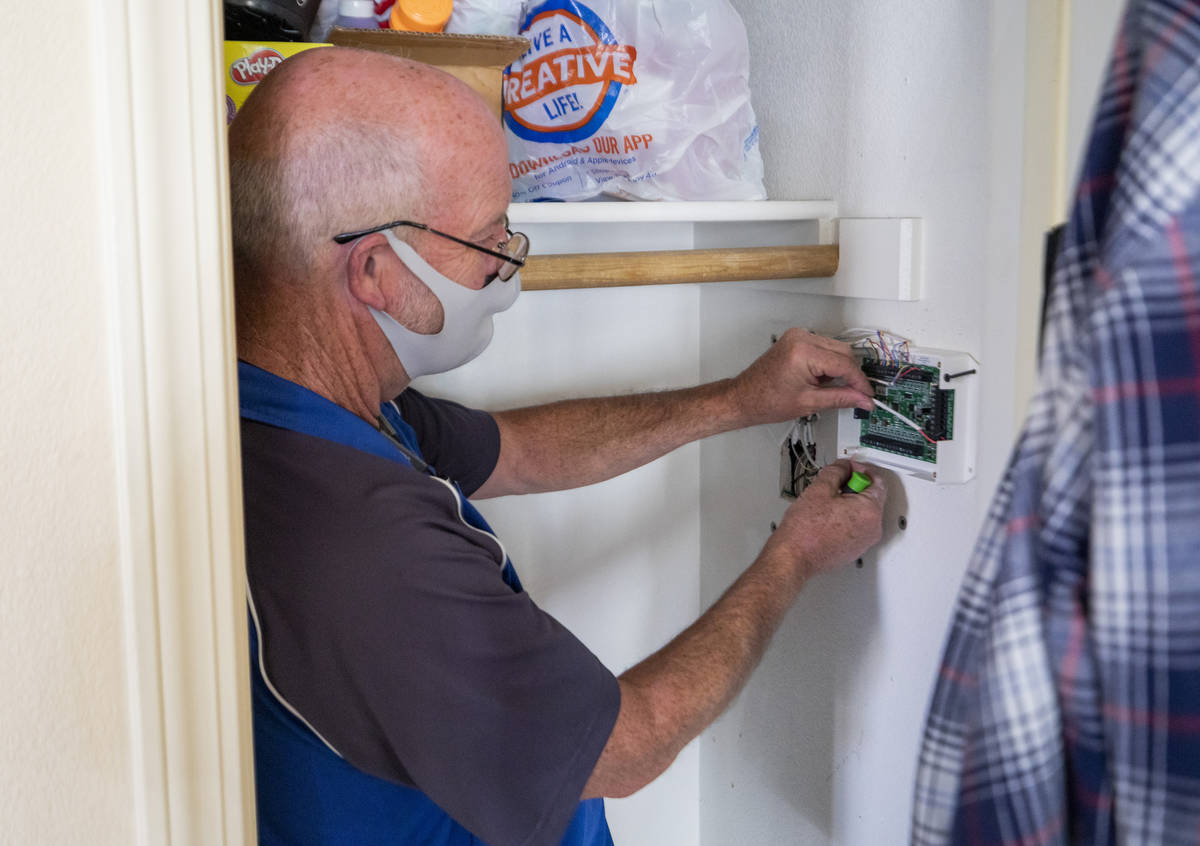 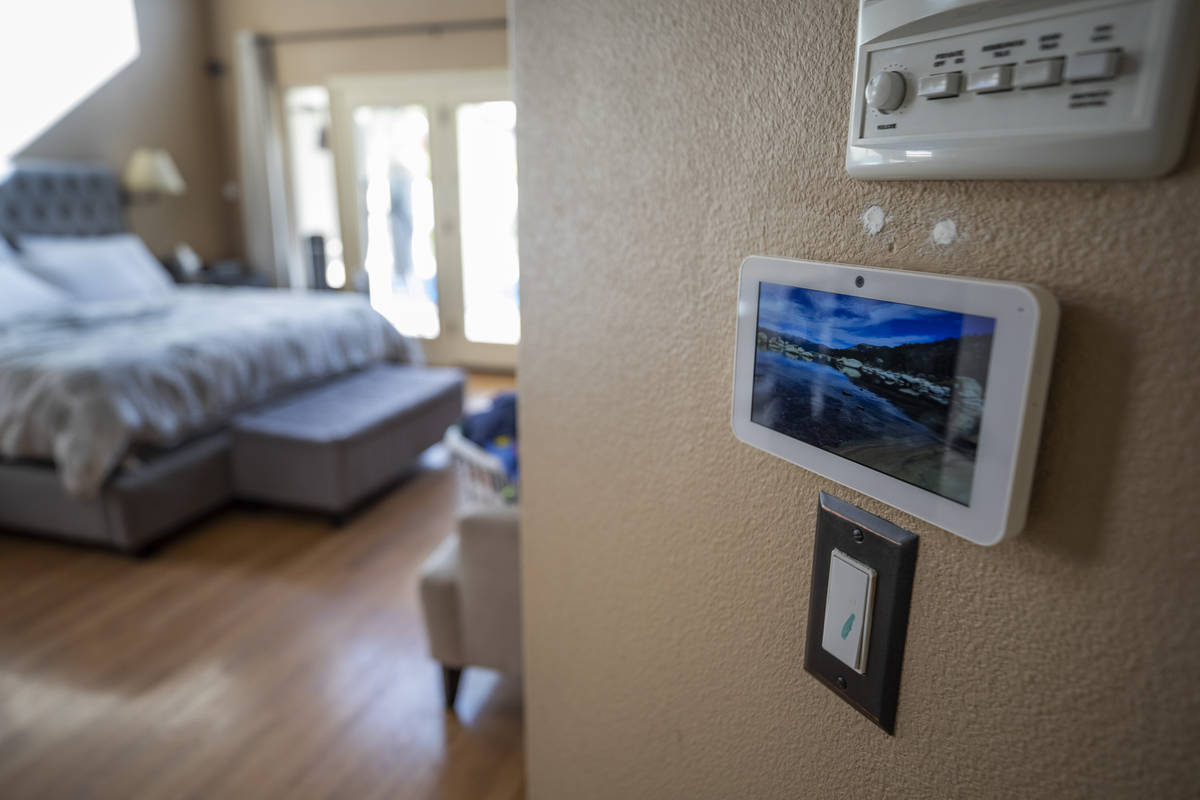 An ADT security system is seen during the installation process, in a home in Las Vegas on Nov. 5, 2020. (Elizabeth Brumley/Las Vegas Review-Journal) 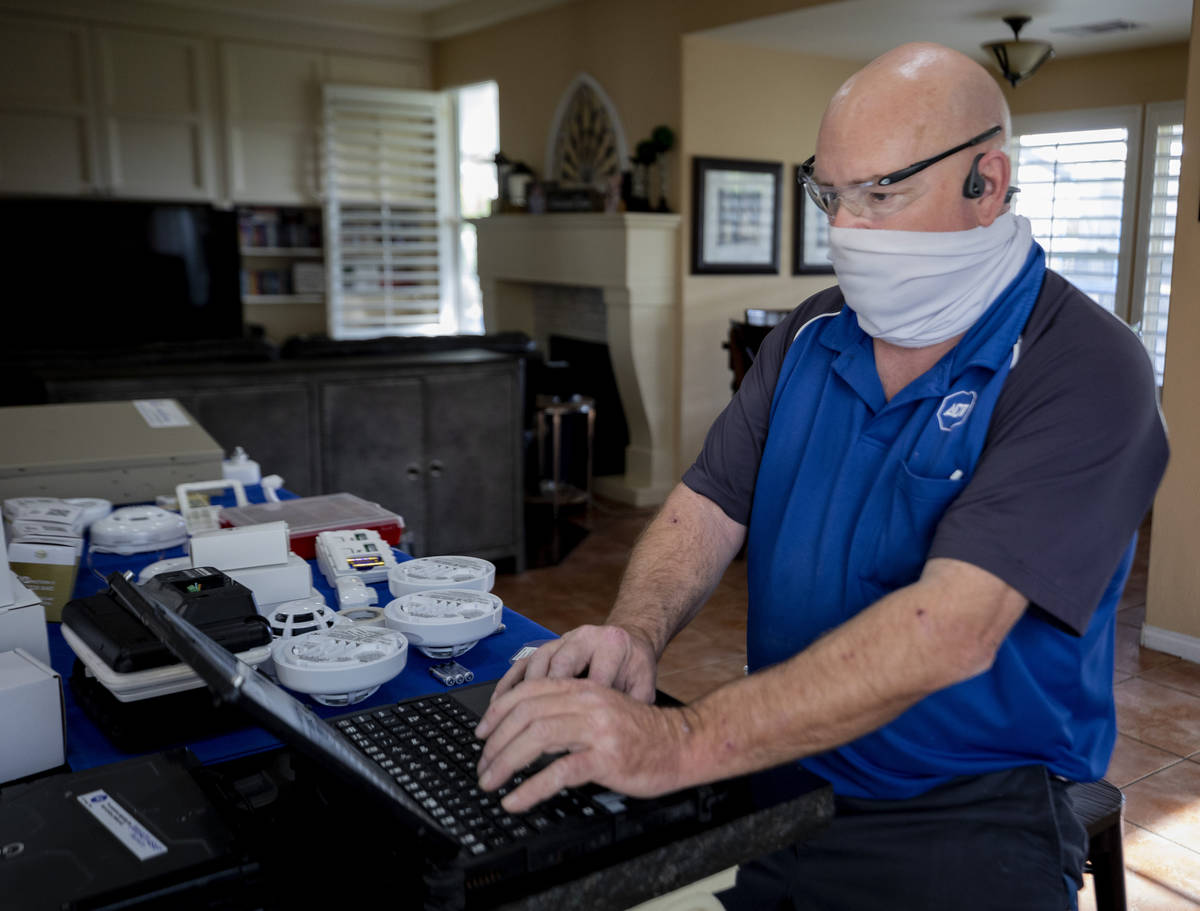 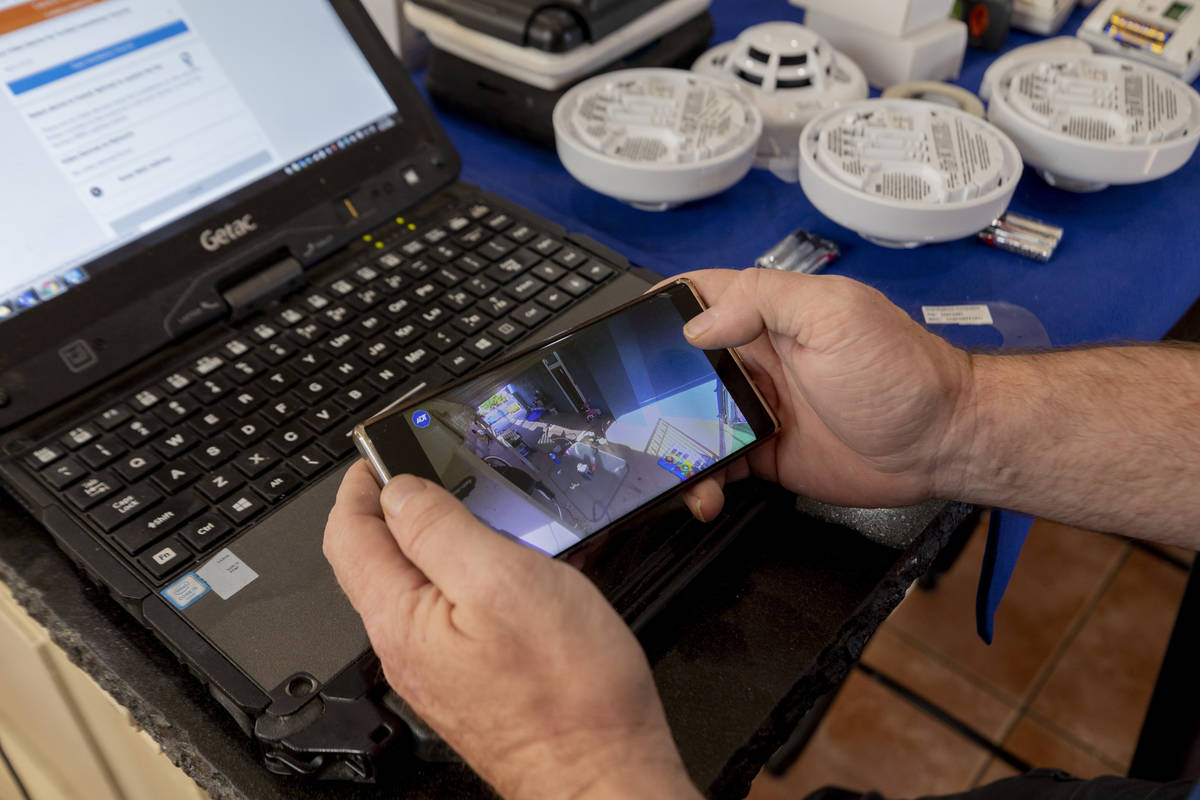 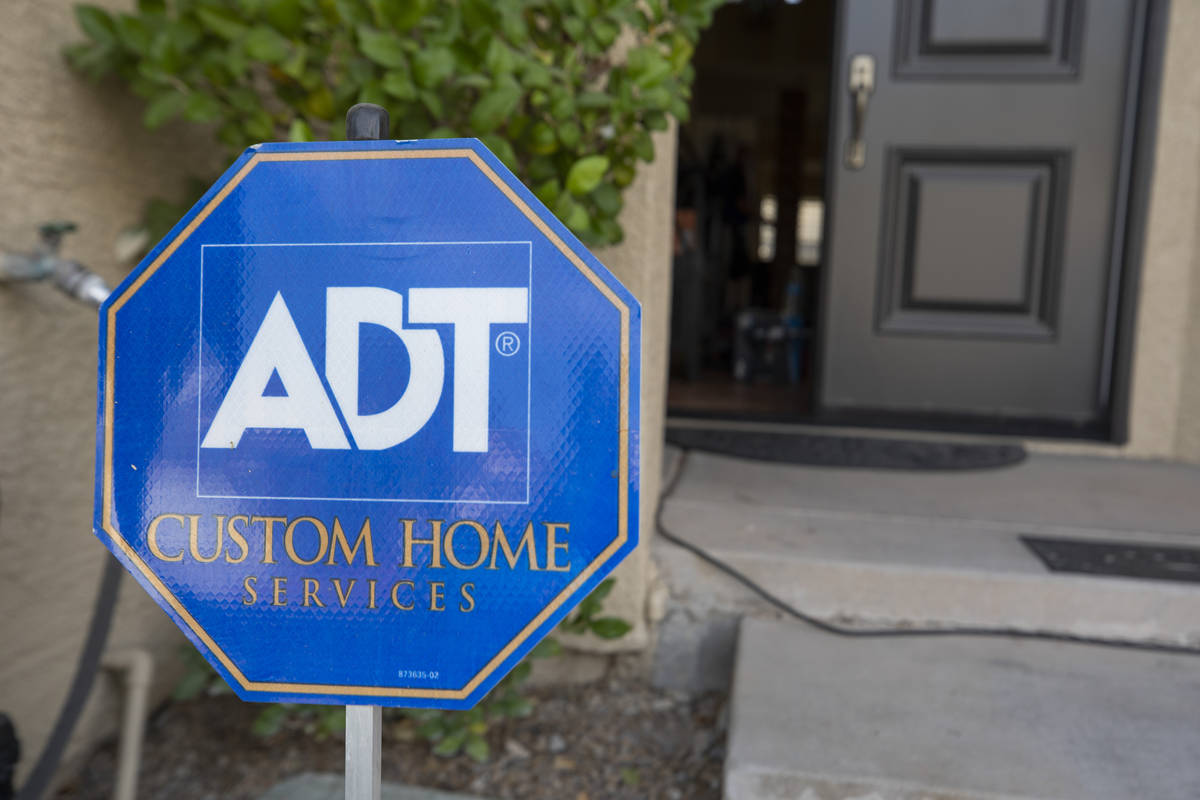 A sign advertising ADT Custom Home Services is seen during an installation of a security system at a home in Las Vegas on Nov. 5, 2020. (Elizabeth Brumley/Las Vegas Review-Journal)

Overall property crimes are down substantially this year, according to data kept by the Metropolitan Police Department, but local home security experts are warning residents to keep their homes safe from holiday burglars.

More than 6,000 burglaries were reported in Las Vegas by the first week of November, which left many residents feeling betrayed and unsafe. Metro Lt. Larry Hadfield said residents must be even more vigilant when planning vacations.

“Securing your home is the first hope of preventing a burglary,” Hadfield said.

He encouraged residents not to leave anything outside that could be used to break in, like lawn tools. Residents also are encouraged to tell a trusted neighbor that they’re going away and who may be coming by to check on the house.

To keep a closer watch on their homes, tens of thousands of Las Vegas Valley residents have installed security cameras, according to ADT spokesperson Chad Korch, general manager of the western branches.

“If you have a home alarm system or cameras, burglars will typically move on to another home,” Korch said. “It’s a lot easier to target homes without security.”

ADT sells a variety of cameras to watch cars, front doors, babies, garages and backyards. Korch said most customers seek a doorbell camera, and setup on any system is usually done in a few hours.

“Something you never want to see is a family that works hard and buys their gifts, only for them to be stolen,” he said. “Thieves are opportunistic.”

Hadfield suggested that residents make their homes look lived in while away by keeping lights on. Korch said home security can include lights that turn on at random times to deter possible burglars.

Korch also suggested not advertising expensive purchases where others may seem them.

“Don’t leave the packaging for that 60-inch flat-screen outside,” he said. “Don’t leave it out front for the garbage man to pick up. Crush up the box.”

The Las Vegas and Los Angeles branches of ADT recently launched an armored guard service with an employee who will pick up packages and ensure that the home is secure.

For snowbirds, part-time Las Vegas residents or people going away for more than three weeks, Las Vegas home watcher J.P. Lalonde said he can be hired to check dozens of things inside and outside the house.

“We look at the exterior for break-ins, damage, irrigation issues or plants dying,” he said. “We take debris and flyers off the door. … We check to see the lights are working and look at the pool to make sure water is clear and moving.”

Lalonde said residents leaving for a longer period should ask the post office to put their mail on hold so the mailbox doesn’t fill up. Residents also should lock their breaker box because burglars sometimes watch a home for days on end before breaking in.

“Burglars can turn the power off,” he said. “They know no one is there because the power will still be off and it gives them a good hint of a house to go in.”

Lalonde is part of the National Home Watch Association, a 330-member organization that accredits home watchers nationwide through background checks and a code of ethics. He said the time it takes him to examine a home is based on how many bathrooms the house has, because each toilet gets flushed, and he checks the sinks to make sure water is running.

“Here in Nevada it’s very dry, and in summertime it takes three weeks to completely dry a toilet,” he said. “Then you start to have a sewage smell or insects. That’s why we flush toilets to make sure the seal is full of water and there’s no chance for air flow.”

Lalonde remembered one Las Vegas client who had been out of town for a few weeks when a neighbor called because the front yard was flooded. Lalonde went into the home and found that a small water leak had led to an inch and a half of water around the whole house.

“It was literally a lake in the house,” he said.

Lalonde said the greatest gift he offers his clients is the peace of mind that comes with knowing their home is protected.

“You roll in bed at night thinking, ‘What’s going on with my house in Las Vegas? Is it safe?’” he said.