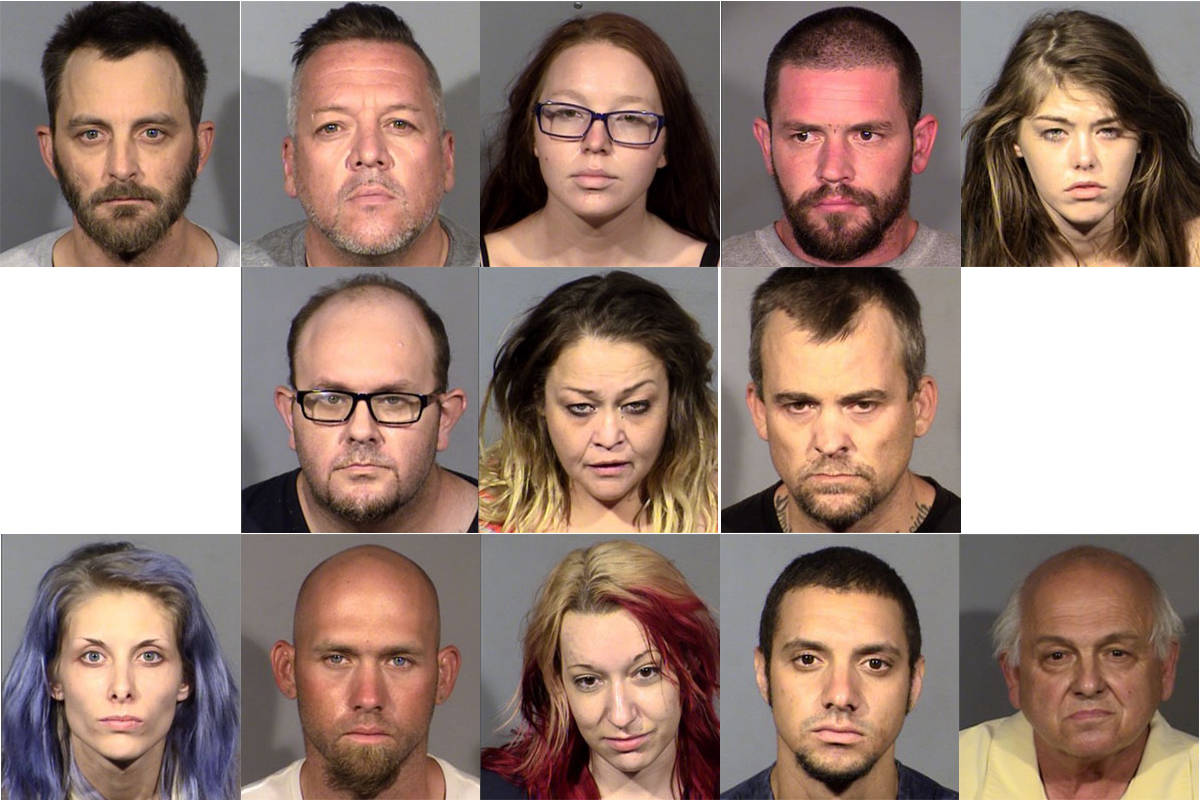 Boulder City police arrested 13 people and seized meth and heroin after uncovering a retail theft ring operating out of Henderson and Las Vegas, police said in a statement Wednesday.

Police identified two men as the main targets of a monthlong investigation following the burglary of a home on Cheyenne Court in Boulder City before determining that the men were distributing stolen property to other people to be pawned or sold, the statement said.

Police seized 20 grams of meth and three grams of heroin, and they recovered stolen items from various retail thefts when executing search warrants at motels and homes in Boulder City.

“The size and impact of this group is surprisingly large for a community our size, but our investigators spent a good deal of time working on leads to find as many conspirators as possible,” Boulder City police Chief Tim Shea said in the statement. “Interestingly, two of the suspects were identified after they appeared on City social media after surveillance cameras caught them stealing a credit card from an elderly resident.”

— Brian Reynolds on charges of possession of a firearm by a prohibited person, grand larceny, burglary, drug trafficking and conspiracy to commit burglary.

— Robert Cristo on charges of burglary, drug trafficking and conspiracy to commit burglary.

— Ruth Bottrell on charges of drug trafficking and conspiracy to commit burglary.

— Neal Gardner on charges of concealing or destroying a firearm, drug trafficking, violation of parole and conspiracy to commit burglary.

— Mary Phillips on a charge of being a fugitive.

— Jason Munson on charges of drug trafficking and burglary.

— Michael Timmerman on charges of drug possession and trafficking.

— William Smith on charges of drug possession and concealing or destroying a firearm.