A U.S. Navy member arrested in Japan on child sexual assault charges is accused of raping a 13-year-old girl last year in North Las Vegas and threatening to kill her if she told anyone, according to an arrest report.

Due to redactions in the report, released to the Review-Journal on Thursday, it was unclear if the girl who reported the suspected rape was the only victim.

Sakari Macrae-Hodgin, 22, was booked into the Clark County Detention Center on Wednesday. His charges include four counts of assaulting a child under 14, according to court records, which show the alleged crimes happened in North Las Vegas.

The Metropolitan Police Department began investigating Macrae-Hodgin in April after a juvenile probation officer told Child Protective Services of a 14-year-old girl who reported she was sexually abused in 2018, according to Macrae-Hodgin’s arrest report.

The girl told detectives that when she was 13, Macrae-Hodgin raped her multiple times. She said Macrae-Hodgin told her that if she told anyone or tried to leave, then “he would hurt her or kill her,” the report said.

One student told detectives that Macrae-Hodgin told her to remove her shirt multiple times, including at least once in Arizona and once in San Bernardino, California. Detectives closed the case “due to (redacted) making no disclosure,” but the information was sent to San Bernardino law enforcement, according to the report.

The subjects of the Child Protective Services reports were unclear due to redactions in the arrest report.

The Naval Criminal Investigative Service arrested Macrae-Hodgin aboard the USS Ronald Reagan at a naval base in Yokosuka, Japan, according to a U.S. Marshals Service news release.

He remained in the Clark County Detention Center on Thursday on $500,000 bail, court records show. 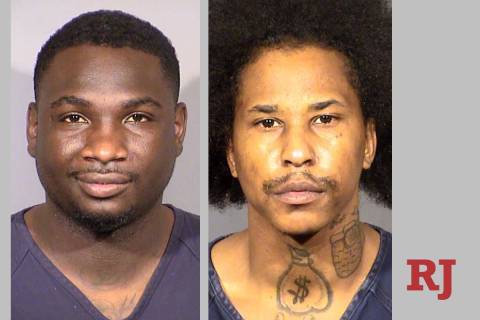