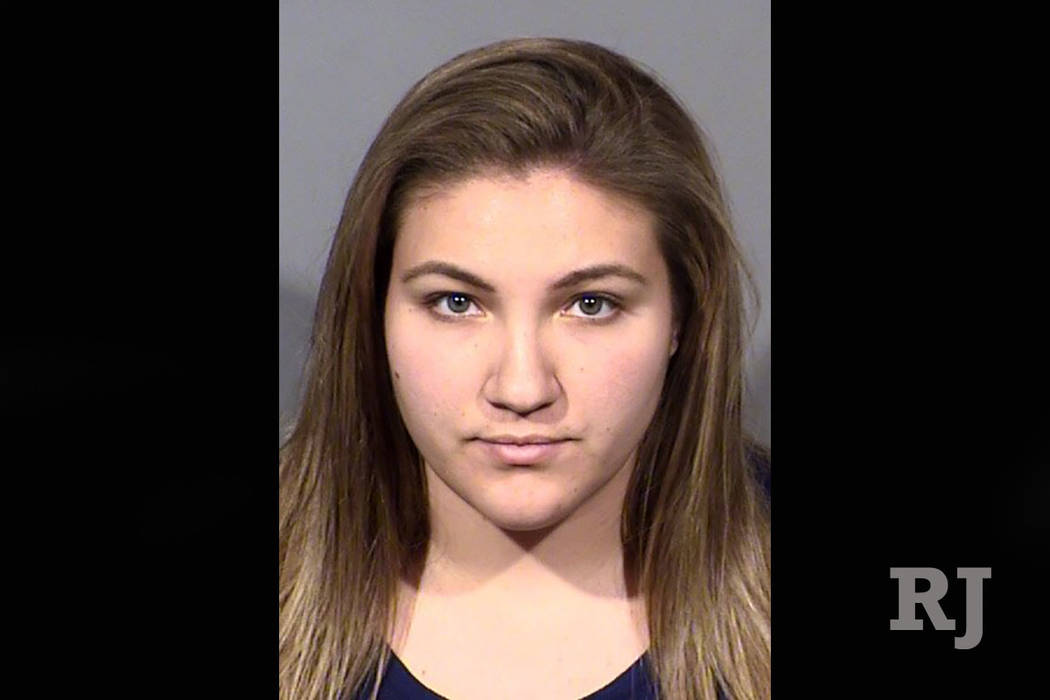 A teacher at Basic High School in Henderson kissed a student and had him over to her house twice, according to her arrest report.

The student and the teacher, 27-year-old Breanna Hernandez, first kissed at her house on Oct. 31, and the student again visited her house on Nov. 3, he told Clark County School District police. The boy’s age was not specified in the arrest report, but the charges suggest he was 14 or 15 at the time.

On Halloween, the student walked to Hernandez’s house, where they kissed on her patio before her husband came home, the report said. On Nov. 3, she picked him up and drove him to her house.

“I went through the back door again, we sat down on the couch, she started to look for something to watch, she laid on my lap, we watched TV and kissed,” the student told police about the second visit.

Hernandez was released from Clark County Detention Center after posting bond, jail and court records indicate. She is facing two counts each of first-degree kidnapping, lewdness with a minor and luring a minor with a computer for a sexual act.

Hernandez and the student began communicating in September via an unspecified app, the report said. On Nov. 7, another student reported finding messages on her phone between Hernandez and the male student, who had used her phone to log into his account but didn’t log out, according to the report.

“The messages led her to believe there was a relationship between the two of them,” the report said.

Hernandez and the boy texted, too, the report said, and they started hanging out together during the second week of October.

One of the messages dated Nov. 3 suggested the two had kissed, the report said.

In another message, according to the report, Hernandez asked the student if he was going to “jump the wall,” which the student later explained referred to a wall in her backyard “because she has a doorbell camera.”

Information police received on Jan. 9 suggested Hernandez had deleted some messages between herself and the student, the report said.

On Nov. 7, the day the student spoke with police, he told officers he and Hernandez talked in her car about ending their relationship.

Hernandez has been assigned to home since November, the release said. She was hired by the school district in 2015.

A judge had set her bail at $5,000 at a court hearing Tuesday. She was ordered to avoid contact with the boy or the child’s family.

Her attorney, Richard Tanasi, said Hernandez is on administrative leave from the school district. He argued in court that she is not a danger to the community. He pointed to family support and said she surrendered to authorities on Monday.

Tanasi did not immediately respond to a message seeking comment on Wednesday.