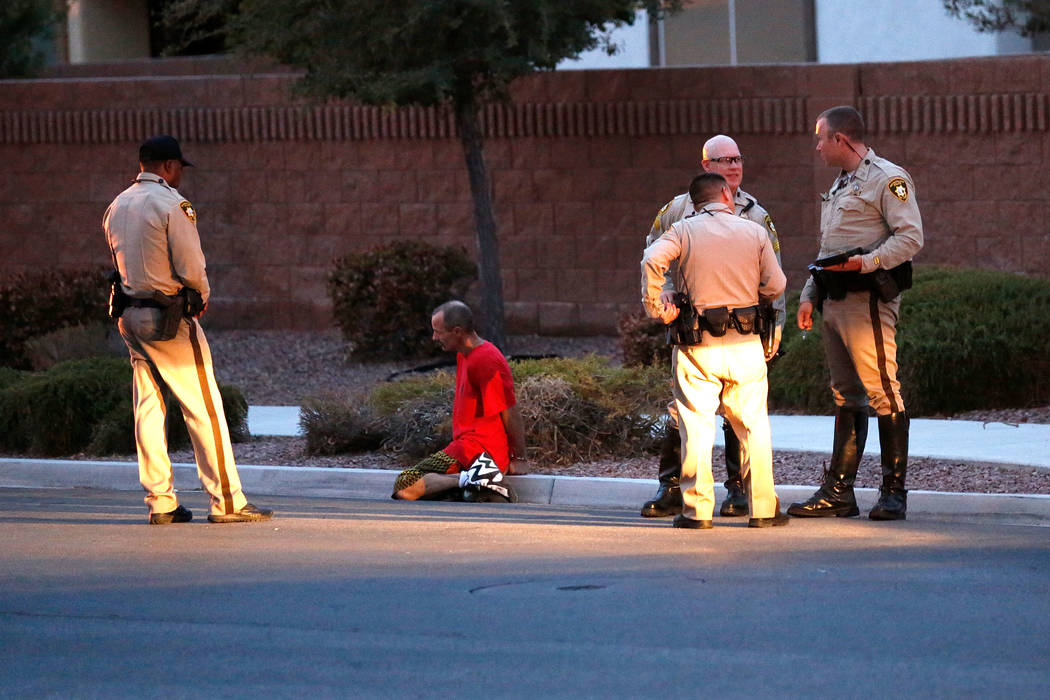 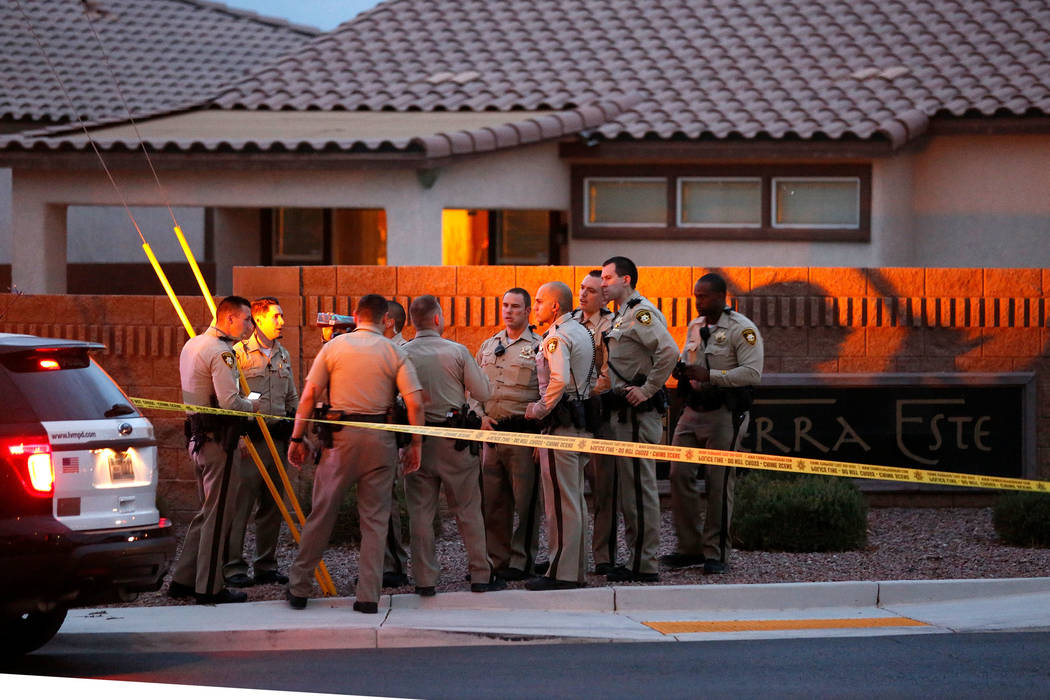 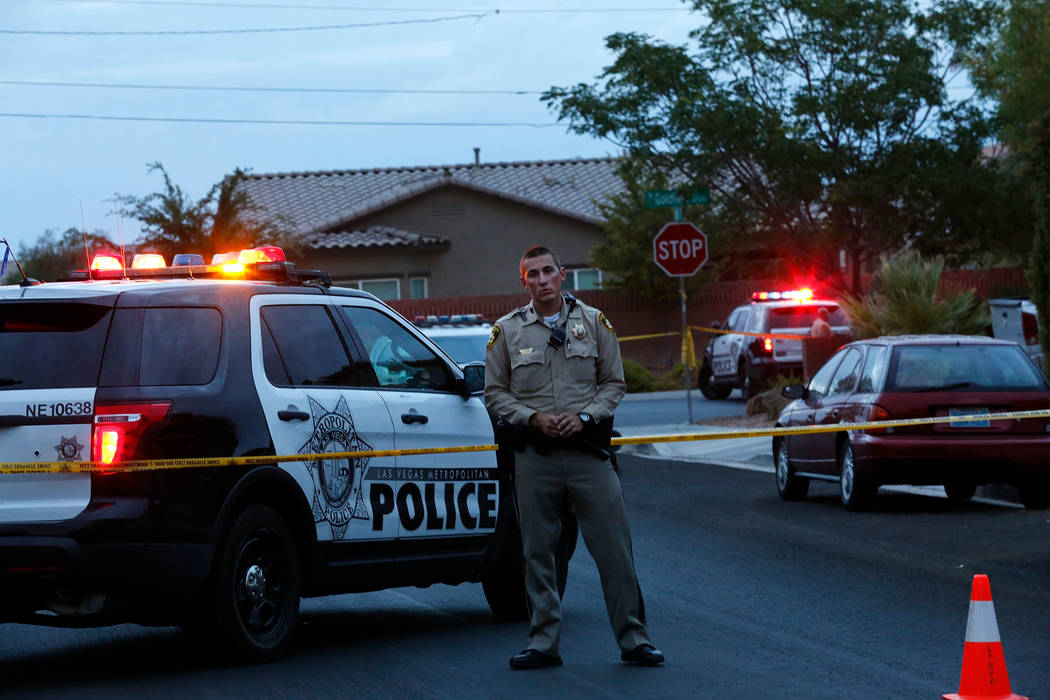 Metropolitan Police Department said Monday’s shooting stemmed from a Sunday shooting, where a man riding a bicycle was shot in the leg by someone in a stolen Honda. About 6:15 p.m. Monday, police were monitoring the Honda when a man, matching the description of Sunday’s shooter, got in the car along with an unknown woman near Rainbow Boulevard and Gowan Road.

Officers tried to pull over the stolen Honda but the driver took off. Police and Metro’s helicopter chased the car across the valley. The chase ended about 7:20 p.m. on the 4600 block of North Goldfield Street near Lone Mountain Road in North Las Vegas when the man bailed from the car.

Capt. Kelly McMahill said the man then pointed a gun and shot two or three times at a field training officer and a trainee. They both shot back, hitting him multiple times.

The woman was shot in the wrist, although it appeared the man shot her during the gunfire exchange, McMahill said. The man’s relationship to her wasn’t immediately clear.

Both were taken to University Medical Center, police said. The man was in critical condition, but McMahill expected both to survive. Officers applied a tourniquet to the man after shooting him.

“He was bleeding pretty badly,” McMahill said. McMahill said police found a gun next to the man and another gun inside the car.

No officers were hurt, Sgt. Jeff Clark said. Metro will name the officers who shot their guns after 48 hours.

Several people came out of a house on Goldfield Street and at least two were arrested, although McMahill said she didn’t know why.

While the incident ended in North Las Vegas, she said, it began in Metro’s jurisdiction.

This is the 13th police shooting by Metro this year.