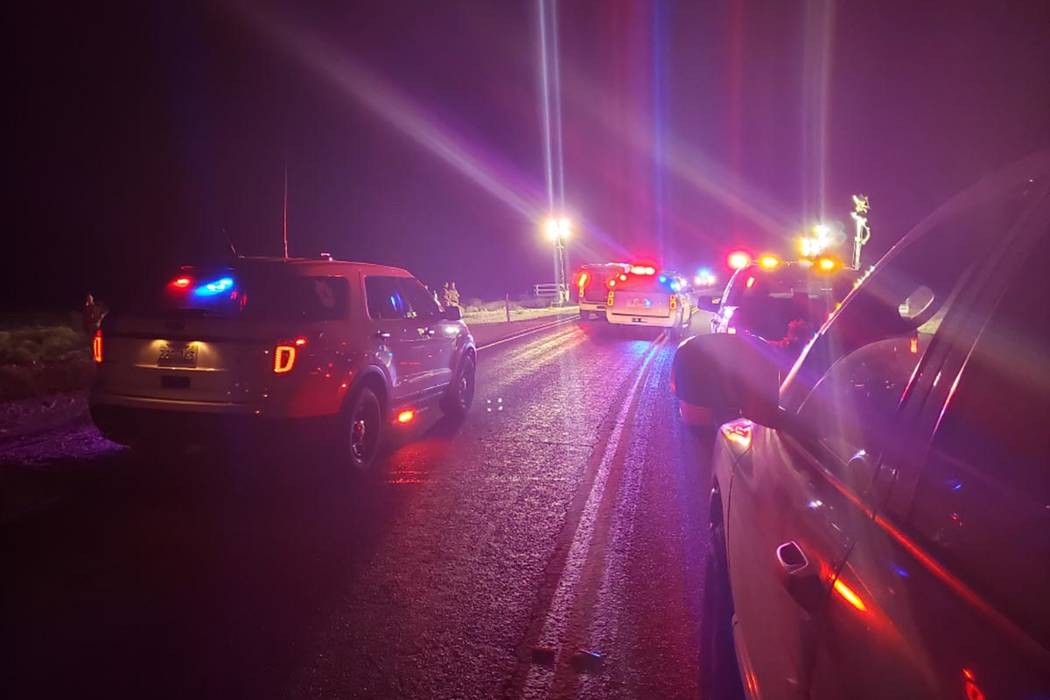 Authorities shot and killed a man after a pursuit Monday evening at the Nevada National Security Site.

A man approached the security gate to the test site in Mercury, about 65 miles northwest of Las Vegas, about 5:20 p.m. and didn’t stop, a news release stated.

He drove about 8 miles past the gate while being chased by test site security officers and Nye County sheriff’s deputies before stopping.

When he did, he got out of his car, approached the authorities with a “cylindrical object in hand” and “refused to adhere to verbal commands,” the release stated.

Security officers and deputies shot the man, who died at the scene. No others were injured.

The FBI has been alerted of the shooting.

The 1,360-square-mile facility is the primary home of the nation’s underground nuclear testing program.

The National Nuclear Security Administration, a Department of Energy agency, oversees the site.