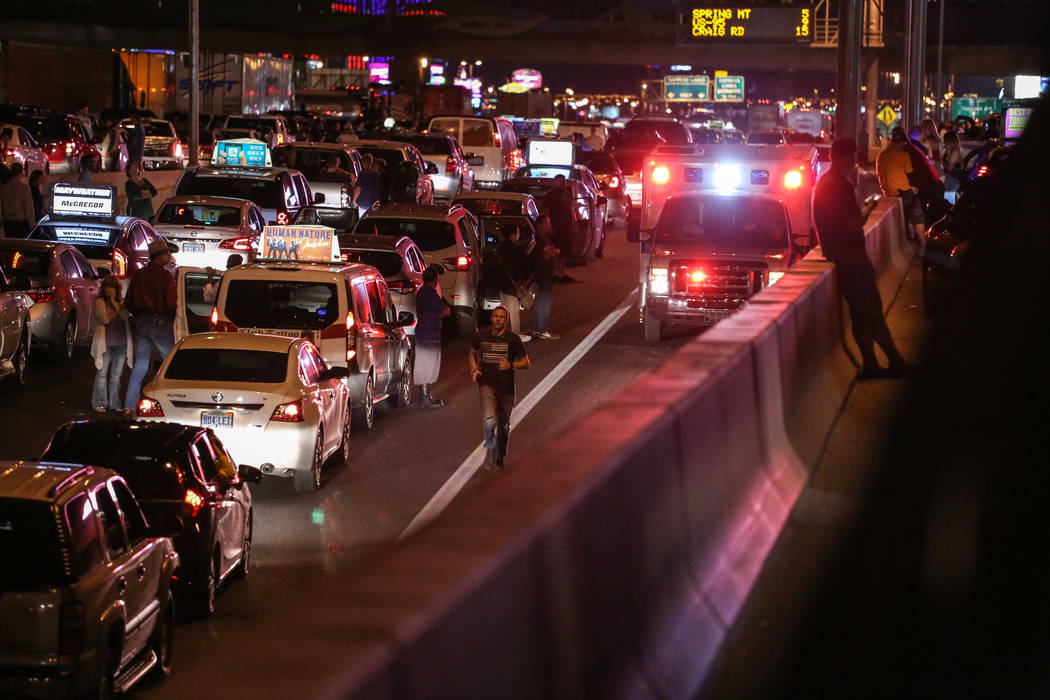 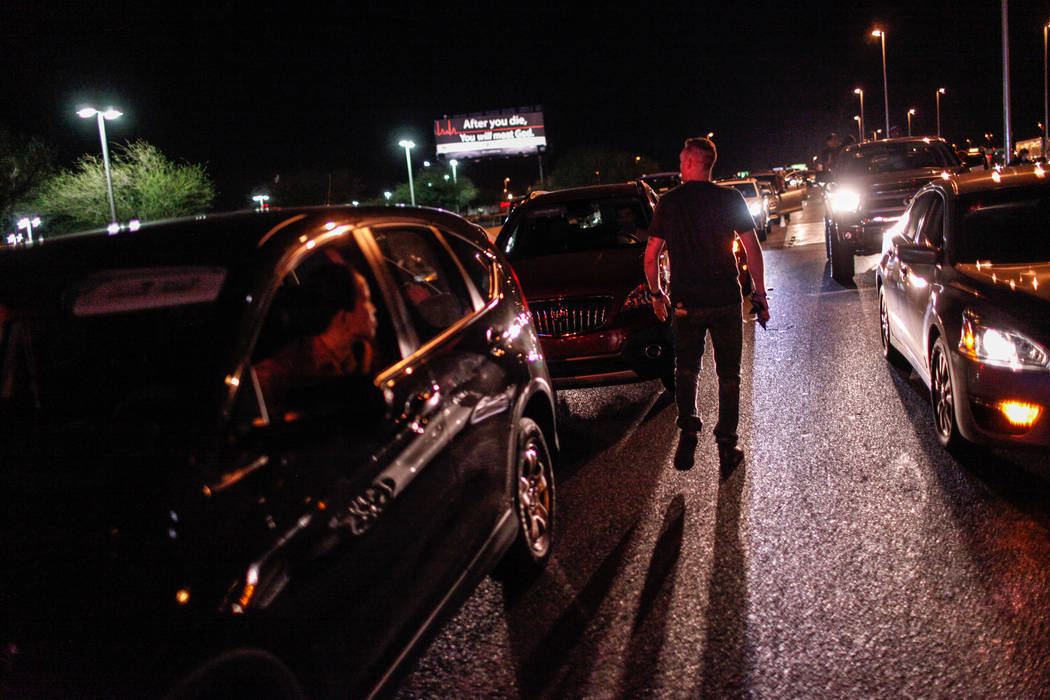 For 2 miles of highway, he ran.

He knocked on car windows. He flashed his police badge. And he urged drivers to steer out of the way.

It was the night of the Route 91 Harvest festival attack, and trailing at his feet on Interstate 15 were SWAT, police and medical vehicles, trying to get through the gridlocked traffic that had somehow leaked into the emergency lane.

Finally, the emergency vehicles were free.

Amburgey turned around and began walking back to the stranger’s truck where his fiancee was now waiting — the same truck that shuttled the couple to safety after they managed to escape the mass shooting that night.

But it wasn’t over. The drivers he had just asked to move were now filing back into the emergency lane. So Amburgey charged forward.

“Knowing more vehicles would be coming I held up my badge every 100 yards or so and yelled for help,” Amburgey wrote in his report about the night of Oct. 1.

As volunteers stepped out of their cars, he explained he needed them to “spread out along the emergency lane” and keep the traffic at bay.

Without hesitation, a few hundred people formed a human chain on the highway for about 30 minutes, creating a clearing for emergency vehicles that allowed them to rush past the gridlock.

“Without those citizens’ help it would have been a much longer delay in getting emergency personnel to the scene,” Amburgey wrote.

The Metropolitan Police Department did not allow the Las Vegas Review-Journal to interview the officer, who in his escape from the festival grounds also helped usher a friend and several strangers to safety.

Amburgey stayed on the highway until about 3:30 a.m., when relatives came and picked up the officer and his fiancee. The two have since married, according to Clark County marriage records.