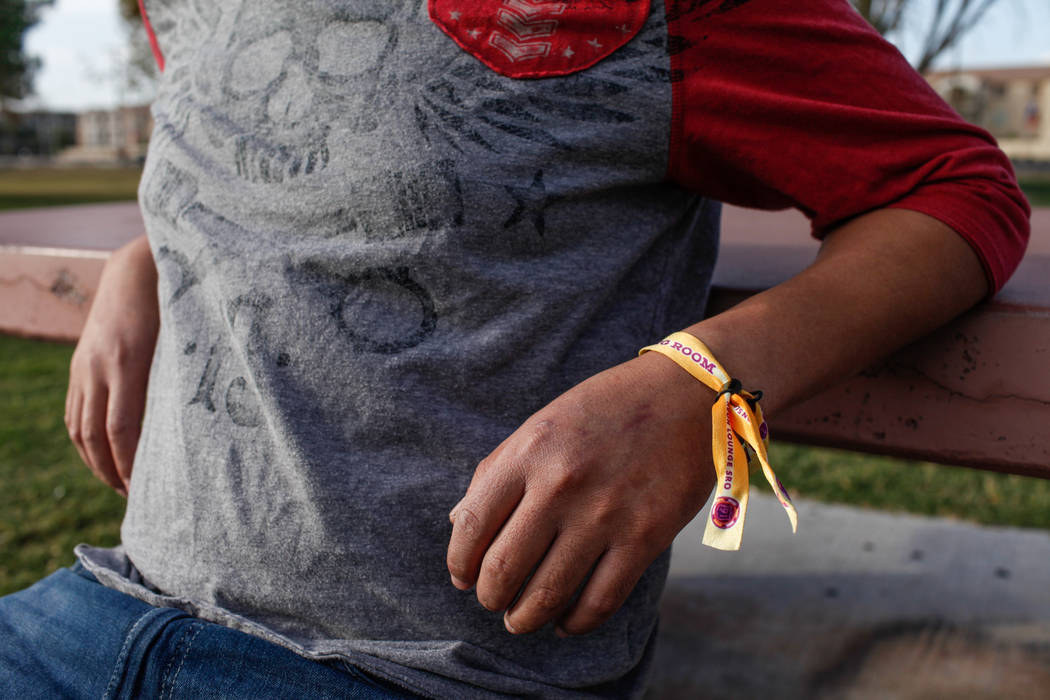 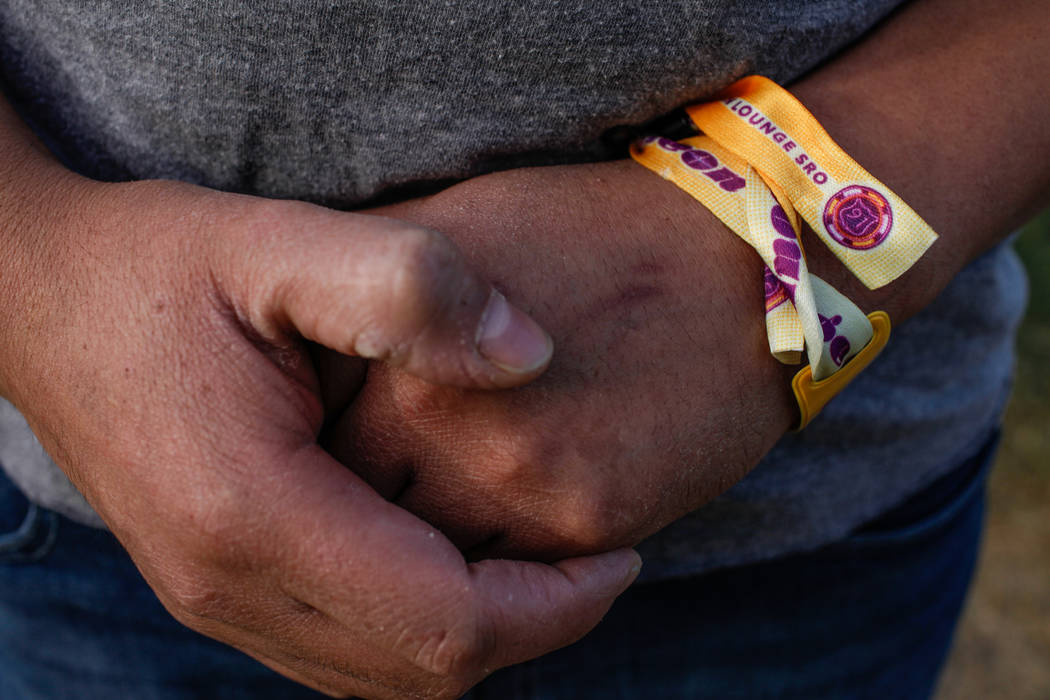 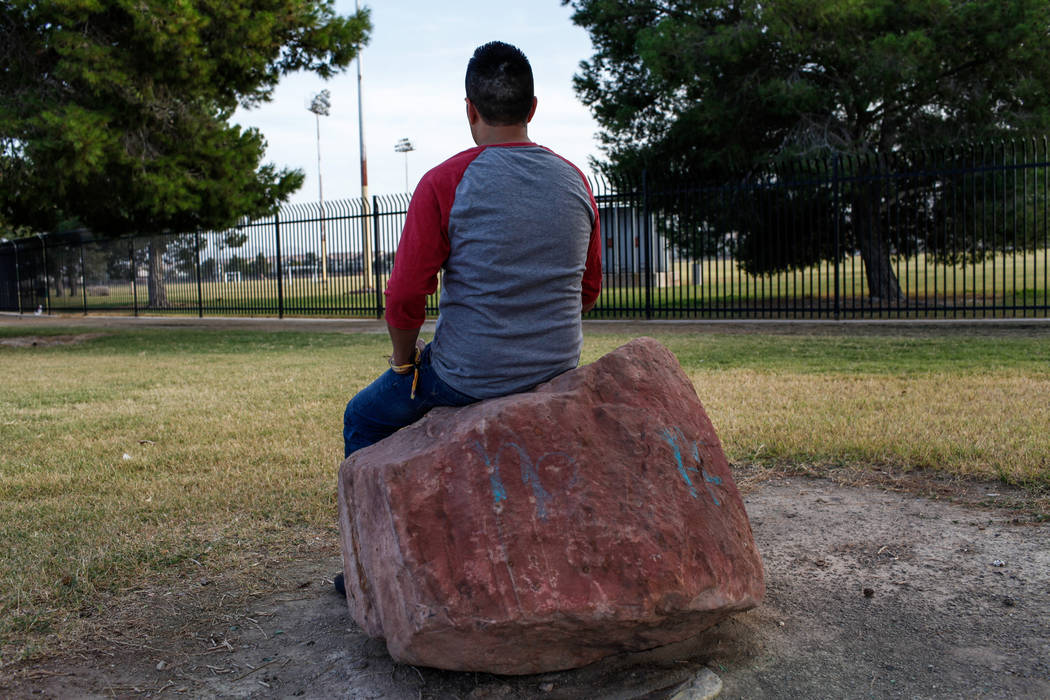 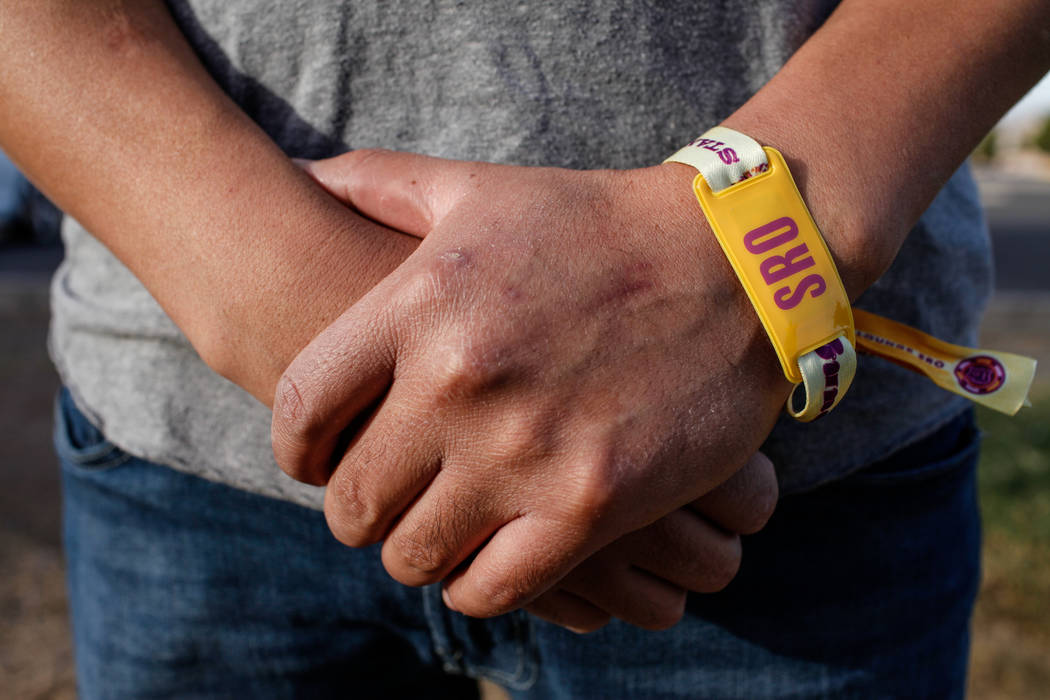 A few dozen undocumented immigrants who were at the Route 91 Harvest festival when a gunman opened fire on the crowd are attempting to turn tragedy into an opportunity.

The immigrants, who either worked at or attended the festival, are applying for what is known as “U nonimmigrant visas,” or U visas for short. The visas are intended to provide protection from deportation for victims of crime who share information that helps police. They also could provide applicants with a path toward citizenship if Las Vegas police or a prosecutor sign off.

The visas are more typically given to victims of sexual assault or domestic violence, but undocumented immigrants or other noncitizens who were at the concert when Stephen Paddock opened fire from the Mandalay Bay, killing 58 people and wounding hundreds more, also could qualify as crime victims, said Michael Kagan, director of UNLV’s Immigration Clinic.

He said a person doesn’t have to “know where the smoking gun is” to provide witness testimony that aids police, which would qualify them for a U visa. Just sharing their account is enough, he said.

History doesn’t necessarily support his view. After the 9/11 attacks, only three of 14 people who shared their accounts of the incident — and their illegal immigration status — with investigators received approval from federal prosecutor to apply for U visas. The rest were deemed unhelpful to the police investigation, which prevented them from proceeding with the U visa applications.

And Gadi Zohar, an immigration attorney based in New York, said he considers such efforts to procure visas a departure from the program’s original intent, which was created to help police prosecute criminals in smaller-scale crimes, like domestic violence, with the help of victims who would otherwise never come forward for fear of deportation.

“Anytime there’s a tragedy, there’s going to be people who will want to take advantage of (it),” he said. He said that extends not just to immigrants but unqualified people who claim they can offer legal assistance to prospective applicants, he said.

Alex, a 35-year-old Mexican immigrant who has been living in the United States illegally since he crossed the border nearly 20 years ago, is one of a few dozen undocumented immigrants, by Kagan’s estimate, who are in the initial stages of pursuing U visas because of their presence at the concert.

Alex said he was sitting in the VIP tent at the show thanks to a ticket given to him by a friend, when the shooting began. He remembers the silence of concertgoers near him, confused after the first shots rang out.

He said he ran straight for Mandalay Bay and could see the flashes from gunfire coming from the 32nd floor. He ended up sheltering inside the resort until about 4 a.m.

Alex, who spoke on condition that his surname not be used out of fear of deportation, said he wants to share his story with police because he feels it’s his civic duty.

He said his friends persuaded him that telling his story might be his shot to become an American citizen.

Alex and other applicants face a long road before that could happen.

First they must be interviewed by police and undergo psychiatric evaluation. U visas are meant for those who have suffered physical or mental abuse or distress.

Olivares, a Las Vegas psychologist. She is working with Assemblyman Edgar Flores, D-Las Vegas, to compile U visa applications after the Oct. 1 shooting.

Olivares looks for signs of depression, or mood changes. A loss of interest in daily activities is also a symptom of trauma. She creates a report based on her evaluation. Sometimes, she said, she won’t find symptoms of mental distress, in which case it’s up to an attorney to decide if the application is worthwhile.

With a psychiatric evaluation showing trauma, police must sign off that the applicant provided valuable testimony. Then the applicant must pay a $930 application fee, required only of those who entered the U.S. unlawfully, and mail the application to the Citizenship and Immigration Services office for approval.

Once an application is mailed, it might take two or three years for USCIS to issue a decision.

If it is granted, the U visa extends to the spouse and children of the petitioner as well as parents and unmarried, minor siblings of petitioners under 21.

After three years with a U visa, an immigrant can apply for a green card — and five years later, citizenship.

It could be difficult for witnesses to the Las Vegas shooting, said Zohar, the New York immigration attorney, because police already know the identity of the shooter and believe he acted alone.

“I don’t see how they could be helpful in a prosecution,” Zohar said. “It’s a little bit of a tricky thing, because the whole point of a U visa is whoever the person that’s affected is supposed to be helping police solve the crime, or solve the mystery.”

But Kagan, who runs the UNLV Immigration Clinic, said being fired upon meets the intent of the U visa program.

“If you look at it in sort of a more concrete, legal sense, someone who’s been shot at by a firearm would, in a normal case, have a fairly good chance at a U visa,” he said. “What’s awful about Oct. 1 is that there are now many people in Las Vegas who have been the victim of attempted murder.”

It will be up to the Metropolitan Police Department to decide whether victim statements should be sent to U.S. Citizenship and Immigration Services for consideration. Metro did not respond to calls from the Review-Journal seeking comment.

Kagan, whose clinic is representing two undocumented immigrants who were working at the festival during the attack, said the department needs to establish “a clear procedure” for approving and vetting cases.

“We’ve got dozens of people who are potentially involved, and you don’t want the fear that someone dishonest will lead to lack of trust for the whole system of those who were there,” he said.

But Zohar said it’s not enough to have been present at the concert. It’s about being a good witness.

“I would suspect in a situation like this, the police aren’t going to just certify everyone’s U visa,” he said. “If they are getting a huge amount of people, they’re just going to have to go one-by-one and see who is pertinent to the investigation, and who isn’t.”